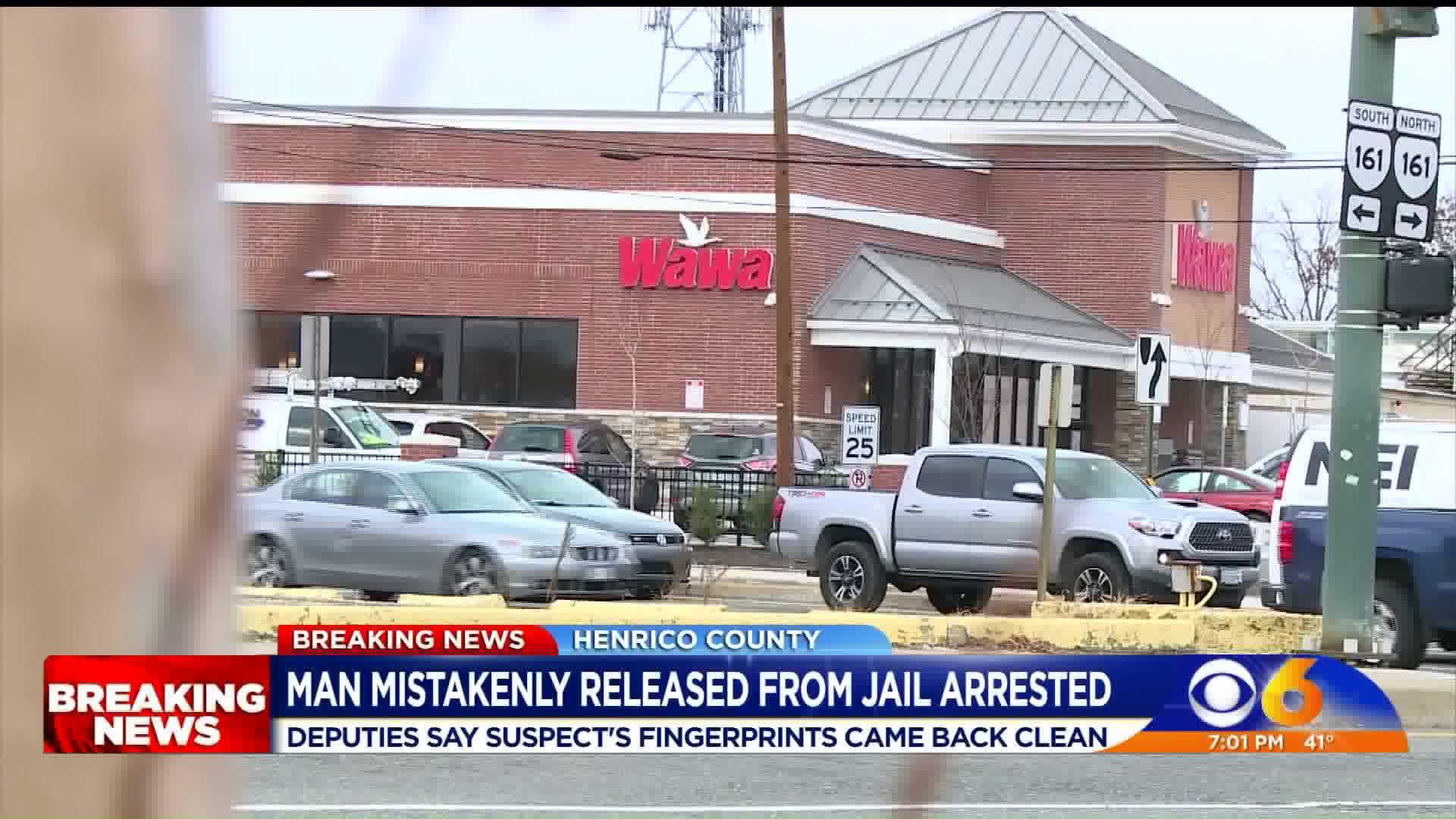 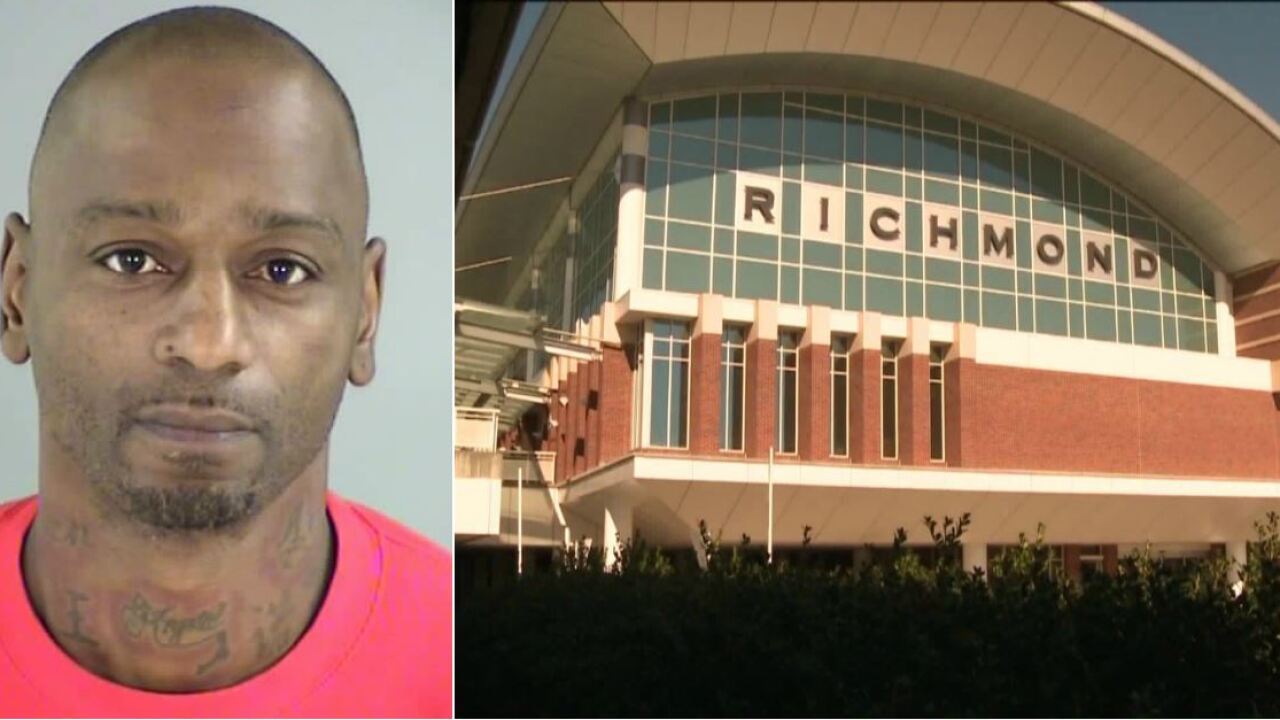 HENRICO COUNTY, Va. -- A man convicted of manslaughter, released early from prison and later re-arrested at Richmond International Airport, was arrested Monday  in Jackson, Mississippi after mistakenly being released from Henrico jail Sunday.

Christopher Clausell, 47, was released from the custody of Mississippi Department of Corrections (MDOC), according to Inspector Carlos Cosby with the US Marshal’s Office.

As part of his earned release supervision in April 2018, Clausell -- who was sentenced to 20 years in prison for manslaughter -- was not allowed to leave the state and was required to stay in contact with his probation officer.

No hits, nor warrants initially appeared in the system.

Clausell (as Jenkins) was taken to the Magistrate's Office where was granted bond and released from custody, Coleman said.

"Normally what happens when those fingerprints are run, if there’s a hit, it’ll come back pretty quickly and let you know that person has matched up with some fingerprints that are already on file for committed a crime," Henrico Sheriff's Chief Deputy Ann Felton explained.

Felton said they're investigating themselves what went wrong.

“If you’d run the fingerprints twice and you’ve done everything you can. At that point you have communicate with people, users of the systems to go back and see where the glitch was,” she explained. “We are going to check what happened with the system this time because at this point we just don’t know.”

About an hour after his release, the airport police called Henrico jail about Jenkins and informed the sheriff's office about the man's true identity.

When deputies ran Clausell's name through NCIC/VCIN, it came back as a match on the name as well as the fingerprints.

By this time, according to Coleman, Clausell had been out of custody for about two hours.

Meanwhile, at approximately 10:31 a.m., Richmond Police said a man they now believe to be Clausell stole a car at the Wawa on Arthur Ashe Boulevard.

"The victim parked his rental car, a white Chevrolet Impala, at a pump and left the vehicle running while he went into the store," a Richmond Police spokesperson said. "An adult male suspect believed to be Christopher Clausell got into the driver’s seat and drove out of the parking lot at a high rate of speed."

The white Impala was last seen driving north on N Arthur Ashe Blvd toward the Interstate 64/95N on-ramp, according to Richmond Police.

Clausell was seen on I-64 headed in the direction of Short Pump, Crime Insider sources told Jon Burkett.

Clausell is wanted in Richmond for grand larceny.

The US Marshal’s Office wants him for violating his probation.

Clausell was sentenced to 20 years in prison on 2007 manslaughter, according to online records.

Cosby said Clausell does not want to go back to jail and avoiding capture.

The U.S. Marshal’s Office is currently investigating why he was in Richmond.

"The MDOC issued a warrant for him after he was arrested on Nov. 11, 2019, on a possession of a controlled substance charged and placed in the Jackson County Jail," a MDOC spokesperson said in a statement. "He posted bond on Nov. 13, 2019, before he could be transferred back to MDOC, pending a hearing on the status of his earned release supervision."

Holly Morris, a public affairs specialist with the FBI’s Criminal Justice Information Services division said the FBI did not comment on active cases.

Clausell is described as a black male, 6′ 1″, approximately 130 pounds with tattoos on his neck, chest, and left arm.

You’re urged to call 911 or the U.S. Marshal’s Office if you see Clausell.