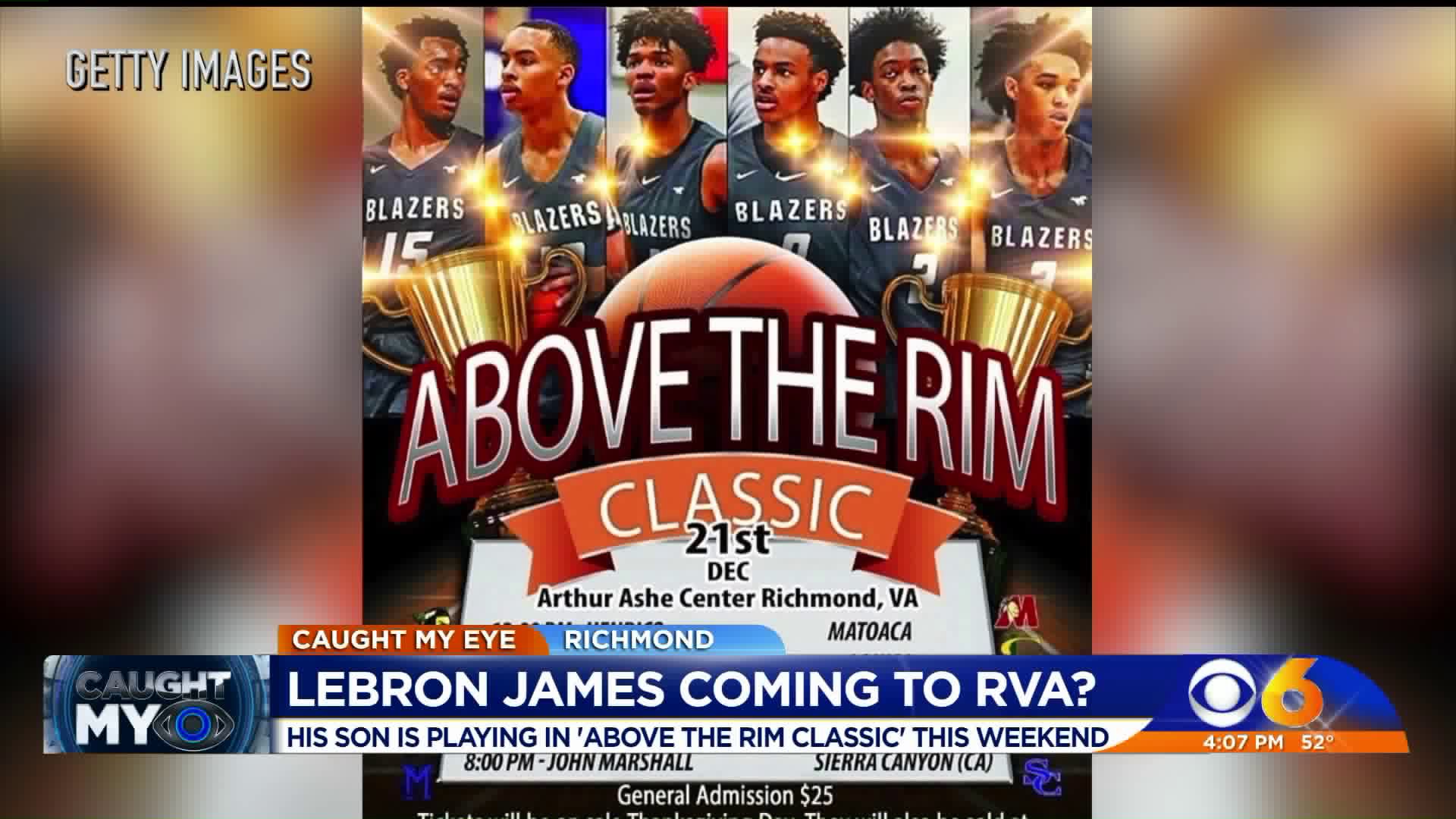 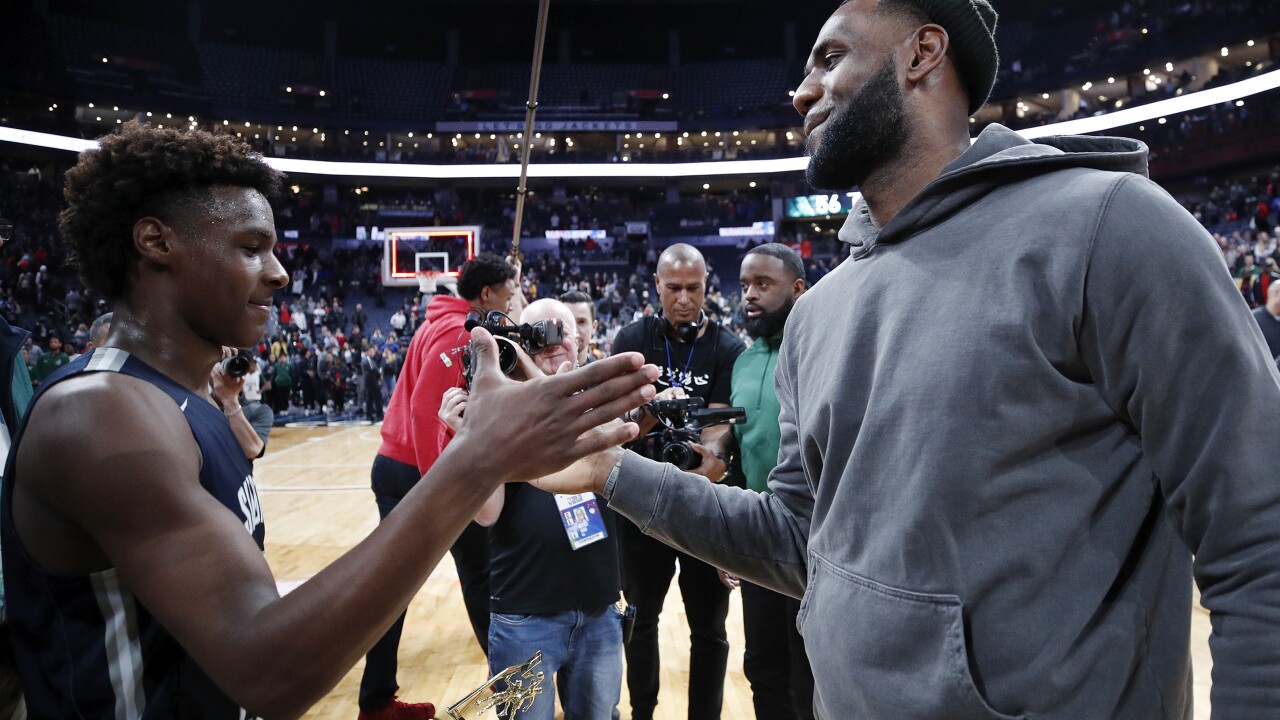 RICHMOND, Va. -- Sierra Canyon, headlined by Bronny James, son of LeBron James, will be in Richmond over the weekend for a game against the John Marshall Justices in the Above the Rim Classic.

Sierra Canyon from Chatsworth, California will represent a stiff test for John Marshall as the Trailblazers are ranked No. 2 in the nation by MaxPreps.

“To get a high-profile team like this is definitely great… for the whole area,” said Lawson.

The highly anticipated high school basketball event sold out more than 5,000 tickets in only nine hours.

John Marshall, led by 4-star junior Roosevelt Wheeler, also come into the matchup with some pedigree. The Justices won the Class 3 state title in 2018 and reached the state semifinal last season.

Lawson says he expects a great game and believes the Justices, led by head coach Ty White, could shock some people.

“Great game. Great team coached by coach White. It’s def going to propel them onto the national stage where they deserve to me,” said Lawson.

LeBron James and the Los Angeles Lakers are off Saturday night, but Lawson says there is no word if the NBA great will be in attendance to see his son in action.

“It would def be great to see him. Even though he may be off. He has practice and other things to do,” said Lawson. “I know he def wants to see his son play. It would be great, not only for Petersburg and Richmond but also for the state of Virginia.”

Although James doesn’t play Saturday, the Lakers are slated to play the Denver Nuggets Sunday evening in Los Angeles.

Some of the proceeds from the Above the Rim Classic will go to Lawson’s foundation, Rise Up 4 Greatness, which helps support the youth in Petersburg and surrounding communities. This includes social change programs and scholarships.

“We are going to start giving scholarships to students. Just give back to the community to help kids go to the next level,” said Lawson.