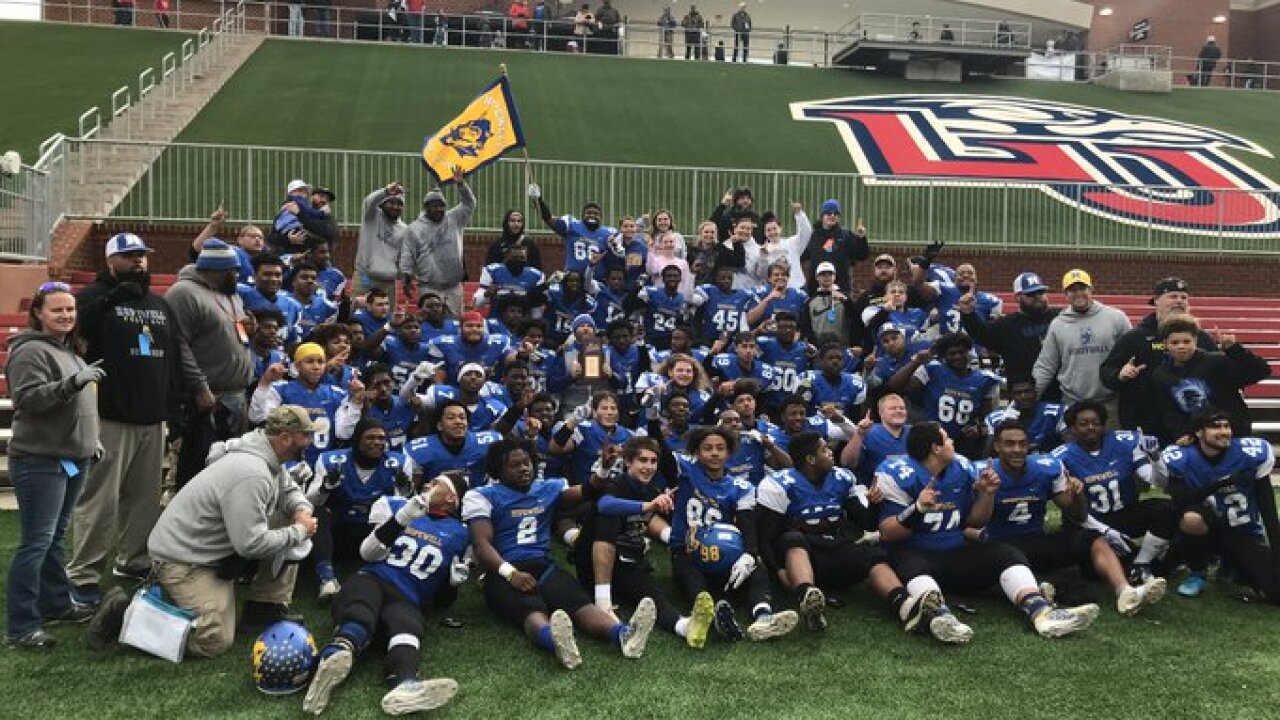 Lynchburg, Va. – Treveyon Henderson ran for 224 yards and scored 4 total touchdowns as the Hopewell Blue Devils scored on their second play from scrimmage and cruised to a 35-7 win over Lord Botetourt on Saturday at Williams Stadium in Lynchburg.

The win gives Ricky Irby’s team the Class 3 state title, their second in the last 3 years, and the sixth state title in school history.

“Today was our day” Irby said after the win. “I thought we had a great game plan and these guys executed it. They did an awesome job”.

Henderson, the junior RB/DB who has a scholarship offer from practically every powerhouse college football program you can think of, was again the workhorse of the Blue Devil offense. He also caught a 23 yard screen pass for a score in the fourth quarter.

“He’s a special player” Irby said of Henderson. “Our guys up front stuck with it. That’s (Lord Botetourt) a big football team we just played. I was proud of everyone. The defense stepped up and played big for us.”

The Cavaliers lone touchdown came on an interception return for a score, meaning the Blue Devil defense pitched a shutout, and even scored on a great play by Kaiveon Cox who knocked a pitch play out of the air and returned the fumble for a score.

“We wanted to force them into throwing the ball” Irby explained. “Our DBs made plays when they did throw the ball. We knew we weren’t going to stop their run but we wanted to slow it down a little bit”.

Hunter Rice, Botetourt’s 6-foot, 220-pound running back has a scholarship offer from UVA. He ran 36 times for 160 yards, but the Cavaliers also turned the ball over 4 times including 2 interceptions.

Hopewell finishes their fourth undefeated season in school history, but the first in which they went 15-0. Seven of those 15 wins came against teams higher than Class 3, meaning with larger student enrollments.