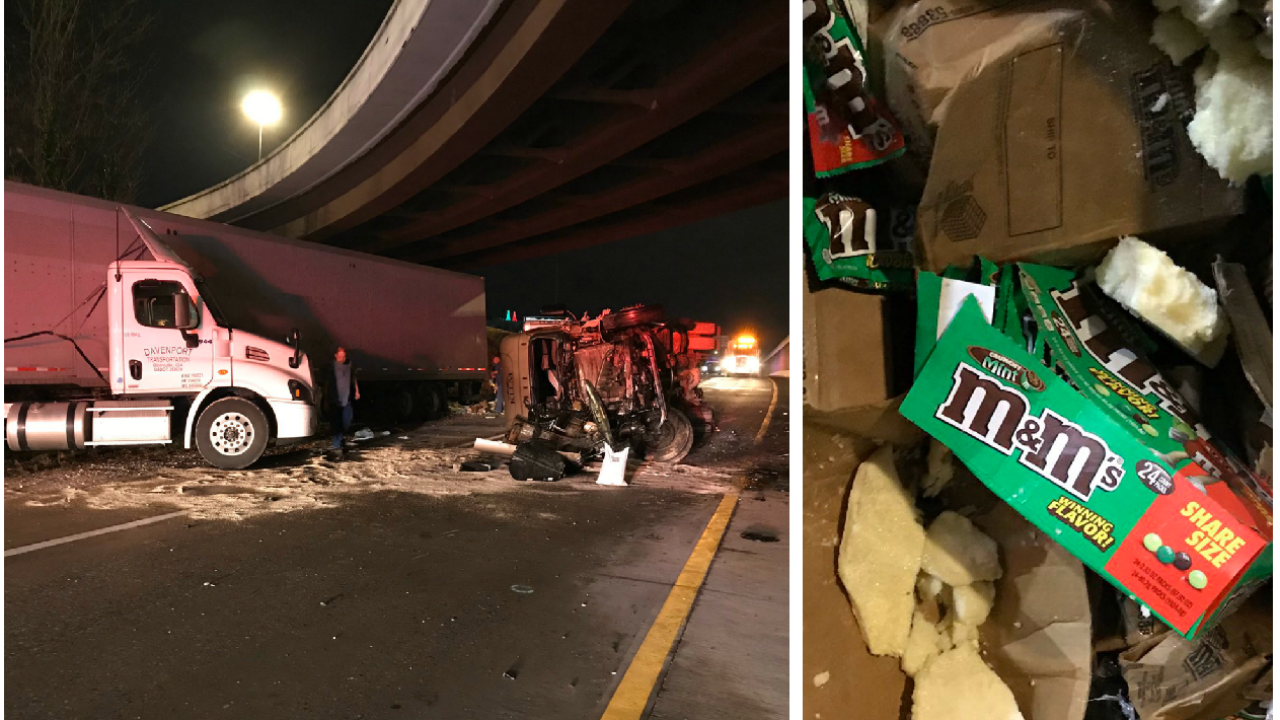 A crash early Friday morning near Knoxville, Tennessee, spilled more than 17 tons of M&M’s onto an interstate ramp.

Police said they responded to the tractor-trailer crash on the Interstate 40 east exit ramp around 5:32 a.m.

Candy company Mars Wrigley said the truck was transporting the candy from a manufacturing plant in Cleveland, Tennessee. Police believe that the driver of the tractor trailer, whom they did not name, swerved to miss hitting something on the exit ramp.

The I-40 Eastbound ramp to Papermill Drive will be closed for several hours due to an overturned tractor trailer carrying approximately 35,000 pounds of candy. pic.twitter.com/kgNqXU6wl1

The truck then plowed into a ditch, hit the concrete barrier on the left shoulder before rolling onto its passenger side. It came to rest after it clipped a second tractor trailer that was parked on the shoulder.

Knoxville Fire Department also responded because they had to remove the driver from the cab of the overturned truck. CNN has reached out to the driver’s trucking company, KLLM Transport Services, for comment but has not received a response.

Police said the driver of the candy truck was transported to the University of Tennessee Medical Center for treatment to injuries, “that were not believed to be serious in nature.”

Although the M&M’s appear to have been in their packaging, that doesn’t mean they’re being salvaged.

And for the record, the tractor-trailer was carrying M&Ms… pic.twitter.com/wPIJnhReaf

“Due to our strict quality and food safety protocols none of the product has been salvaged,” Caitlin Kemper, Mars Wrigley spokesperson, told CNN.