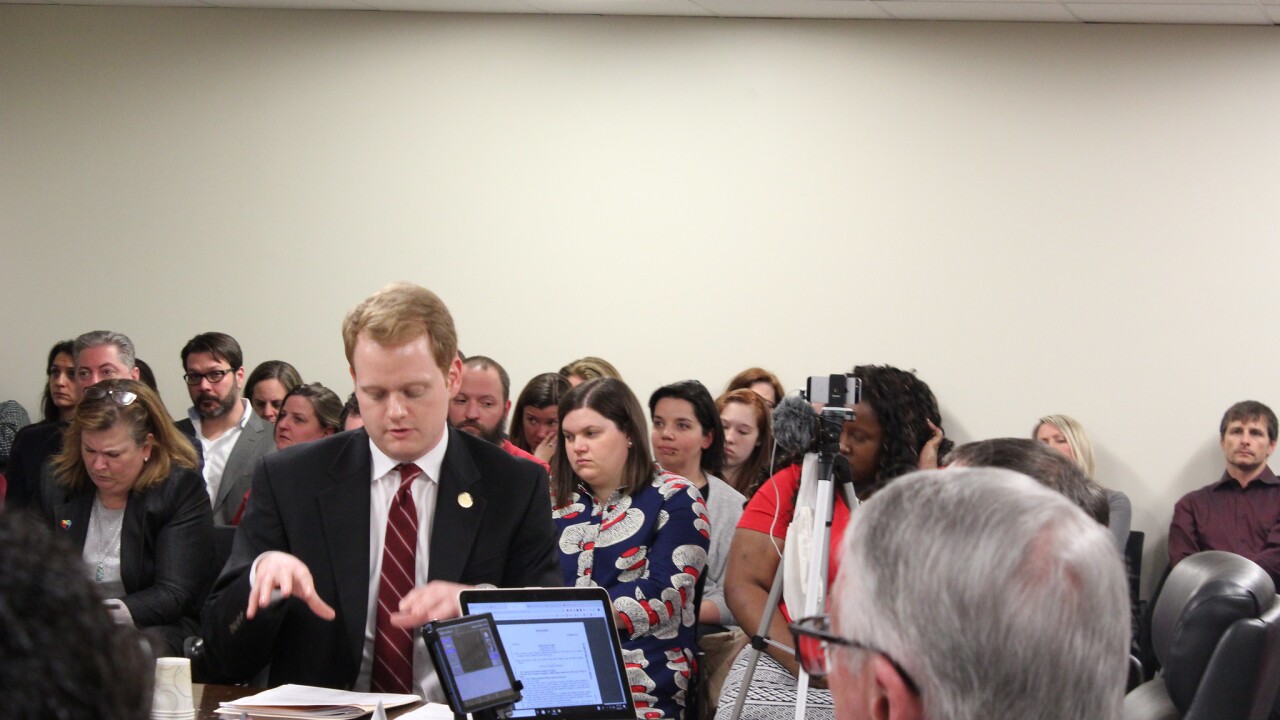 Del. Chris Hurst, D-Blacksburg, introduced HB36 to protect the rights of student journalists from censorship and student media advisers from punishment. The 12th District delegate first introduced the bill [lis.virginia.gov] in the 2019 session with co-patron Del. Danica Roem, D-Prince William, but the bill died in a subcommittee vote, 5-3.

The bill ensures the right of student journalists to exercise freedom of speech in school-sponsored media even if the publication receives financial support or is provided facilities from the school.

Roem filed HB113 on Friday, a bill to shield reporters from having to disclose confidential sources. Introduced for the third year in a row, the bill would protect members of the press from being forced by state courts to reveal the identity of anonymous sources.

Both Hurst and Roem are seasoned journalists who said they understand the importance of prioritizing the protection of reporters, both students and professionals. Hurst was formerly an anchor for Roanoke television station WDBJ and Roem reported in Prince William County.

“This legislation is important because it restores basic protections for student journalists throughout Virginia from unnecessary censorship by administrators,” Hurst said of his bill. “For too long, articles concerning subjects that are worthwhile and newsworthy have been blocked by those in power for less than legitimate reasons.”

The bill is similar to others around the country referred to as “New Voices” bills, efforted by a student-led movement of advocates who seek to counteract the 1988 Supreme Court [splc.org]decision which ruled schools may censor student-publications to an extent. Such legislation has passed in 14 states, half within the past four years, according to the Student Press Law Center.

With Hurst’s bill, schools could still intervene if the content is deemed libelous or slanderous, creates clear danger, is an unwarranted invasion of privacy, or if it violates federal or state law. The bill creates protections for public middle schools and high schools and public institutions of higher education, but excludes private schools.

“While I am certainly dismayed by recent examples of censorship at private schools, our intention is not to regulate those institutions,” Hurst said. “And as a matter of political philosophy, I prefer not to regulate institutions that are not in the public domain as a member of the House Education Committee.”

Student journalists in Virginia have faced school censorship. When the bill was introduced last year, 10 students and advisers who experienced censorship or job retaliation submitted written testimony, and three addressed the subcommittee.

In May, students in a broadcast news class at Maury High School in Norfolk had one of their videos removed from their YouTube channel by the administration. The video, posted to the Commodore News’ channel, highlighted the disrepair of school facilities — conditions not unknown to state leaders, who had seen some of the worst parts during a previous tour. A spokeswoman for the district cited a “personnel matter” as part of the reason the video was deleted. The video included an interview with a teacher that the school said was “not in line with school policy.”

In November, Radford University’s school newspaper The Tartan had over 1,000 newspapers stolen by a university employee. The university refused to release the employee’s name or comment on the disciplinary action taken, citing that a personnel issue prohibited the information from being released.

The Virginia Press Association has voiced support for Hurst’s bill. VPA Executive Director Betsy Edwards believes student journalists are under threat and the bill is designed to afford students the same protections as professionals. Edwards used the Commonwealth Times, the student-led school newspaper of Virginia Commonwealth University, as an example — saying student journalists should be treated, particularly at the college level, like professional journalists.

“They are, and so you wouldn’t want somebody to do that at the Richmond Times-Dispatch, you shouldn’t do it at the Commonwealth Times,” she said.

Hurst advises student journalists to preserve and know their rights. He also says to reach out to advocates such as the VPA who are ready and willing to help. Roem recommends students use extensive documentation, not just in their reporting, but in situations that involve censorship; from keeping a paper trail to a log of digital communication.

“Take as many notes as absolutely possible and make sure that you’re talking with as many people as you need,” Roem said.

Roem also advises students not to take censorship as a personal attack, but rather an attack on the Fourth Estate, a term which historically has been used to reference journalists and journalism.

“This is about the institution of journalism,” Roem said. “The entire reason we have that is to hold the government accountable first and foremost, and second to tell the story of people … based on reality, not what people want it to be but based on how it actually is.”