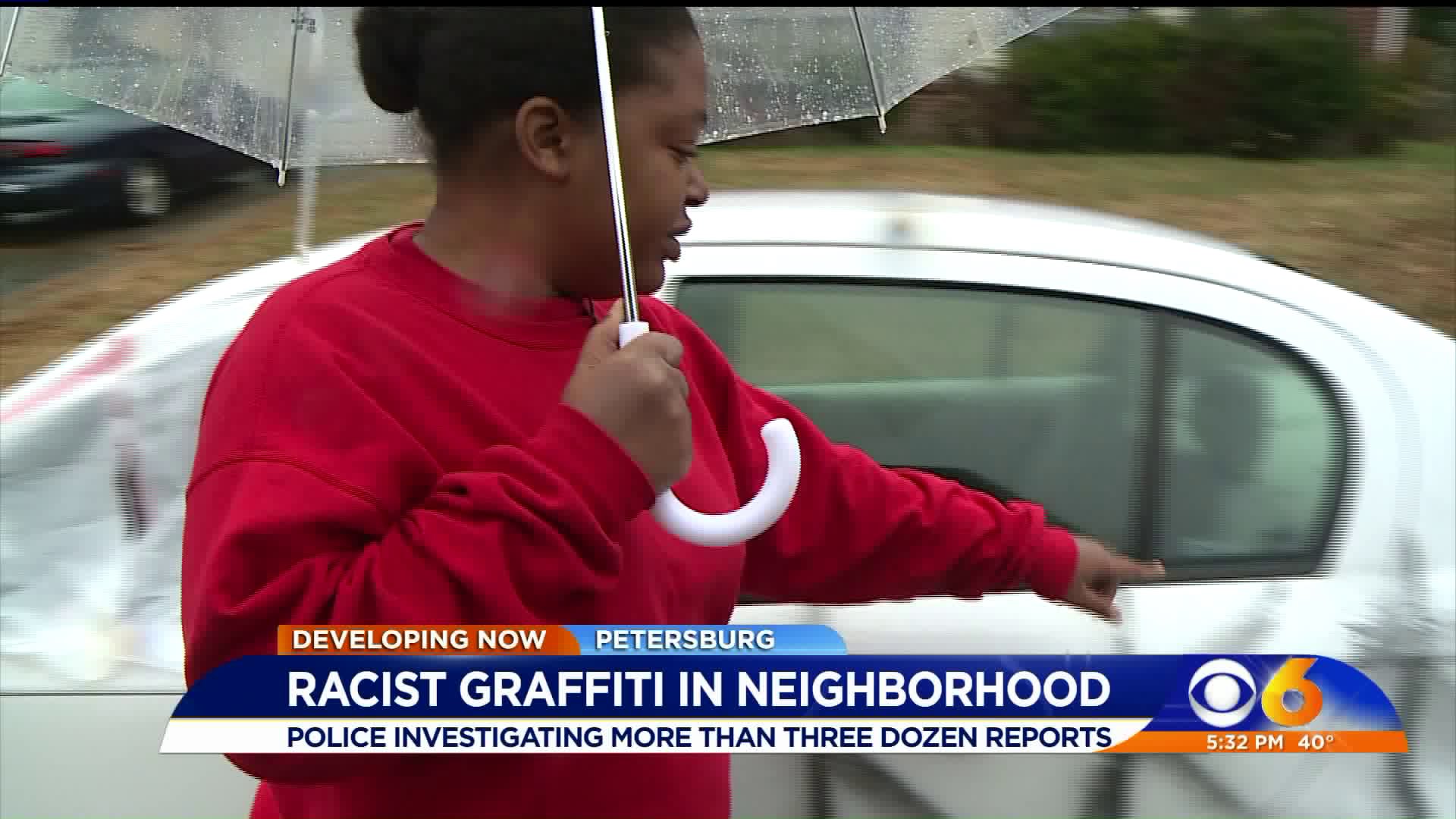 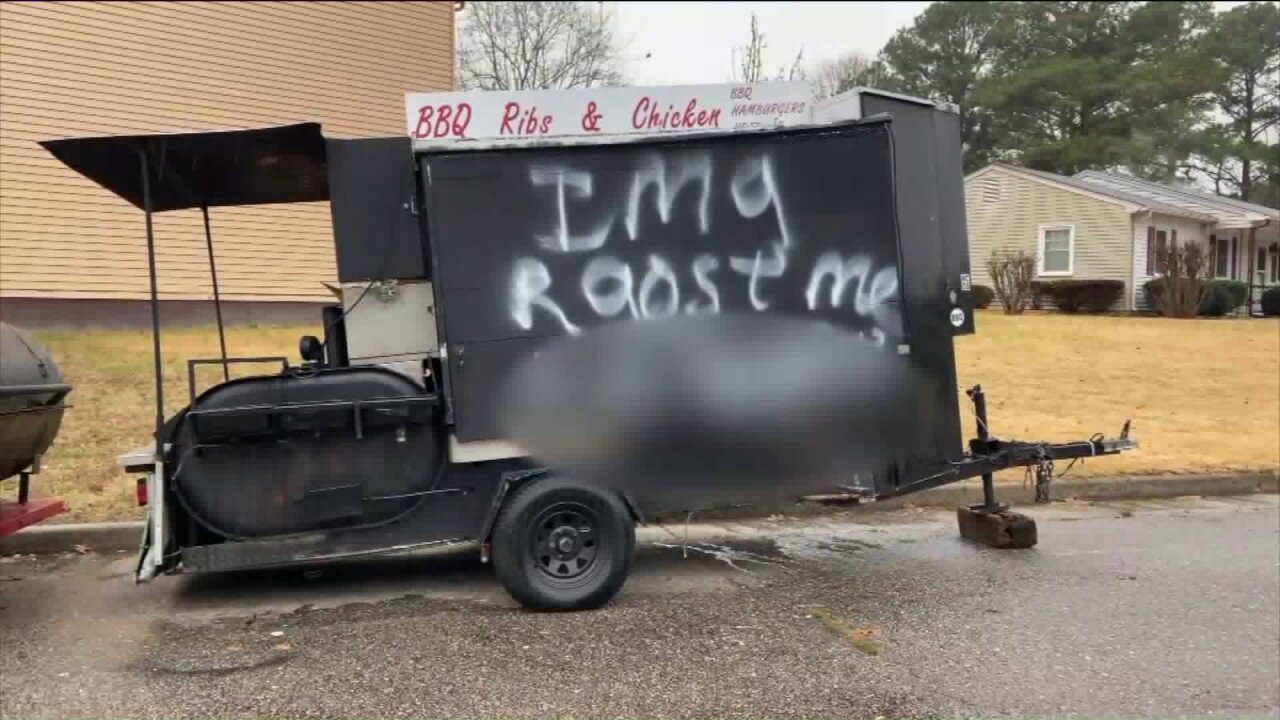 PETERSBURG, Va. -- A Petersburg neighborhood was hit with racist graffiti and other types of vandalism early Friday morning.

In the Berkley Manor neighborhood off Wagner Road, neighbors awoke to their homes, cars, and businesses splashed with spray paint, windows busted out with what looked to be BB guns and eggs in their mailboxes.

"This -- it was just shock. Just shock. Like nothing ever happens here," said Brandy Ashe, a resident of the neighborhood of seven years.

Ashe said she got a phone call from her son while at work at 2 a.m. Then came home to find her family business -- a food truck -- had been vandalized.

"I was afraid, I was hurt, because it’s in front of my home. It’s my property, but more than that it’s not just my property but this is where, this is where my peace is," said Ashe.

Ashe said her family had spent their life savings to buy the food truck.

"This is a small business, but it’s a business that we started on our own, and to see those words on their hurt."

But Ashe said she quickly realized she was not the only one in her neighborhood who had been hit.

"When I talked to the police officers, I realized not only was my property vandalized, it was all of my neighbors," she said. "The windows were broken, things were left in mailboxes. The whole neighborhood if your car was left on the street it was vandalized."

Neighbors caught footage of what looks to be a suspected vandal in action.

Surveillance video shows what is believed to be vandal in action.

"On my car that was parked on the street they wrote the letters KKK," one neighbor said.

Ashe said even worse than the racial slurs was the way in which the messages of hate were used.

WTVR CBS 6 has reached out to police about possible suspects in the case, but as of 12:30 p.m., we had not heard back. 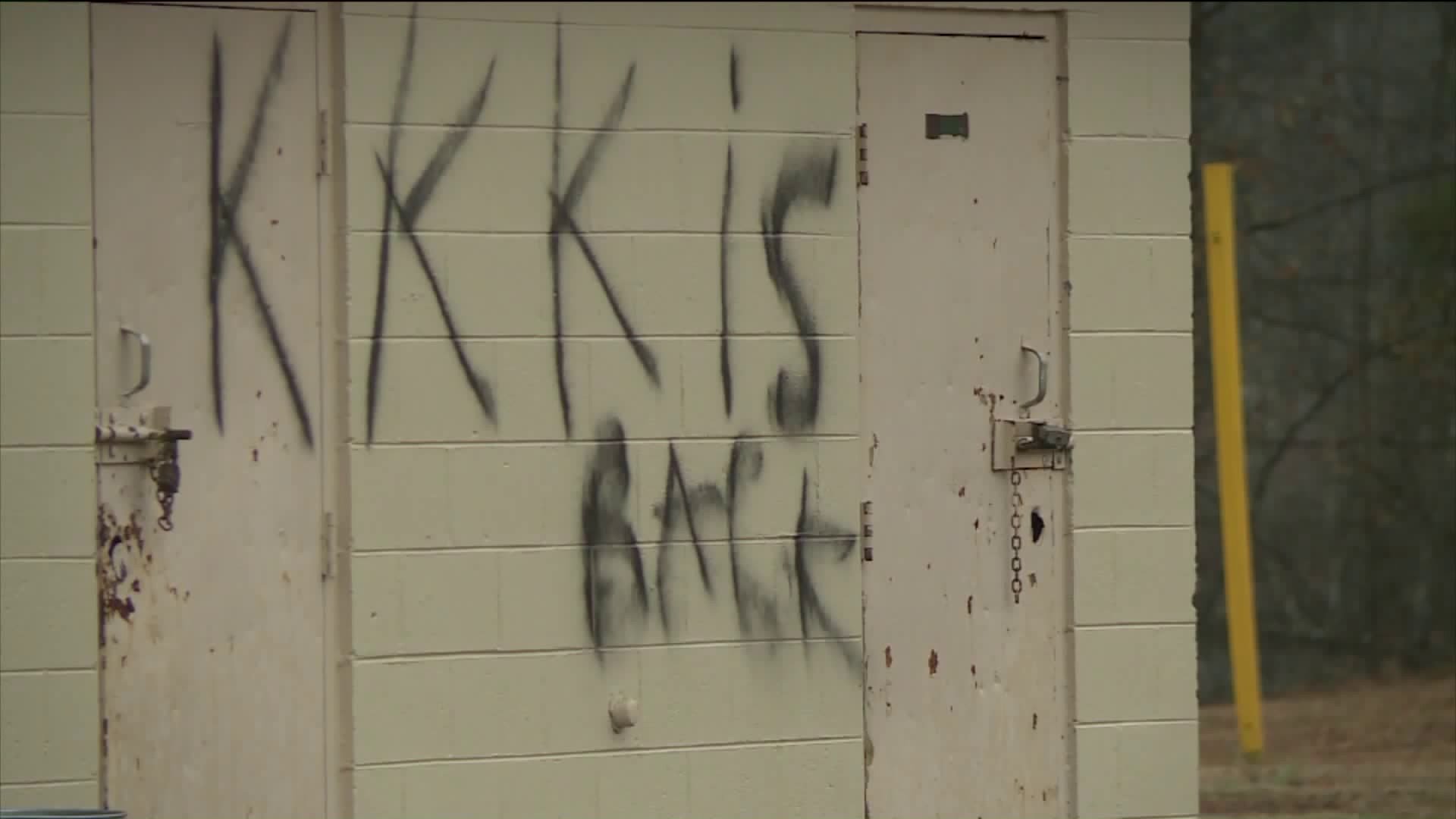