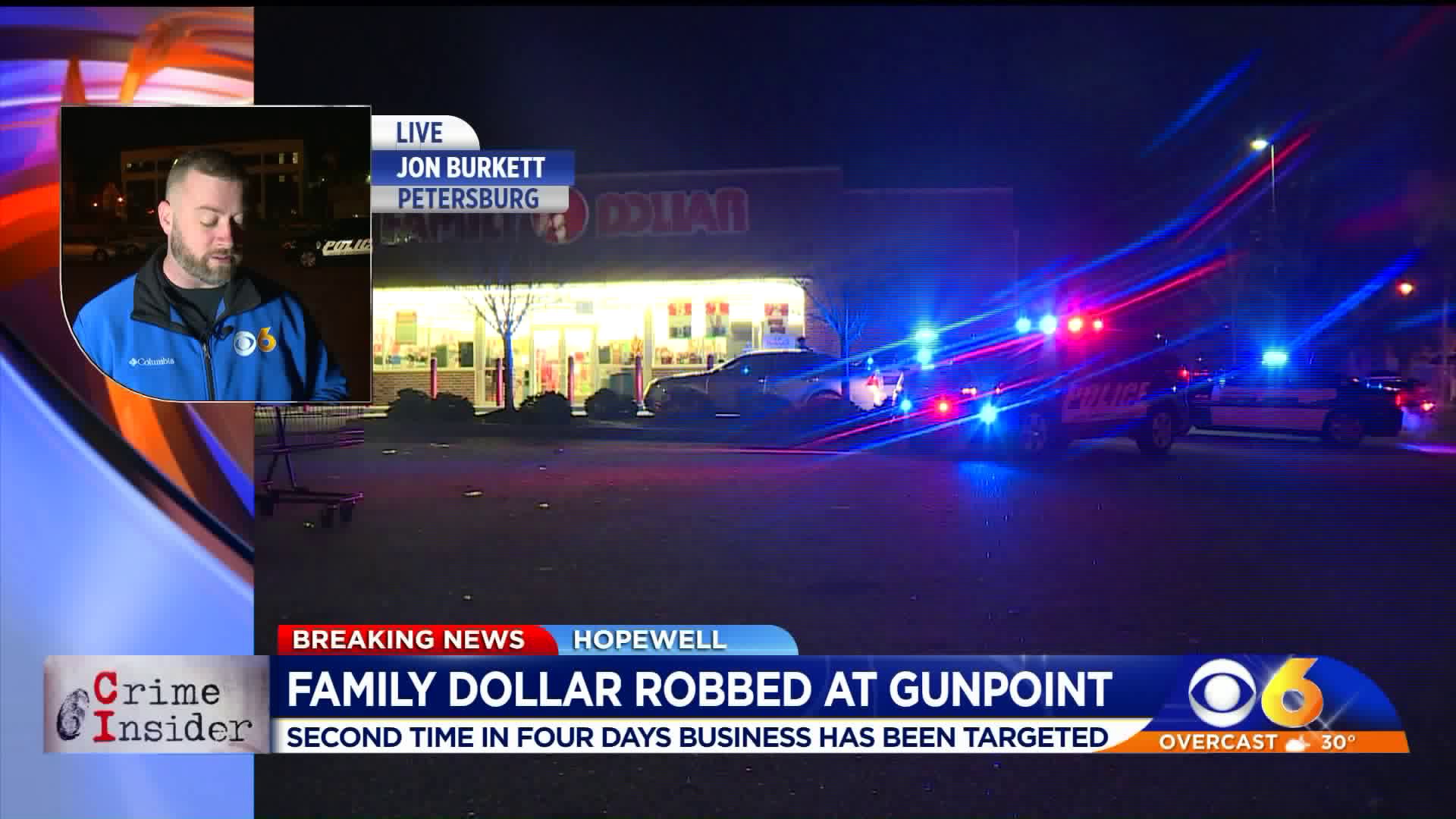 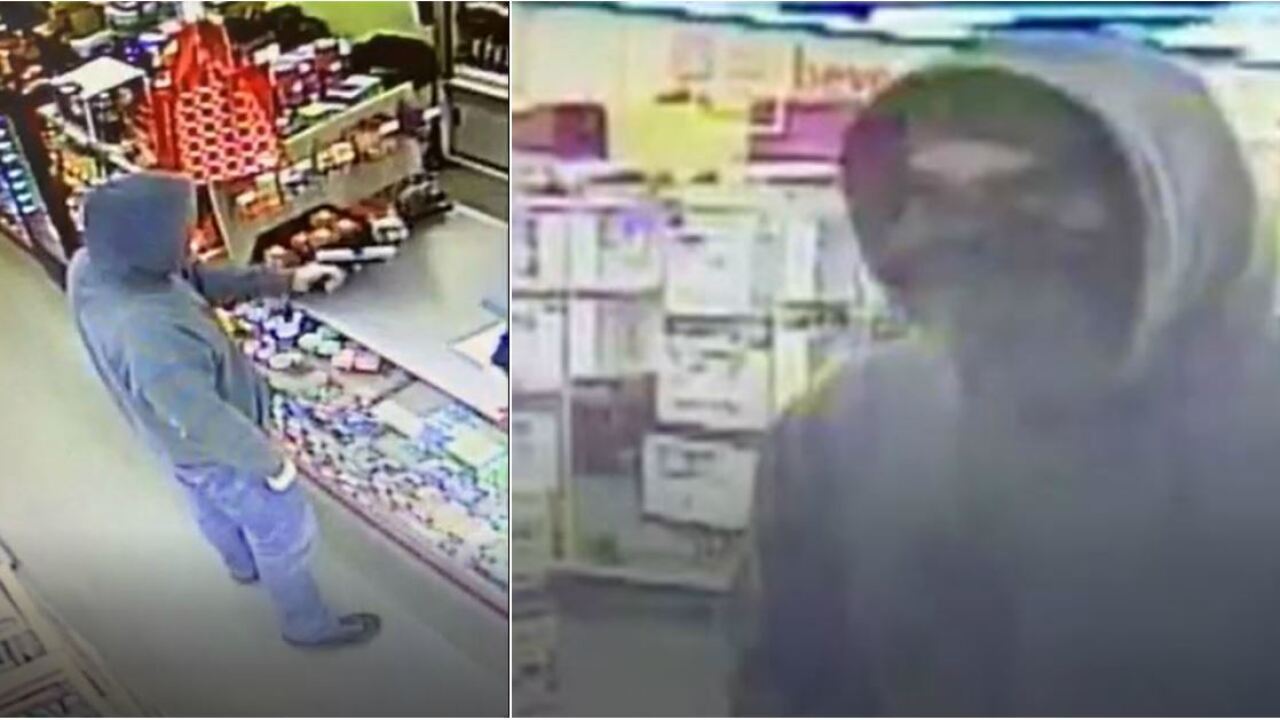 HOPEWELL, Va.- Police are looking for a masked gunman who robbed a Family Dollar employee.

Hopewell Police responded to the Family Dollar on Elm Street around 6:45 p.m. Thursday for the robbery.

"The lone offender entered the business, with a silver and black in color firearm approaching the store employee at the counter," Hopewell Lt. Michael Langford said. "[He] stated 'give me the money' while aiming the firearm at the employee."

The gunman took the money and ran.

The clerk was not physically harmed during the robbery.

This is the second time in four days that this store has been robbed, according to Crime Insider sources.

Police described the gunman as a white male about 5'8-5'10 wearing blue jeans and a gray hoodie and gloves.