Councilman gives up car, now Richmond could have new rules for drivers 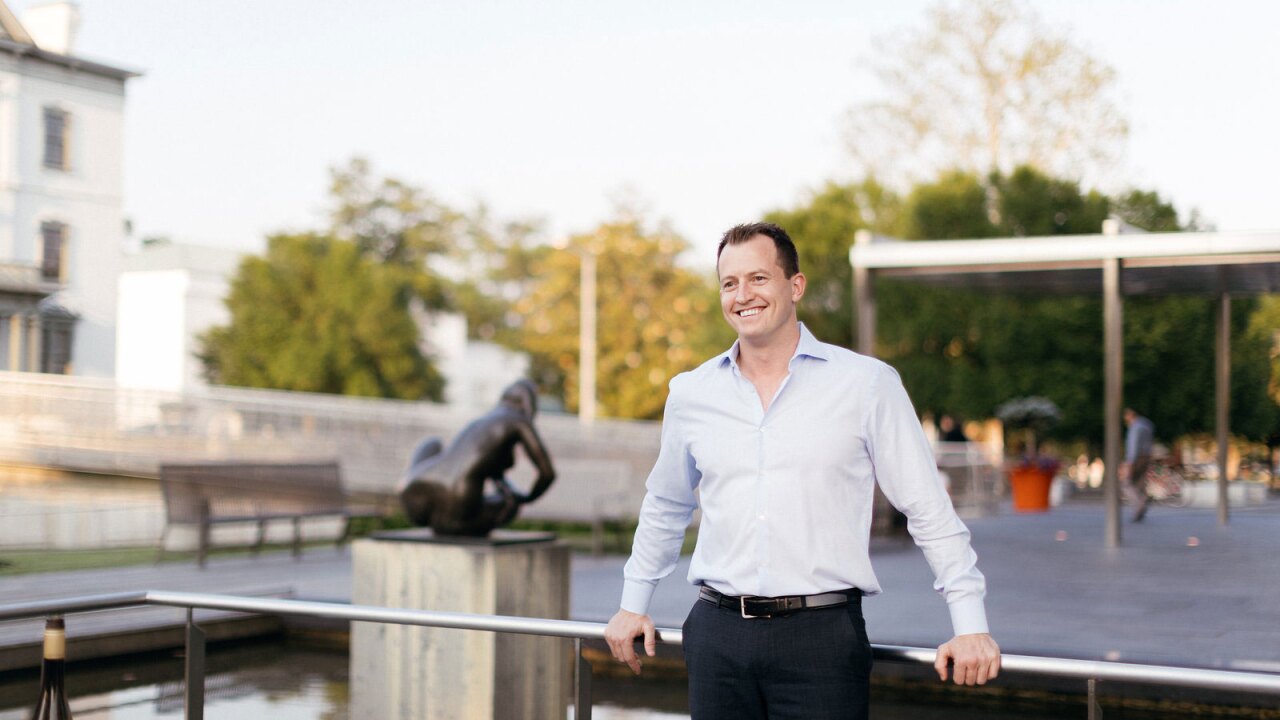 RICHMOND, Va. — If there’s one thing 1st District Richmond City Councilman Andreas Addison noticed during his one month without a car, it’s that crosswalks can be a “conflict zone” for drivers trying to turn right on red and pedestrians trying to cross.

What he described is echoed by others, and the councilman said such encounters informed his latest set of proposed regulations.

“It was really kind of a reassuring observational challenge to see what needs to really be done to make our streets safer,” Addison said.

For all of November, he made his average 7-mile commute around City Hall, the Fan, and the Museum District without his car — barring three trips, according to his blog, to Ashland, to run errands and to prepare for Thanksgiving.

He would often stop at nearby coffee shops for work and meetings and he rode the GRTC Pulse, a 7.6-mile circuitous route traveling a wide swath of Richmond and parts of Henrico County, whenever possible.

“I’m fortunate enough to be able to work remotely, so I can work from pretty much anywhere that I have Wi-Fi access, which is helpful,” Addison said.

He introduced the Streets for All omnibus package in November in the midst of his car-less month. Some key ideas in Addison’s five proposed resolutions and five ordinances included:

Reduced speed limits on Patterson Avenue and Libbie Avenue, from 35 mph to 25 mph

$60 fines for parking in bike lanes

For the collection and analysis of certain data to be used to support the Vision Zero traffic safety plan, including continued installation of pedestrian crossing signals at high volume city intersections, expanding and funding the Safe Route to School program into all of the city’s public schools and working with the Richmond School Board to incorporate Vision Zero principles into school transportation policies.

Now, Addison is hoping his colleagues approve two resolutions that were continued to Jan. 27. One would create zones where right turns on red are banned and allow bicyclists to treat stop signs as yield signs and red lights as stop signs. The other would confirm council’s support for goals in alignment with Vision Zero, such as reducing the use of vehicles as a primary transportation mode by 50% within 12 years of the adoption.

“One of the biggest observations I had was that most drivers don’t treat crosswalks as a place for pedestrians to be safe in,” Addison said. “That creates a lot of conflict for pedestrians when that is their time and their place to cross.”

Addison said illegal parking near intersections further impedes visibility for motorists, causing some to drive into crosswalks to look before turning.

“For me, that’s been a big thing … that I felt myself being victim to a lot,” Addison said. “Seeing that I was not treated as someone who should be walking here even though it’s by crosswalk.”

Addison used the Pulse stops during his commute to reach meetings downtown.

“I found it really convenient being able to use Pulse for that,” he said. “However, I’m also lucky that I have access to Pulse because that’s not how all the bus lines work. In South Side, it would be very difficult for me to do that.”

The councilman said in a tweet that he missed more than one bus while trying to cross the street.

“For being touted as #RVA multi-modal transportation hub, crossing the street as a pedestrian to get to the Pulse stop at Main Street Station is near impossible,” Addison said in another tweet. “I watched as the bus drove by while I stood in the rain for three minutes trying to cross the street.”

RVA Rapid Transit Director Ross Catrow said in an email that one of the best ways to see positive change in transportation policy is to get elected leaders out of their vehicles and onto buses, bikes and sidewalks.

“It’s great to see Councilmember Addison commit to a car-free November,” Catrow said, “and a lot of the things he experienced and tweeted about were issues that face Richmond’s bus riders every day.”

Social media challenges aren’t usually effective in raising awareness toward pedestrian safety, Catrow said, but Addison’s participation in the #NoCarNovember challenge “could have a larger impact” since he is one of nine people in the city who can introduce new legislation.

More funding for GRTC and newer bike lanes are among things Catrow said he wants Addison and other elected officials to work toward, as well as laws that would prevent closing sidewalks and bike lanes without providing an additional path during the closure.

Addison said the needle moves slowly when it comes to solving the challenges that make Richmond’s streets unsafe, but that it starts with getting everyone involved in a conversation.

“I wanted to get away from the one-off, where the 1st District is advocating for what they want — high-visibility crosswalks and new traffic lights or whatever — versus South Side, who just needs sidewalks,” Addison said. “And so for me, it’s kind of elevating the conversation around not just what you and I need individually but what we need as a city to truly get that done.”