Alarming video of voice from girl’s bedroom security cam: ‘Don’t you want to be my best friend?’ 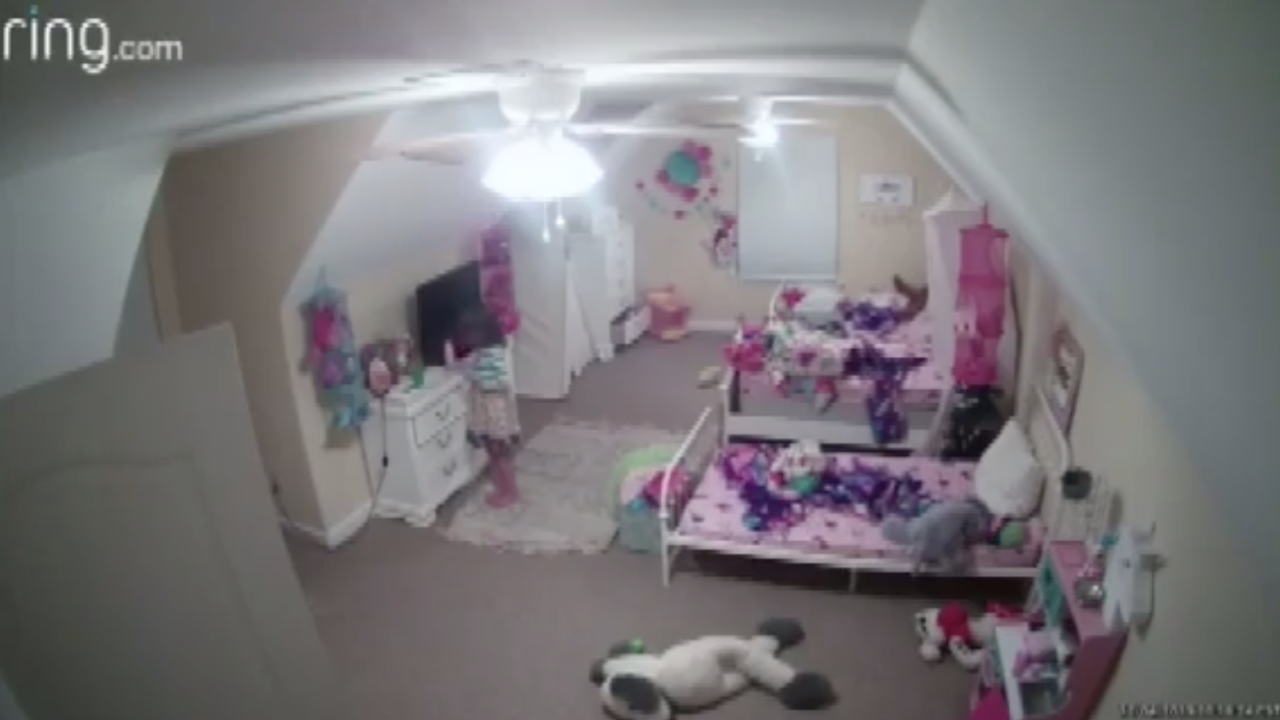 DESOTO COUNTY, Miss. – An 8-year-old Mississippi girl first heard strange music and other odd noises in her bedroom – then she heard a voice.

Ashley LeMay told WMC that the chilling sounds were coming from a hacked Ring camera mounted in her daughter's bedroom. LeMay said she bought the camera as a Black Friday deal so she could check in on her three girls during her late shifts as a nurse.

LeMay said the camera was mounted for four days when something caught her daughter Alyssa's attention.

“First, what happened I was in the hallway I thought it was my sister because I hear music," she told WMC. Playing in her bedroom was the high falsetto voice of Tiny Tim's "Tiptoe Through The Tulips." "So I come upstairs and I hear some banging noise and I am like, ‘Who is that?’”

In the recording, a man's voice answers back, "I'm your best friend!"

At that point Alyssa yells, "Mommy!" to which the voice replies, "I'm Santa Claus, don't you want to be my best friend?"

WMC reports that the stranger encouraged "destructive behavior" before her father, who was home at the time, found out what was going on. The Ring camera is now disconnected and the couple plan to return it.

"They could watch them sleeping, changing, they could have watched a lot of things," LeMay said.

Ring told the local TV news station that an investigation determined the incident wasn't caused by a security breach on their end, and could have been the result of hackers stealing the same user and password reused on another site.

The company said that it values customer trust and highly encourages users to be as safe as possible by enabling two-factor authentication on their accounts, adding shared users (instead of sharing login info), using strong passwords and regularly changing their passwords.