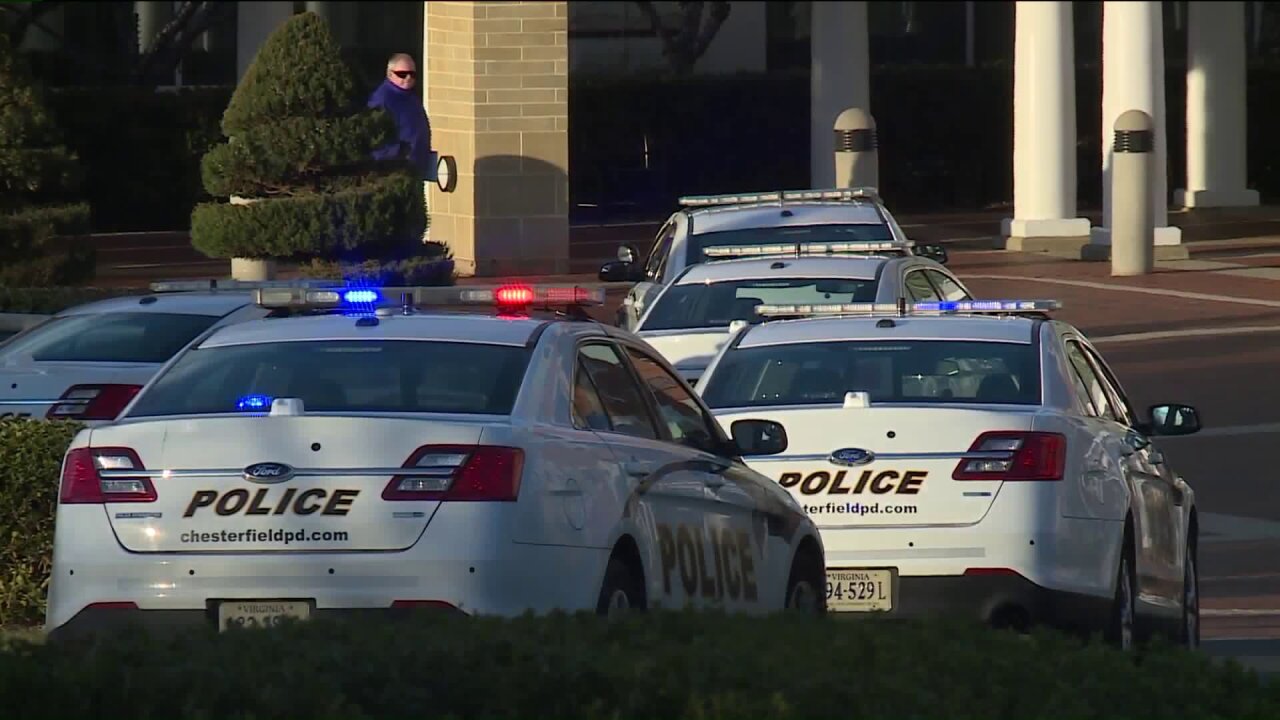 CHESTERFIELD COUNTY, Va. – An accidental discharge is being blamed for a double shooting that prompted a large police response to St. Francis Medical Center Wednesday afternoon, according to Chesterfield Police.

Police said officers responded to the hospital at about 3:25 p.m. after two men who had been shot were dropped off at the hospital in a gold vehicle.

The driver of the vehicle was stopped near the hospital’s entrance.

Police say their investigation revealed that a man who was sitting in the front passenger seat was handling a handgun when it accidentally discharged in the area of Charter Colony Drive and Midlothian Turnpike.

The bullet struck him and a male passenger in the back seat, according to police. Both men have what appears to be non-life-threatening injuries.

The shooting prompted a large police presence to St. Francis Medical Center and caused police and fire crews to block off portions of the parking lot near the emergency room.