The data behind service problems in Richmond restaurants 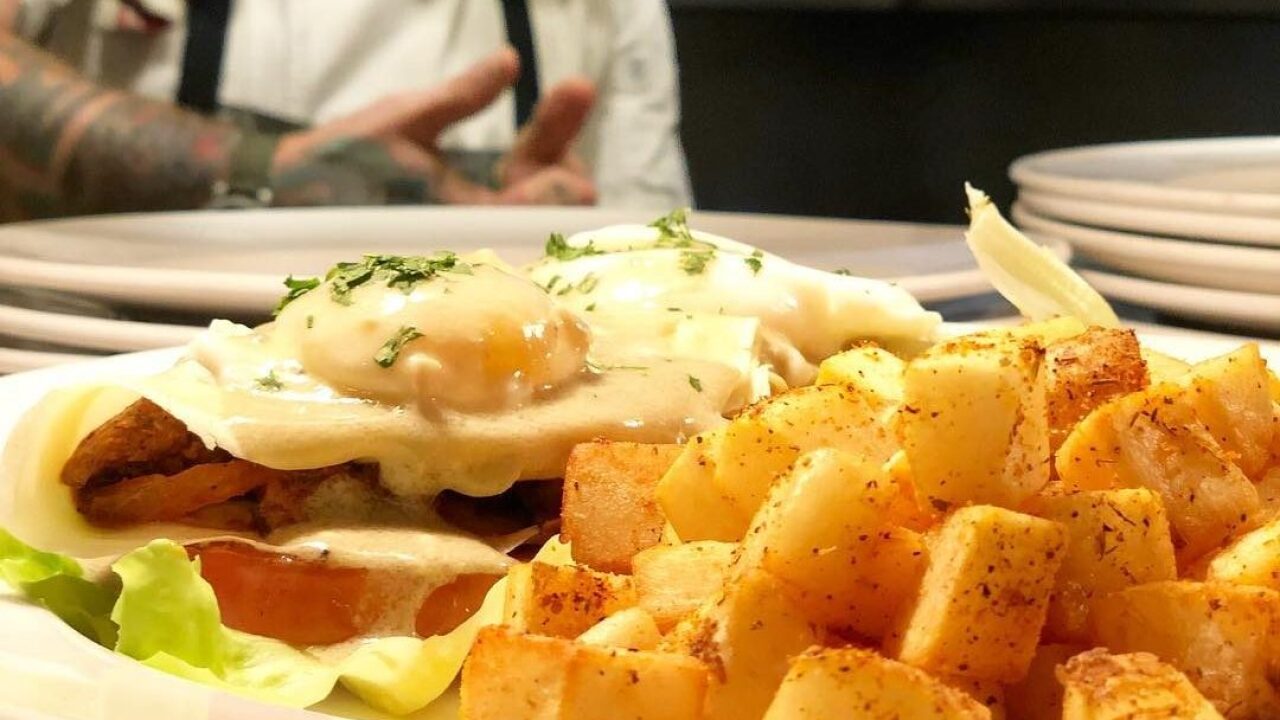 From Max’s on Broad’s Social Media

RICHMOND, Va. — Significantly more food establishments opened in the greater Richmond area this year than any other year this decade, according to the Virginia Department of Health which grants health permits for businesses to operate. As the restaurant market grows, so does competition among food establishments — not only for customers, but for quality employees.

Since 2010, 62 food businesses have opened each year on average; this includes fast food, caterers, food trucks, full service restaurants and other small food service establishments such as coffee shops or daycare facility kitchens. But as of Dec. 4, the VDH had issued 133 health permits — more than double the average — for food-related businesses to begin operating this year.

Many restaurant owners are aware of the increase, and not only has it challenged them to maintain high standards over the food they serve, it also raises the competition for hiring personnel.

Employment of food preparation and serving personnel in Richmond increased 15% from 2010 to 2018, according to the U.S. Bureau of Labor Statistics.

“There just aren’t enough people to work in the service industry,” said Jeff Allums, owner of Baja Bean Co., which closed a location in Richmond in October and operates another in Staunton. “There’s still a lot of great professionals around and quality of food is not necessarily the issue as much as when you talk service and things like that.”

Allums attributes this issue to a series of cultural and technological developments that have impacted the restaurant industry. He also recognizes that market growth offers more opportunities for employment, therefore restaurants are competing for the same personnel, and in some cases, several establishments have to share employees.

“There are a lot of places where they’ll have a bartender come in for one shift a week and then he’ll go to another bar for another day of the week,” he said. Allums said some restaurants have to use platforms like Snagajob, which allow owners to hire staff for a certain amount of time on a specific date, without knowing the person and having to pay a higher rate. “Even though services are changing the way people work, there’s no loyalty as a 40-hour work week.”

At the same time, Allums said food delivery apps like Uber Eats and Doordash attract some members of the population restaurants seek to hire, like high school and college students. The flexibility of working on their own time and for as long as they want are opportunities that the restaurant industry cannot always grant. So now, the competition for personnel is not only among local restaurants, but also among popular online services. Although food delivery may seem promising for a business, it can also negatively affect their operation and reputation and
benefit fast-food establishments.

The typical restaurant does not do take-out well because the food doesn’t taste as good when it’s eaten 20 or more minutes after it’s ready, Allums said.

“You order an enchilada platter for me or something, it’s not as good unless it’s less than two minutes away from the kitchen,” he said. “In 2018, I was doing about $600 – $700 a week in Uber sales, and that is when all of the sudden McDonald’s, Wendy’s, Taco Bell, started to do those Doordash things and it plummeted.”

RVA Hospitality, which owns four restaurants — Bar Solita, Max’s on Broad, Tarrant’s Cafe and Tarrant’s West — is not exempt from the insufficient labor force. Co-owner Liz Kincaid categorized finding high-quality staff as one of the most important issues that restaurants currently face, mainly because people are joining the workforce at an older age compared to years ago, reducing the total pool of potential employees.

“The fact is, you know, you let someone go, they’re going to walk across the street and get a job tomorrow,” Kincaid said. “The cards are in the employees’ hands, and I think in previous generations it may have been the other way, that big businesses or the business owner would have had an upper hand.”

Both Allums and Kincaid mentioned that teenagers and young adults are not seeking jobs in the restaurant industry as often as in the past. This situation is a reality around the country and is expected to become a larger trend, according to the National Restaurant Association’s Research and Knowledge Group.

In a report released in November, the data showed that from 2008 to 2018 there was a decrease of 1 million employees ages 16 to 19. Last year, 5.9 million people in that range worked for food establishments, and the association expects that number to drop to 5.1 million by 2028. The working population of 20-to-24-year-olds is expected to drop participation in the industry by half a million during the same period.

Volume of employees is important, but the issue becomes more prominent when addressing a lack of quality workers. Relationship marketing expert and founder of the PRO Business Group Support in Richmond, Michael Short, also believes that finding quality staff is one of the top three challenges restaurants face in Richmond — along with marketing strategy and high competition.

Nobody wants to work as a server anymore, Short said.

He said employees tend to feel discouraged by the uncertainty in scheduling — especially when they’re scheduled to work on traditionally slow nights — and not knowing how much money they could make each day.

“If you’re the server or the bartender scheduled for Monday or Tuesday night, you’re going to work making almost no money and it’s hard to keep employees excited and enthused about their job,” Short said. “As a server … you’re generally not paid a significant hourly wage and you really rely on the tips. And a lot of times, folks forget that and it’s hard to find people that they want to work.”

Another factor that affects the employees’ enthusiasm, especially early after entering the business, is the unrealistic expectations of the job.

Most new employees don’t realize how much hard work it is to serve in a restaurant, according to Jimmy Tsamouras, owner and chef of Dot’s Back Inn and Demi’s Mediterranean Kitchen.

“They think it might be easy, and then they get into it and realize how grueling and how hard it is, and they get turned off by it,” he said.

Restaurant server and bartender Carlee Morse also said the job is harder than people expect, but time and experience have helped her become more efficient and perform better. She is one of the employees restaurants have to share.

Morse, a senior at Virginia Commonwealth University, managed to have a full-time job combining her shifts at Metro Bar & Grill and Tang & Biscuit in order to pay for rent, utilities and groceries.

Although she enjoys her job, she admits that it can be overwhelming due to understaffing and high clientele. Morse said sometimes she waits tables for over 60 people at the same time by herself. She said in some cases new employees start working and a few weeks later they leave the restaurant.

Morse considered other options for work, like Uber Eats, but her interests are clear.

“I personally like serving because you can make connections with people you meet on the job, which helps a lot later down the road,” she said.

When it comes to getting a job as a server, Morse believes it is not an easy road but said restaurants might be having issues because of their hiring strategies.

“I don’t think restaurants do a good job about letting people know they are hiring,” Morse said. “Both of my jobs, I got just from calling around, not from seeing an ad or anything like that. A lot of times you have to seek it out yourself, instead of like normal big companies where they will put ads out and say they are hiring.”

Richmond restaurants employed 16% of the total food preparing and serving personnel in 2018 in Virginia, according to the BLS. This labor group is the third biggest in Richmond, just behind office and administrative support, and sales-related occupations. The years 2012 and 2016 saw the biggest percentage increase in food preparation and serving employment, with 8% and 5% growth, respectively.

In a more general scope, over 15,500 food and beverage businesses operated in Virginia in 2018, according to a review of the National Restaurant Association.

The total sales in the commonwealth exceeded $18 billion last year. The study estimates that the industry currently offers over 378,000 jobs including all food preparing and serving positions, managerial and administrative roles. This number is expected to increase another 10% in the state over the next decade.