Holding a cell phone while driving is now banned in Richmond 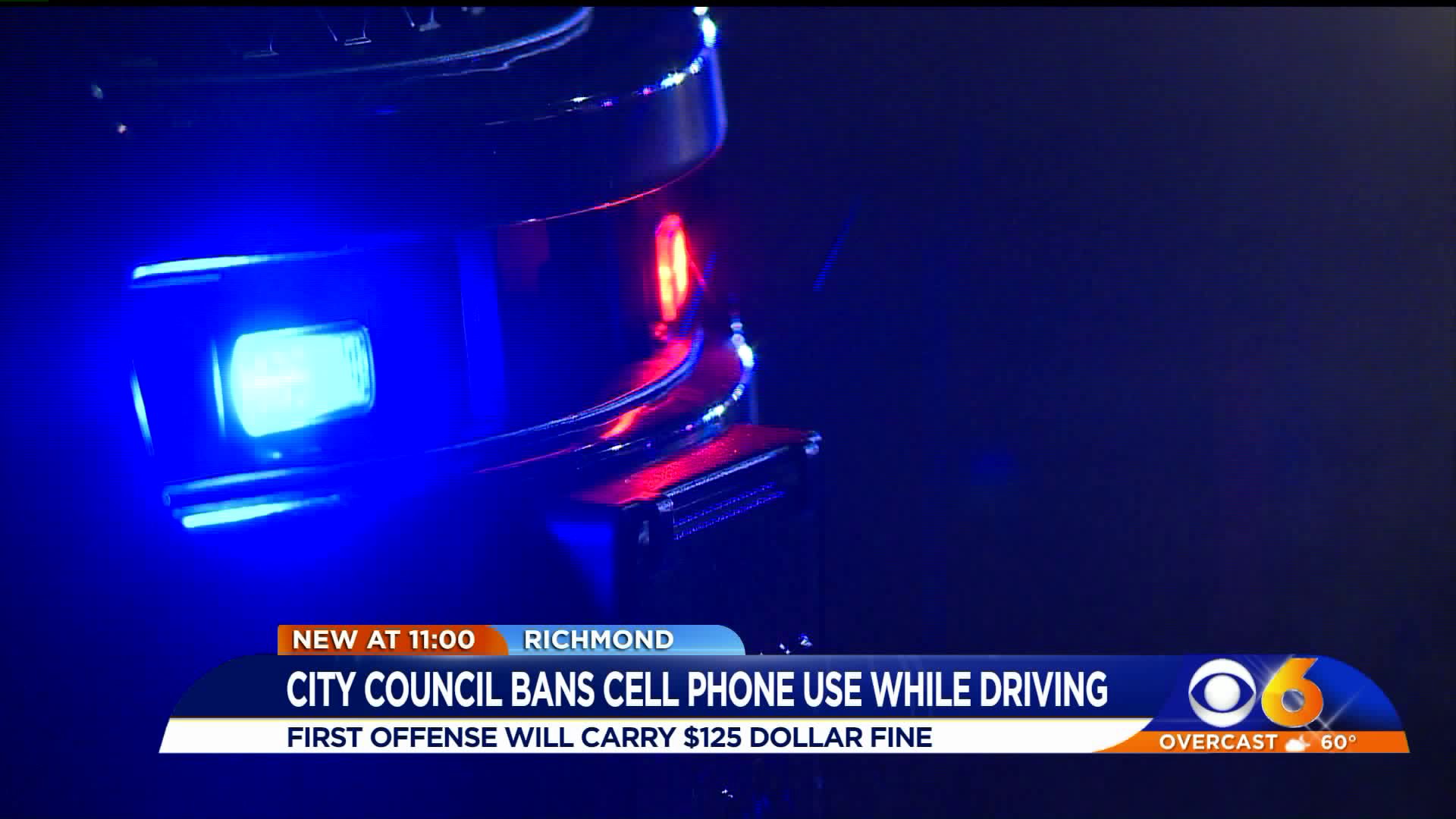 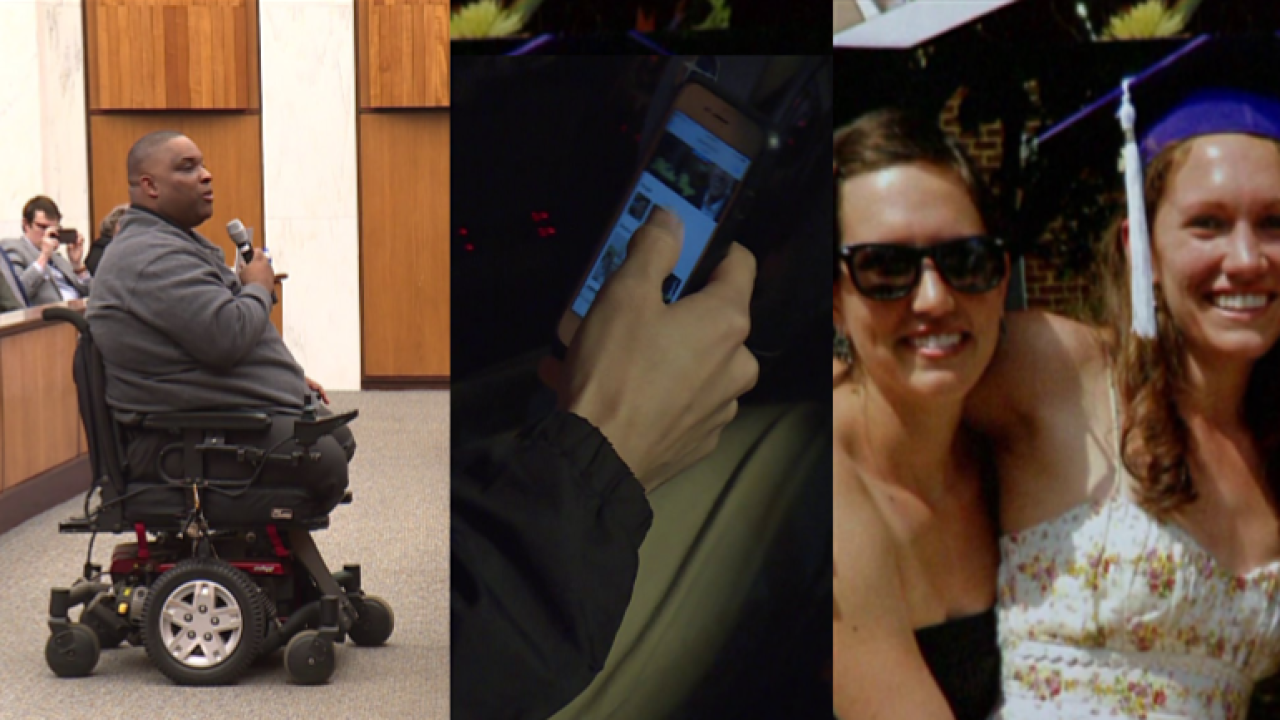 RICHMOND, Va. -- Using a cellphone while driving in the city of Richmond will soon be punishable by a fine of $125 or more.

The City Council voted unanimously on Monday to ban the use of handheld communications devices (cell phones) while driving, a measure proposed by Richmond Mayor Levar Stoney.

The ordinance, which was introduced at the October 14 council meeting and was recently amended, is an attempt to curb traffic fatalities and promote pedestrian safety. Distracted drivers have killed or injured 218 people in the City of Richmond so far this year, according to the Richmond Police Department.

Under the ordinance, using a handheld communications device, such as a cell phone, while driving in the City of Richmond is punishable by a $125 fine on the first offense and a $250 fine for each subsequent offense. Drivers, however, can still use hands-free devices in conjunction with their cell phones

The ordinance will go into effect in six months to allow for an education period, ensuring drivers are aware of the change in traffic law.

The ordinance allows for exceptions for public safety personnel and drivers experiencing emergencies.

“It’s just not acceptable to use a cell phone while driving when we know the dire consequences,” said Mayor Stoney. “With this ban, Richmond sends a clear message: whether you’re texting or not, put down the phone, or there will be consequences. I hope the General Assembly will send the same message this year.”

On Monday night, the former police officer spoke before Richmond City Council members, recounting the day, five years ago, when a truck driver lost control on an icy road in Chesterfield County, pinning him between two cars.

"It hurts me every single day when I drive across that bridge knowing this could have been avoided," Hughes said Monday. "The result of that accident, I ended up losing both of my legs. All of this would have been changed if that driver had just been paying attention."

His words did not fall on deaf ears, as the council voted unanimously to ban drivers from using a hand held communications device while driving within city limits.

Kruszewski's daughter, Lanie, was killed on River Road while biking home from work seven years ago.

"Lanie was the type of loving human being the world needs more of, but her life was cut short by someone who chose to amuse himself by texting while he drove."