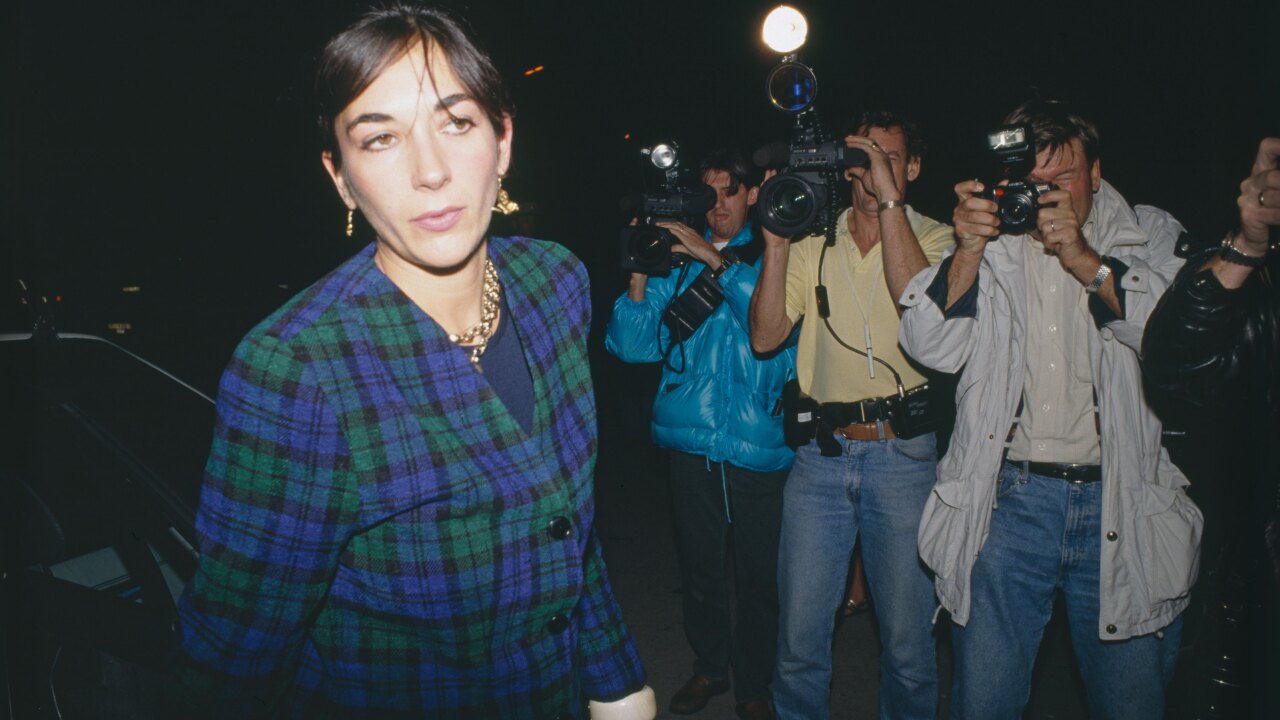 Prince Andrew has sparked an unprecedented crisis in Britain’s royal family since his disastrous TV interview about his friendship with convicted pedophile Jeffrey Epstein.

This week the focus has turned to the British socialite and ex-girlfriend of Epstein, Ghislaine Maxwell, who is facing new allegations that she recruited and trafficked underage girls for the disgraced US financier who died by apparent suicide in August.

An American woman, Virginia Giuffre — previously known as Virginia Roberts — has accused Maxwell of being the person who introduced her to Epstein and allegedly forced her to have sexual relations with Prince Andrew when she was a minor. The Duke of York has denied Giuffre’s accusations against him.

So who is Maxwell? Where is she, and will she face any charges in the case?

Maxwell has previously denied all allegations against her, but she remains in the spotlight as other women — including Jennifer Araoz, who says Epstein sexually assaulted and raped her — have accused Maxwell of being Epstein’s “madam” and of conspiring to maintain and conceal a sex trafficking ring.

An attorney for Maxwell did not respond to CNN’s most recent request for comment.

Who is Ghislaine Maxwell?

Born in 1961, the British socialite grew up in the idyllic Oxfordshire countryside and is the daughter of Robert Maxwell — a Czech-born newspaper tycoon and British lawmaker who died under mysterious circumstances. The media magnate fell off his luxury yacht — called “Lady Ghislaine” — around the Canary Islands in 1991. He was posthumously discovered to have committed a massive pension fraud against his employees.

According to Roy Greenslade, who worked for the media mogul as editor of The Daily Mirror in the early 1990s, Maxwell “doted” on Ghislaine “in a way that he didn’t on his sons.”

“He was a monstrous father,” Greenslade recalls. “He treated his whole family very badly.” But when it came to the youngest of his nine children, Maxwell “treated her more leniently than any of them.”

In his biography of the tycoon, “Maxwell: The Rise and Fall of Robert Maxwell and his Empire,” Greenslade recalls one evening in particular when he was sitting in an office with Maxwell and the daredevil teenager wandered in. He says Maxwell gave his daughter a scolding for “always taking risks, doing stupid, dangerous things” after she had a near-fatal accident after diving off a boat.

“She was quite clever at dealing with him,” Greenslade explains, adding that she always spoke sweetly to her father in ways that he found difficult to challenge.

After Ghislaine left, Greenslade says Maxwell turned to him with a sense of pride in his voice: “She’s like me.”

That, Greenslade says, is evidence of perhaps why he favored her the most.

In 1991 the media mogul died, with an inquest ruling that his death was due to a heart attack combined with accidental drowning. However, some believe Maxwell’s death was suicide with his business empire teetering on the brink of ruin.

There were plaudits at the time for the way Ghislaine handled the family tragedy. “People who were there at the time (when Maxwell died), said she dealt with it brilliantly,” Greenslade said. “Dry-eyed, dealing well with the press.”

“She was probably left with no money,” Greenslade says, despite many speculating she secured income from a secret trust.

In the US, Maxwell lived a public life and socialized in exclusive circles that included people connected to politics.

According to eyewitness accounts, Maxwell was invited to former first daughter Chelsea Clinton’s wedding and was even brought backstage at the Clinton Global Initiative summit in 2009. However Bari Lurie — a spokesperson for Chelsea Clinton, says the only reason Clinton was acquainted with Maxwell was because the socialite was dating a friend of hers.

Maxwell was also photographed with US President Donald Trump and First Lady Melania Trump in 2000, alongside Epstein.

She was also in the background of the infamous photograph of Prince Andrew that appears to show him with his arms around the waist of his alleged victim, Giuffre. The Duke of York has said he has “no recollection of the photograph ever being taken” and suggested that the photo could have been faked.

In 2012 Maxwell founded the charity, the TerraMar Project, which sought to encourage ocean conservation. However, the non-profit ceased operations in December 2019, according to records at the UK’s Companies House. The same year federal prosecutors in New York unsealed a criminal indictment charging Epstein with having operated a sex trafficking ring between 2002 and 2005 where he paid girls as young as 14 to have sex with him.

How is she connected to Jeffrey Epstein?

Ghislaine Maxwell was the ex-girlfriend turned social companion of Epstein and in the wake of Epstein’s death in August this year, pressure has been mounting to hold those who allegedly assisted him to be held accountable.

The 66-year-old died after a suicide attempt in his jail cell while he was awaiting trial on federal charges accusing him of sexually abusing underage girls and running a sex trafficking ring. He had pleaded not guilty to the charges. There is currently a federal investigation into the circumstances surrounding his death.

The pair are reported to have split in the 1990s, although the socialite remained close to the pedophile. Her name has been frequently mentioned in a cache of documents that were unsealed earlier this year that allege she was a procurer for Epstein and other high-profile people.

In 2003 Epstein described Maxwell as his best friend in a profile with Vanity Fair.

According to multiple people in affluent Manhattan circles, including two of her friends, Maxwell introduced Epstein to many of the social figures in his life.

What accusations does Maxwell face?

Giuffre told the BBC’s Panorama on Monday night that when she was 17 years old, she was trafficked by Epstein and forced to have sex with his friends, including the Duke of York.

She says she was brought to London in 2001 where she was introduced to Prince Andrew and went dancing at a nightclub with Epstein, Maxwell and the prince.

In a 2015 defamation case brought against Maxwell — which was settled in 2017, after the judge had ruled against a motion for summary judgment filed by Maxwell — Giuffre says she was “forced to have sexual relations” with the Duke of York when she was a minor in “three separate geographical locations,” including London, New York and the US Virgin Islands.

Giuffre says when she left the London nightclub Tramp where she danced with Prince Andrew, Maxwell gave her instructions. “In the car Ghislaine tells me that I have to do for Andrew what I do for Jeffrey and that just made me sick,” Giuffre said, adding that she had sex with the prince at Maxwell’s house in London’s Belgravia.

“It didn’t happen.” Prince Andrew told the BBC last month. “…That couldn’t have happened because the date that’s being suggested I was at home with the children,” he said. The Duke of York has vehemently denied all of Giuffre’s allegations, telling the BBC he has “no recollection of ever meeting this lady, none whatsoever.”

Maxwell has not been charged and she and her representatives have previously denied she engaged in sexual abuse or sex trafficking. An attorney for Maxwell did not respond to CNN’s request for comment.

In court filings, Maxwell and her attorney have also portrayed Giuffre as an unreliable narrator, claiming there are errors in certain dates and figures she provided.

Following Prince Andrew’s interview, Giuffre told the BBC she stood by her account of events.

Jennifer Araoz, who is suing Epstein’s estate, alleges Maxwell, along with others, acted as Epstein’s accomplices.

Araoz says his “network of enablers” stole her youth, identity, innocence and self-worth.

“While I am angry that Mr. Epstein’s death means he will never personally answer to me in a court of law, my resolve to pursue justice is only strengthened,” she previously told reporters in August. “My story and my experiences — those who enabled and facilitated his criminal behavior — none of that is diminished or immunized simply because he apparently chose to take his own life.”

She alleges that Epstein repeatedly committed sexual assault and battery against her when she was 14 and 15 years old and that he forcibly raped her. Araoz’s attorneys say she has not interacted with Maxwell, but the lawsuit alleges Maxwell “participated with and assisted Epstein in maintaining and protecting his sex trafficking ring, ensuring that approximately three girls a day were made available to him for his sexual pleasure.”

Despite the accusations launched against Maxwell, she has largely remained an enigma whose recent whereabouts have been shrouded in mystery.

For a woman who once reveled in the attention she received as she mingled with some of the most high-profile politicians and celebrities, Maxwell has done an incredible job of hiding herself away from the public eye.

Tabloids have become fascinated about her whereabouts. One British newspaper offered £10,000 (about $13,100) to anyone who can reveal her location, while others have claimed they’ve traced her anywhere from Massachusetts to the Brazilian riviera.

Despite the rumors though, only one photograph has emerged of Maxwell amid the controversy — when the New York Post ran a story earlier this year showing Maxwell eating at a fast-food chain in the US. But even then, questions have been raised over the photo’s veracity.