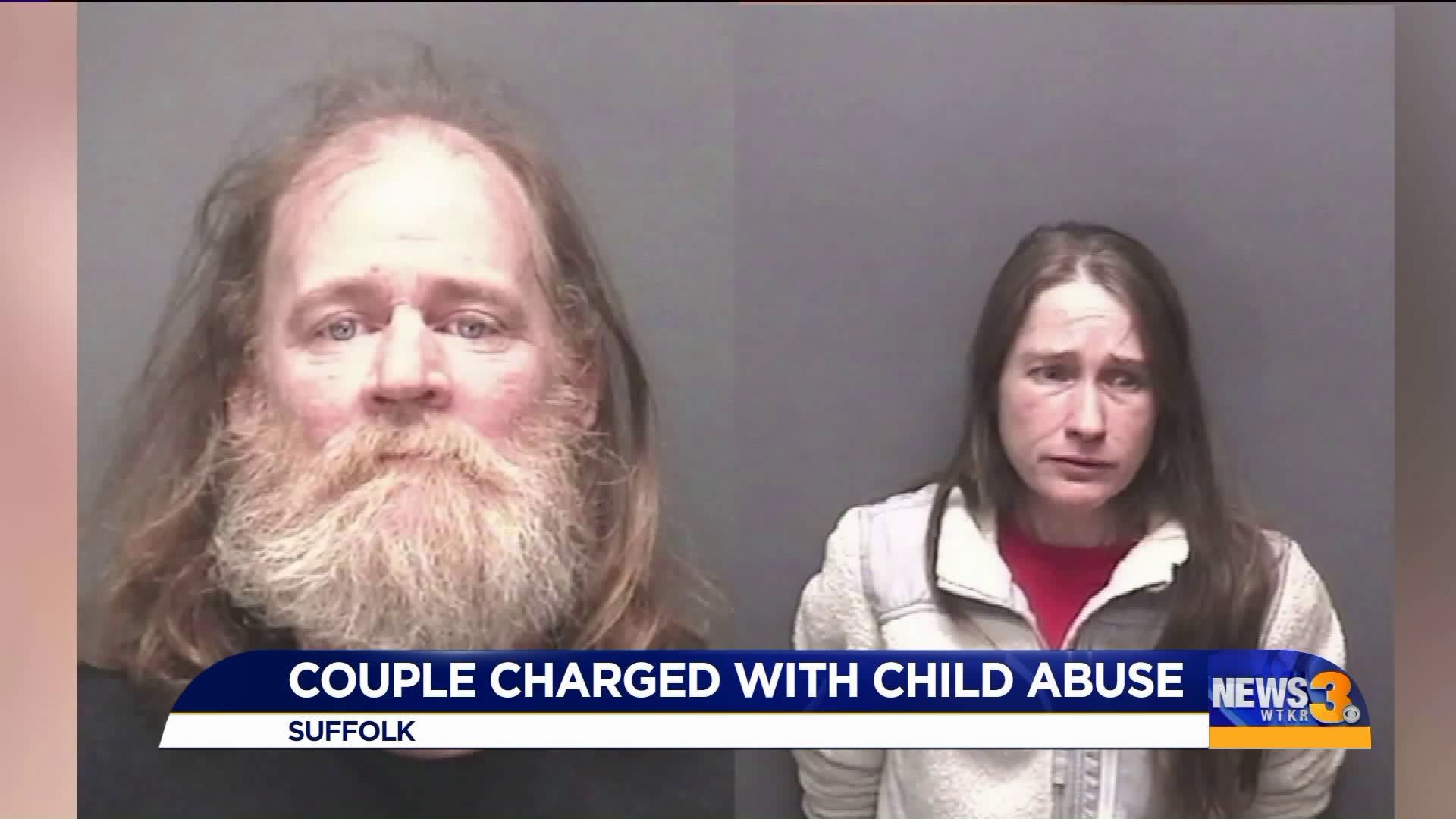 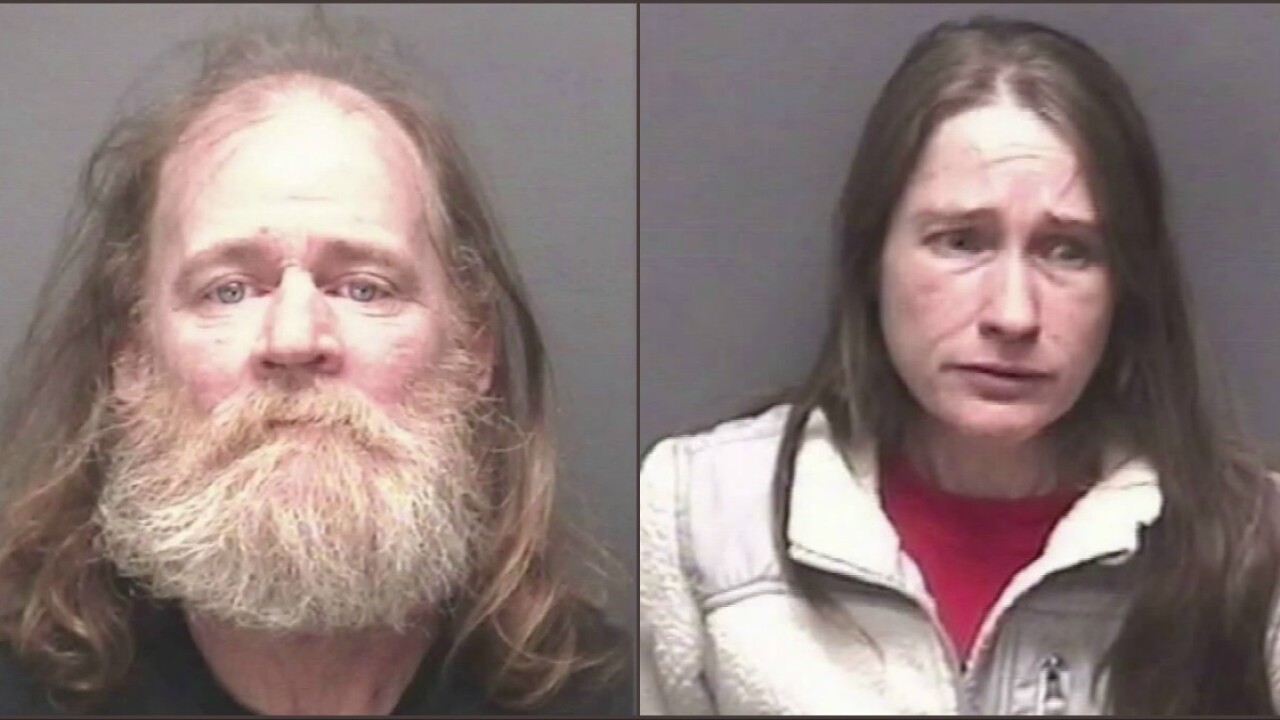 SUFFOLK, Va. -- Two people were arrested on multiple charges, including abduction and kidnapping, abuse and neglect of children and cruelty and injuries to children, after receiving a tip about alleged child abuse in Suffolk, WTKR reported.

According to police, officers responded to a residence in the 1200 block of Holland Road Thursday evening. Upon preliminary investigation, officers learned that James Ray Peck, 50, and April Marie Peck, 45, had custody of four children, ages ranging from 3-years-old to 12-years-old, that were living in unsanitary conditions.

A juvenile male was located in a bathroom of the home, physically restrained. He was taken to the Children's Hospital of the King's Daughters for medical observation.

Police said drug paraphernalia was also found at the home.

Police say the Pecks are related to the children who were in their custody, but are not the children’s parents. It’s unclear what type of relationship the children may have to one another.

Police say this incident is a reminder to all to be vigilant and look out for the signs something is wrong.

"If a child for instance shows up at school with marks, bruising, physically unkempt appearance, withdrawn [and] possibly even acting out... Those would certainly be signs there might potential he be something going on within that child’s household," says Diana Klink with Suffolk police.

Police say child protective services has custody  of the children.

Both Pecks were taken to the Western Tidewater Regional Jail. Child Protective Services removed the children from the home, police said.

The investigation remains ongoing. Additional charges could be filed.