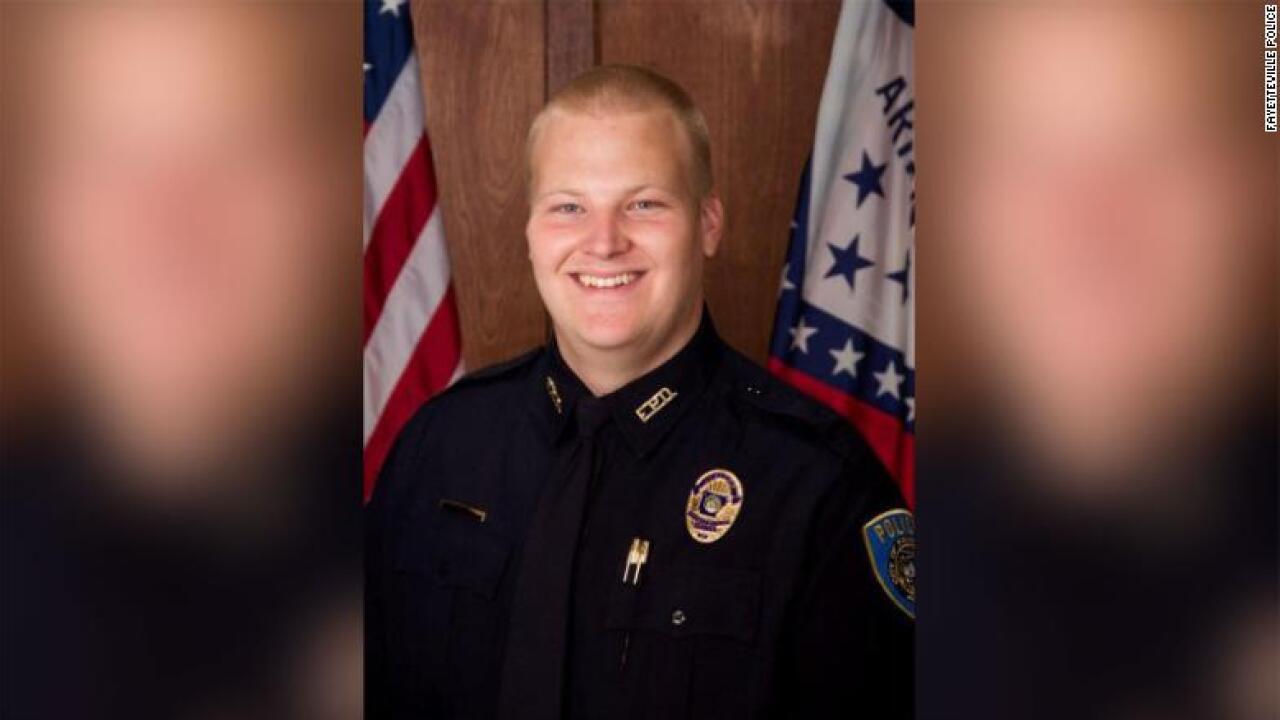 A Fayetteville, AR police officer was ambushed and killed execution style according to a news release from Fayetteville Police. The shooting happened in the parking lot of the police station Saturday Night. According to the release, officers heard shots behind the police station and responded. They found and armed suspect later identified as London T. Phillips, 35. Officers fired on Phillips after a confrontation, shooting him. The news release continues that after the suspect was down responding officers found police officer Stephen Carr shot in his patrol vehicle. EMS was called but both Officer Carr and the suspect died at the scene. Evidence shows Officer Carr was ambushed and executed in his vehicle according to the news release. No motive has been given for Officer Carr???s killing. The news releases concludes with a remembrance of Officer Carr saying, ???He served our community with dedication and professionalism for the past 2 ?? years, he is a HERO. We would like to thank our community for their outpouring of support, along with our local, state, and federal law enforcement partners for their quick response and assistance. Our thoughts and prayers are with Officer Carr???s family during this tragic time.???

A Fayetteville, Arkansas, police officer was shot and killed in the police station’s parking lot Saturday night, the department said in a statement.

Evidence shows Officer Stephen Carr, a patrol officer who had served the department for more than two years, was “ambushed and executed while sitting in his patrol vehicle,” the Fayetteville Police Department said.

Two officers heard gunshots behind the station around 9:42 p.m. local time, according to police. In the parking they lot they found an armed suspect later identified as 35-year-old London T. Phillips.

A confrontation ensured and the officers fired at Phillips, who was injured, the police said. The officers gave medical attention to the wounded men and paramedics were called, but Carr and the suspect both died at the scene.

The names of the two officers involved have be not been released, but the department said they would be placed on paid administrative leave pending the outcome of an investigation. The department also asked the Washington County Sheriff’s Office and the FBI to conduct independent investigations, it said.

In the news release, the Fayetteville Police Department celebrated Carr’s “dedication and professionalism,” calling him a hero.

“We would like to thank our community for their outpouring of support, along with our local, state, and federal law enforcement partners for their quick response and assistance,” the statement said. “Our thoughts and prayers are with Officer Carr’s family during this tragic time.”