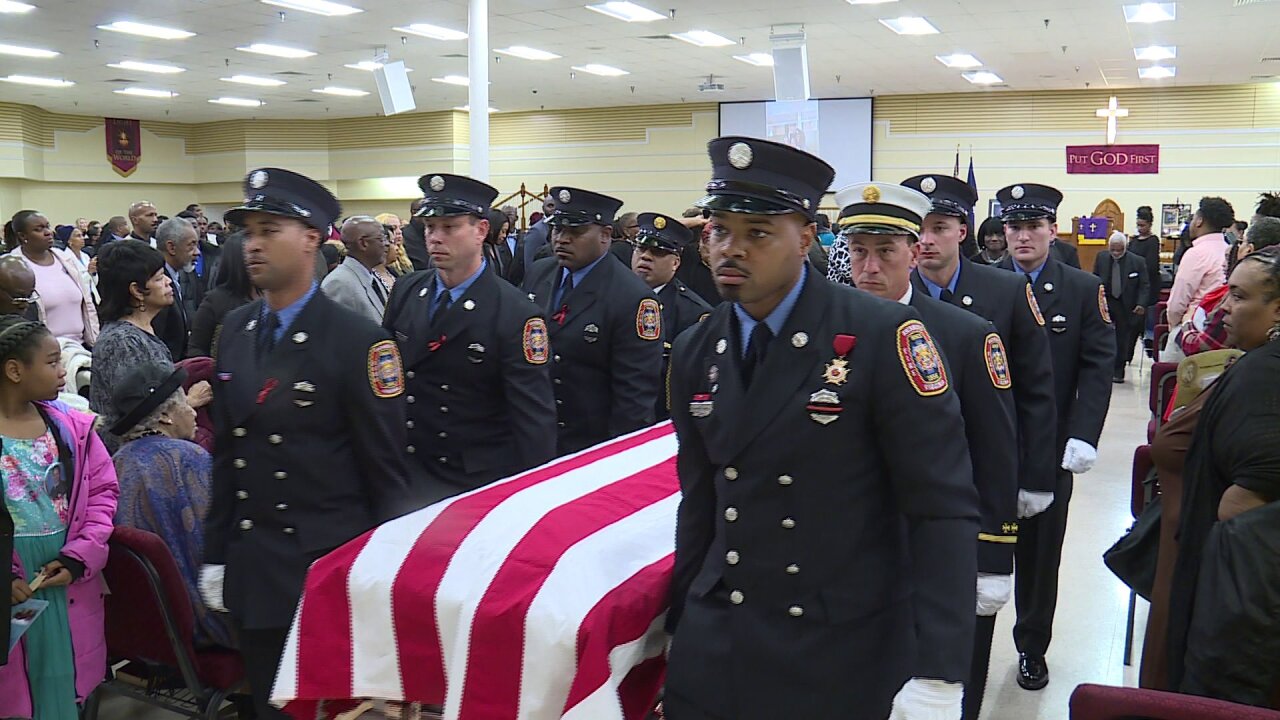 Family, friends and colleagues honored the 33-year-old mother of three, who was recently assigned to the Fire Marshal’s Office Richmond, at her homecoming celebration at Second Baptist Church on Broad Rock Boulevard.

"When she came into our office, the first thing we noticed was she was cheerful, eager," Richmond Fire Capt. Earl Dyer said. "She wore all those qualities without effort."

"For years I thought of myself as a mentor to Lt. Ashley Berry, but I realized in fact, she was mentoring me," he said.

“She could light up any room and she'll always be remembered not only in the 8th district, not only at Station 21 but all over our city,” Richmond City Councilwoman Reva Trammell said. “God bless this family, love you with all my heart.”

Lt. Berry's family previously thanked the community for the "love and support during this very difficult time" and asked for continued "thoughts and prayers."

Berry's family also included the scripture they said the 33-year-old lived her life by: Matthew 17:20-21.

20) So Jesus said to them, “Because of your unbelief; for assuredly, I say to you, if you have faith as a mustard seed, you will say to this mountain, ‘Move from here to there,’ and it will move, and nothing will be impossible for you. 21) However, this kind does not go out except by prayer and fasting.

Lt Berry's procession passed Richmond Fire Station 2, where she was assigned as an officer, on route to Maury Cemetery where she was laid to rest.

“Well Lt. Berry, farewell, farewell. Take your rest and we will see you after a while,” Rev. Russell Brown said.