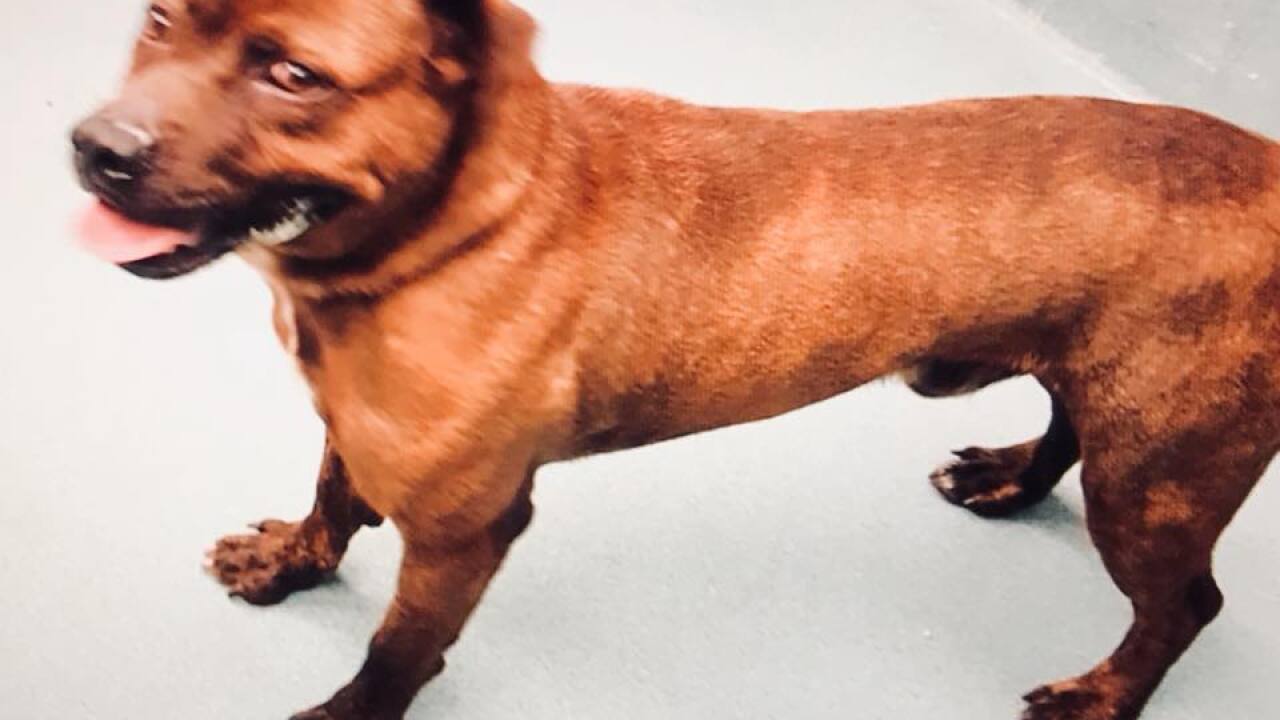 "[Tippy] was shot at close range and killed on Tuesday, December 3 at 4 p.m. in the alley beside 2416 Yorktown Avenue in Richmond," RACC posted on Facebook. "Multiple people were in this area when the shooting took place and we are confident someone knows something but has yet to come forward."

"Once [officers] were on scene they realized the shots fired equaled a dead dog," she explained. "The frustrating part is that they were so many people in the area at the time. We are sure someone knows exactly who did this and saw everything."

"They came home from the grocery store and opened the door and the dog ran out to the side yard," she stated.

The dog was found in the alleyway and it was shot in the head.

Tippy was described as a brown brindle, neutered male pit mix. His family previously had the dog neutered at Richmond Animal Care and Control.

Anyone with information was asked to call Richmond Crime Stoppers at 804-780-1000.