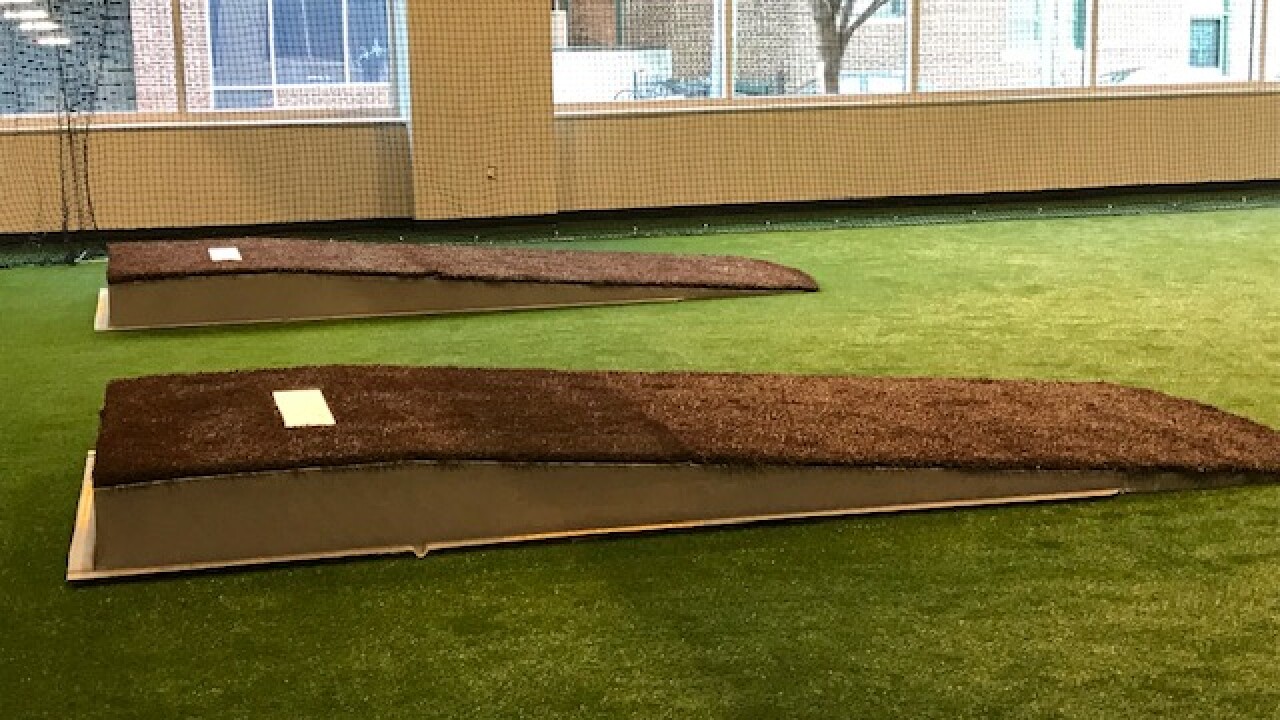 Richmond, Va. – Shawn Stiffler only wears a suit about once or twice a year. Thursday qualified.

“Having everything under one roof from a locker room, to a training facility to a performance center all within feet of each other makes day to day life more efficient” Stiffler said.

The facility was built into the bottom of the Bowe Street parking deck adjacent to the Siegel Center. At a cost of $1.9 million, it includes pitching and hitting areas, a rehab facility and a state of the art locker room. The team will still play their home games at the Diamond and do some of their workouts there, but for a good deal of their year round training, they can now stay right on campus.

“It’s going to help us be around our players more” said Stiffler who will be entering his 8th season as head coach of the Rams. “It’s going to build more relationships and to let us develop them as people and young men.”

When the Rams are not using the facilities at the Diamond, they have been hitting and throwing in an auxiliary facility inside the school’s Franklin Street Gym, a place clearly not designed for baseball.

“It’s like a new house” Stiffler continued. “We have to break it in now. Great lighting and the newest technology. We can manipulate the batting cages for whatever drill we’re running. It’s a game changer.”

VCU and the Flying Squirrels also announced that they will be hosting the 2020 Atlantic 10 baseball tournament at the Diamond next May, the first time this championship has come to RVA.

“I think this is a big deal for the whole community” said Todd “Parney” Parnell, the COO of the Flying Squirrels. “To have all these teams from across the East Coast come to our city, playing in our ballpark, it’s a real honor.”

Parnell thanked Eastern League President Joe McEacharn for working with the Squirrels and VCU on the league’s schedule for next year to be able to allow The Diamond to host the tournament while the Squirrels are on the road.

“They don’t know how Parney does it” Stiffler said of the A-10 coaches and teams that will be experiencing the Diamond during a championship for the first time. “They’re going to offer an unbelievable experience for these kids. To come in and experience this facility and the way the Flying Squirrels do it.”