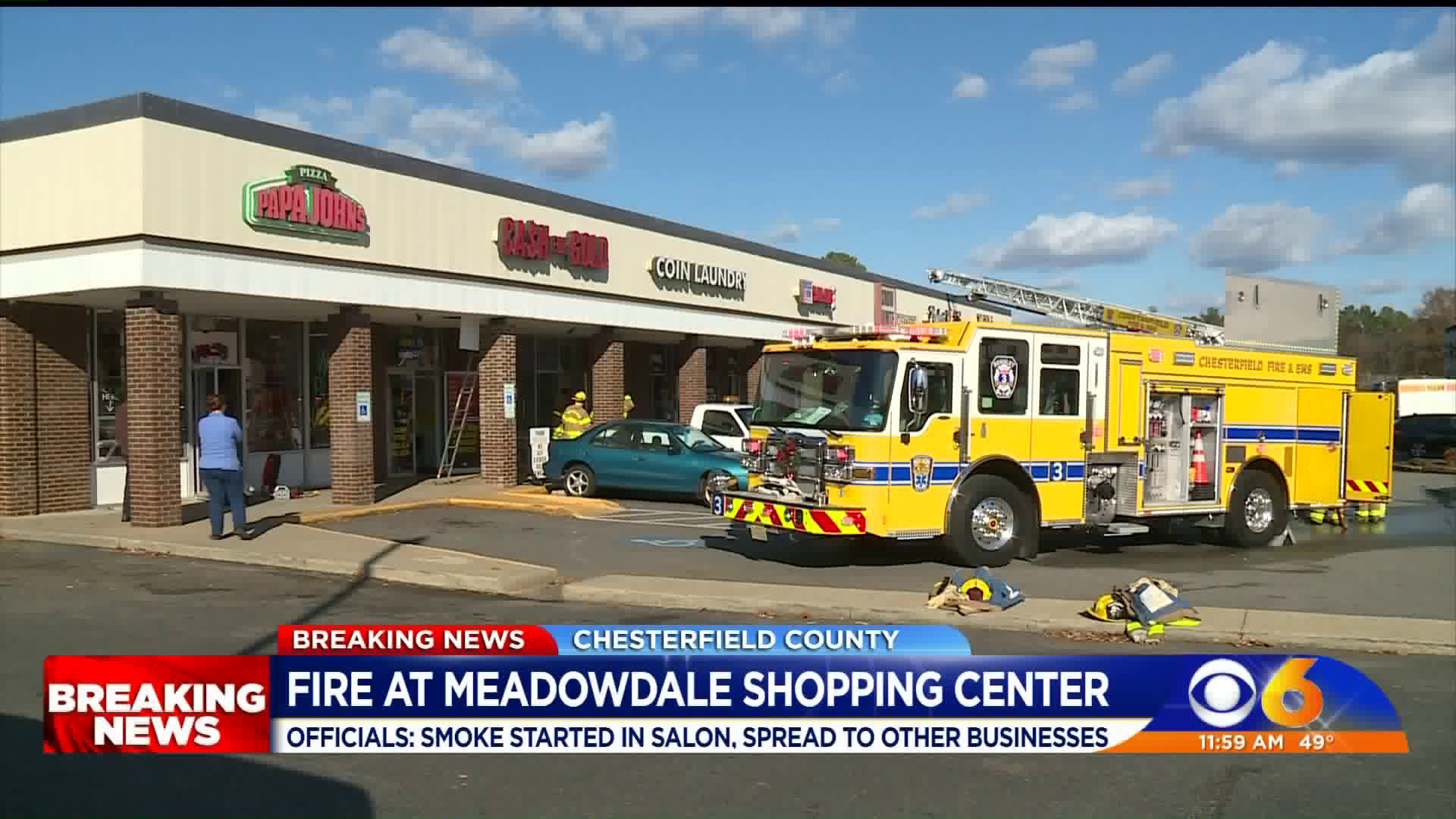 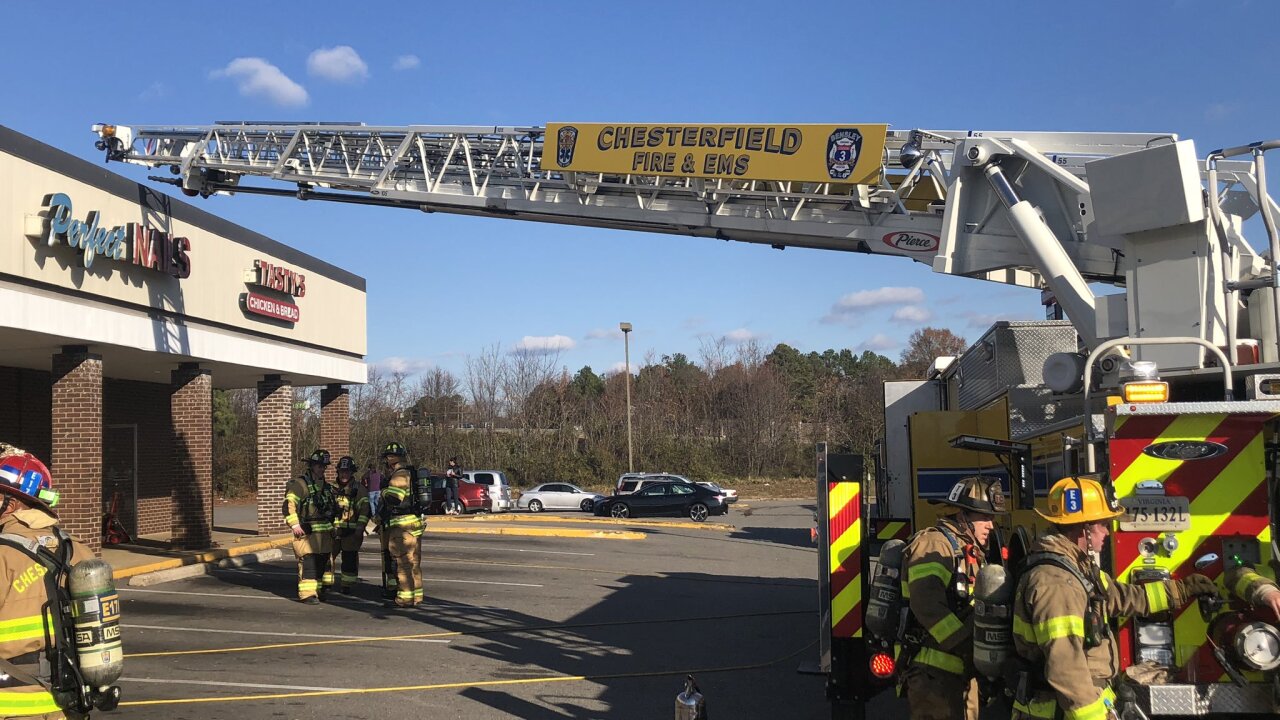 Firefighters were called to the Mass Flow Dominican Salon in the 4100 block Meadowdale Blvd at 8:55 a.m. Upon arrival, officials say they saw smoke coming from the salon and other businesses. 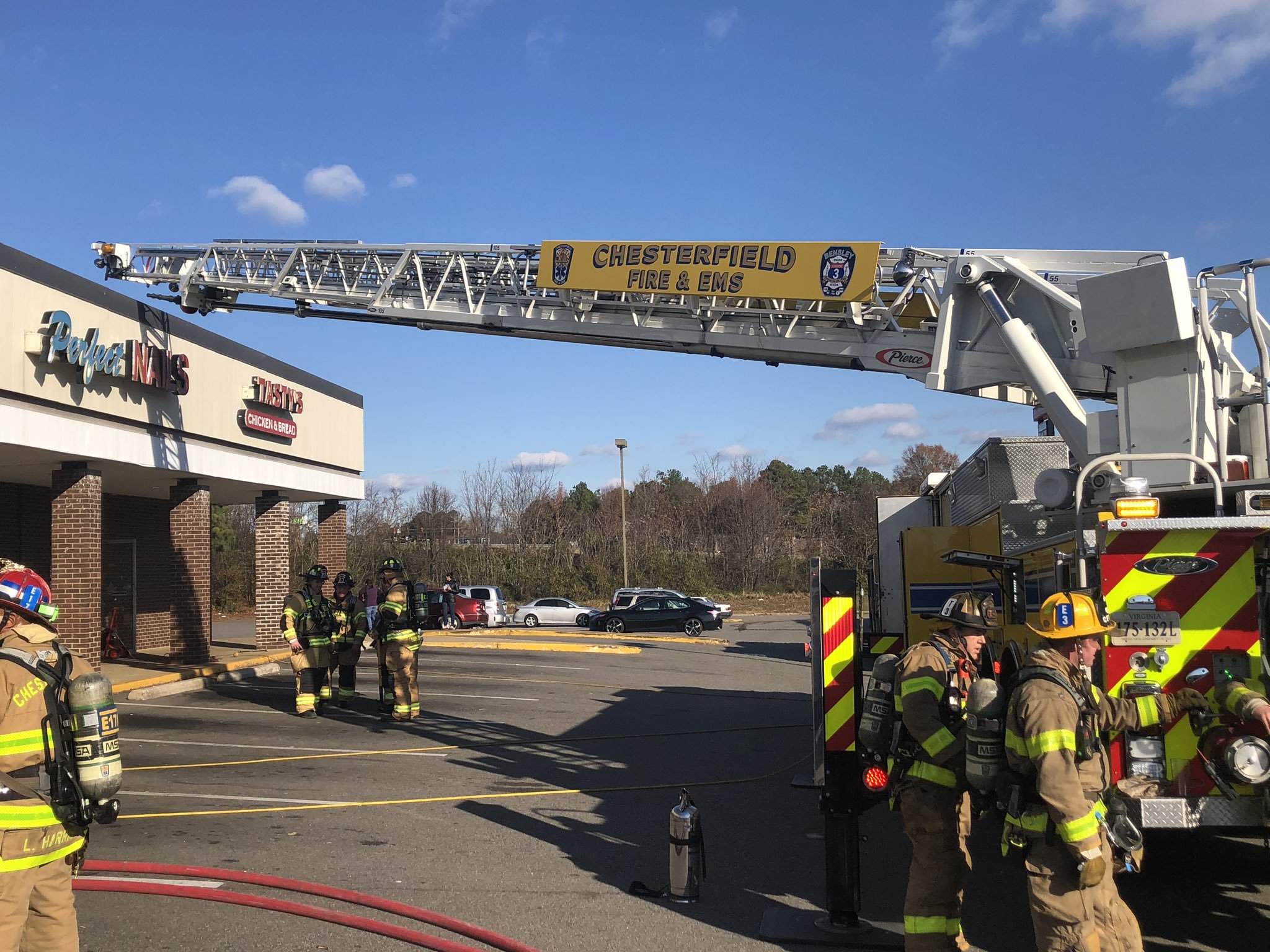 Businesses in the shopping center will more than likely be closed for the remainder of Thursday and reopen Friday, according to Chesterfield Fire & EMS LT. Jason Elmore.

Officials say the fire started in a back room of the salon.