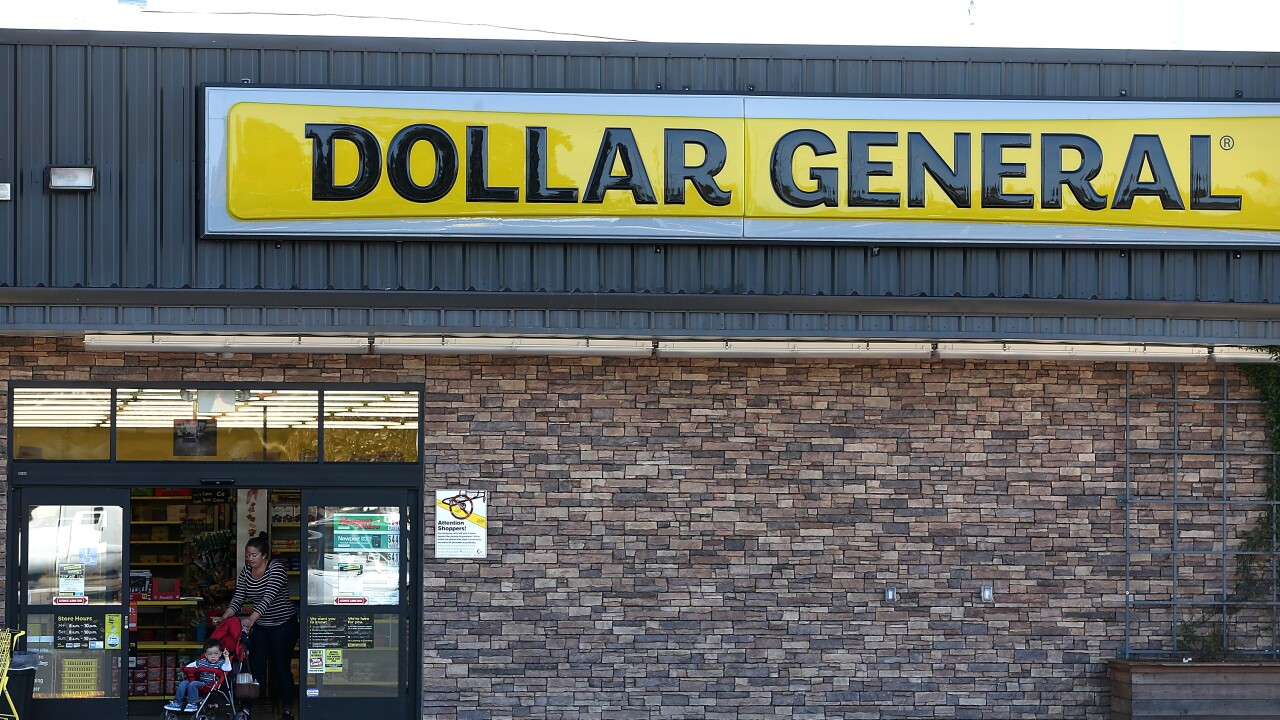 VALLEJO, CA – MARCH 12: A customer leaves a Dollar General store on March 12, 2015 in Vallejo, California. Dollar General Stores Inc. announced plans to open over 700 new stores in 2015 in an attempt to improve on its position among discount retailers in the United States. (Photo by Justin Sullivan/Getty Images)

Dollar General remains one of the fastest-growing retailers in America, attracting customers with rock-bottom prices on snacks and household goods. It’s so confident in that strategy that it plans to open 1,000 new stores in 2020, just as it has for the past several years.

The company tightened its grip on shoppers during the most recent quarter, increasing sales at stores open for at least a year by 4.6% compared with the same period a year ago. It marked Dollar General’s fastest quarter of sales growth in five years.

Its profit increased, too, up 11% during the quarter and the company raised its outlook, driving its shares up 5% in early trading. Dollar General stock has rallied more than 50% over the last two years.

By opening 1,000 new stores next year, Dollar General’s growth is nearly unrivaled in the industry at a time in which many brick-and-mortar retailers are closing stores or folding. Walmart, which swept into new towns for decades with massive superstores, has essentially stopped opening new ones. By contrast, Dollar General is entering new cities and towns with small stores and opening up in areas where it has already gained hold.

Dollar General currently has more than 16,000 stores in the United States and caters mainly to low-and-middle-income customers in rural and suburban areas, while its rival, Dollar Tree, targets suburban, middle-income shoppers. Family Dollar focuses on lower-income urban and rural customers. Dollar Tree bought Family Dollar in 2015, but has struggled to absorb the chain into the company.

Despite the strengthened US economy in recent years, dollar stores’ popularity has endured. Wages for a vast number of Americans have grown only modestly.Americans living paycheck-to-paycheck have been a boon to Dollar General, and wages for a vast number of them have grown only modestly. The chains have also reached higher-income shoppers seeking discounts.

“We see her about where we have the last couple of quarters,” Dollar General chief executive Todd Vasos said on a call with analysts Thursday. “She still has a little bit of extra money in her pocket, continues to be employed at a pretty high rate. But, always remember, our core customer is always a little stretched.”

Dollar Tree CEO Gary Philbin added last week that low-income consumers are often “one doctor bill or one car repair bill away from not being in such good shape.”

On Wednesday, the Trump administration unveiled a final rule that will require more food stamp recipients to work to receive benefits. The new requirement limits states’ abilities to waive existing work mandates and could result in 688,000 people losing assistance, according to the US Department of Agriculture.

Dollar General has said a little under 5% of its sales come from the Supplemental Nutrition Assistance Program, or SNAP, as the food-stamp program is formally known.

“We don’t see this as a material impact next year,” CEO Vasos said on a call Thursday. “We’ve continued to see a long-term trend of reduced benefits over time gradually. But over that time, our share has grown as well.”

In recent years, a wave of cities and towns have passed laws curbing the expansion of Dollar General, Family Dollar and Dollar Tree.

“We are disappointed that a small number of policymakers have chosen to limit our ability to serve their communities,” a spokesperson for Dollar General previously told CNN Business. “We believe the addition of each new Dollar General store represents positive economic growth for the communities we serve.”