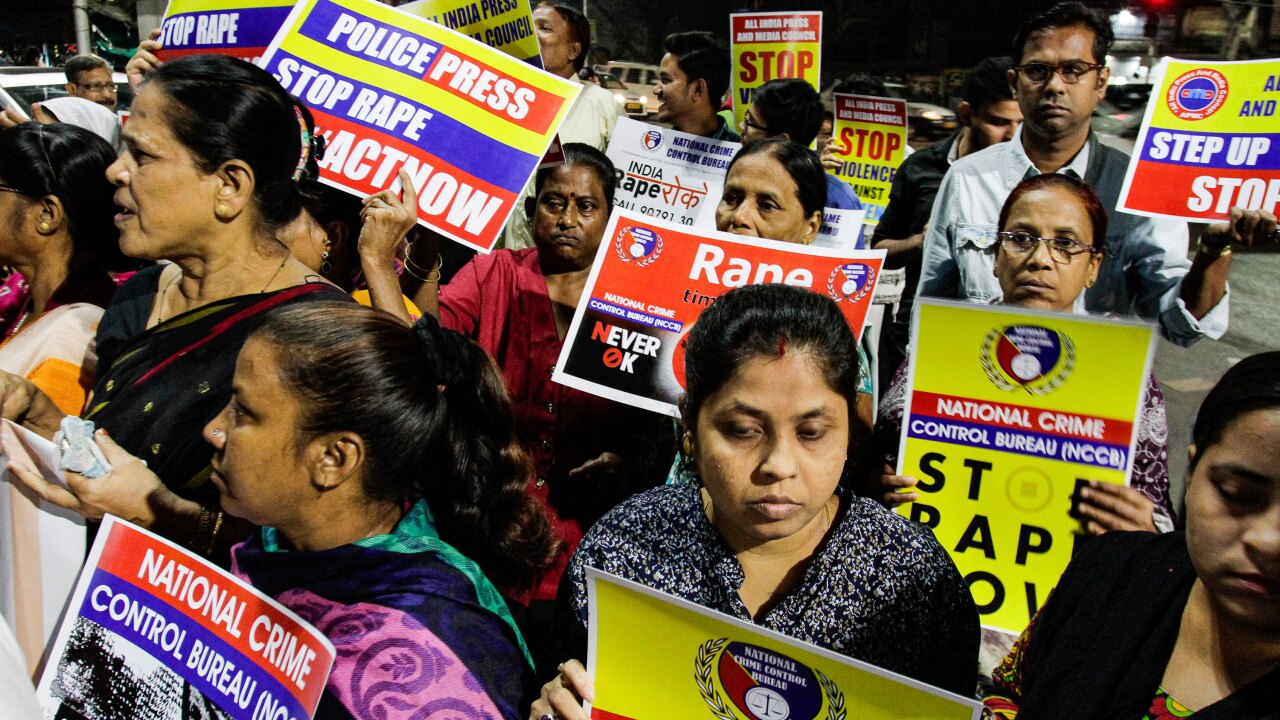 Indians demanding justice in the case of a veterinarian who was gang-raped and killed last week, walk with placards during a protest in Kolkata, India, Wednesday, Dec. 4, 2019. The burned body of the 27-year-old woman was found Thursday morning by a passer-by in an underpass in the southern city of Hyderabad after she went missing the previous night. (AP Photo/Bikas Das)

A 23-year-old woman in the Indian state of Uttar Pradesh was set on fire Thursday as she traveled to testify at the trial of two men accused of raping her, according to police.

The unidentified woman told police she was attacked on the way to the railway station in Unnao, where she and the alleged rapists are from, according to local senior police official Gaurav Kumar Tripathi.

The woman is in critical condition with burns to 90% of her body, according to Dr. Pradeep Tiwari of Shyama Prasad Mukherjee Hospital in Lucknow.

The woman told police that the two men, who stand accused of raping her in March, were involved in Thursday’s attack, along with their respective fathers and a nephew. One of the two accused rapists was out on bail, and the other one had been on the run, police told CNN.

The woman was set to travel to the town of Rae Bareli — where the alleged rape took place in March — for the trial.

Official charges have not been filed for Thursday’s attack, but the five men were arrested on suspicion of attempted murder and criminal intimidation, based on the woman’s account of the incident.

On Wednesday, the chairwoman of the Delhi Commission for Women, Swati Maliwal, blamed holes in the legal system that allowed dangerous perpetrators out on bail.

Maliwal spoke to CNN following the gang rape and murder of a 27-year-old woman in the city of Hyderabad last week.

India is grappling with an endemic problem of sexual violence against women.

Sexual assault in India has in the past been seen by authorities as more of a social and cultural issue rather than a concern for law enforcement, according to women’s rights activists, with existing laws failing to protect women.