Quiet Hanover community concerned about ‘400 trucks a day’ in neighborhood 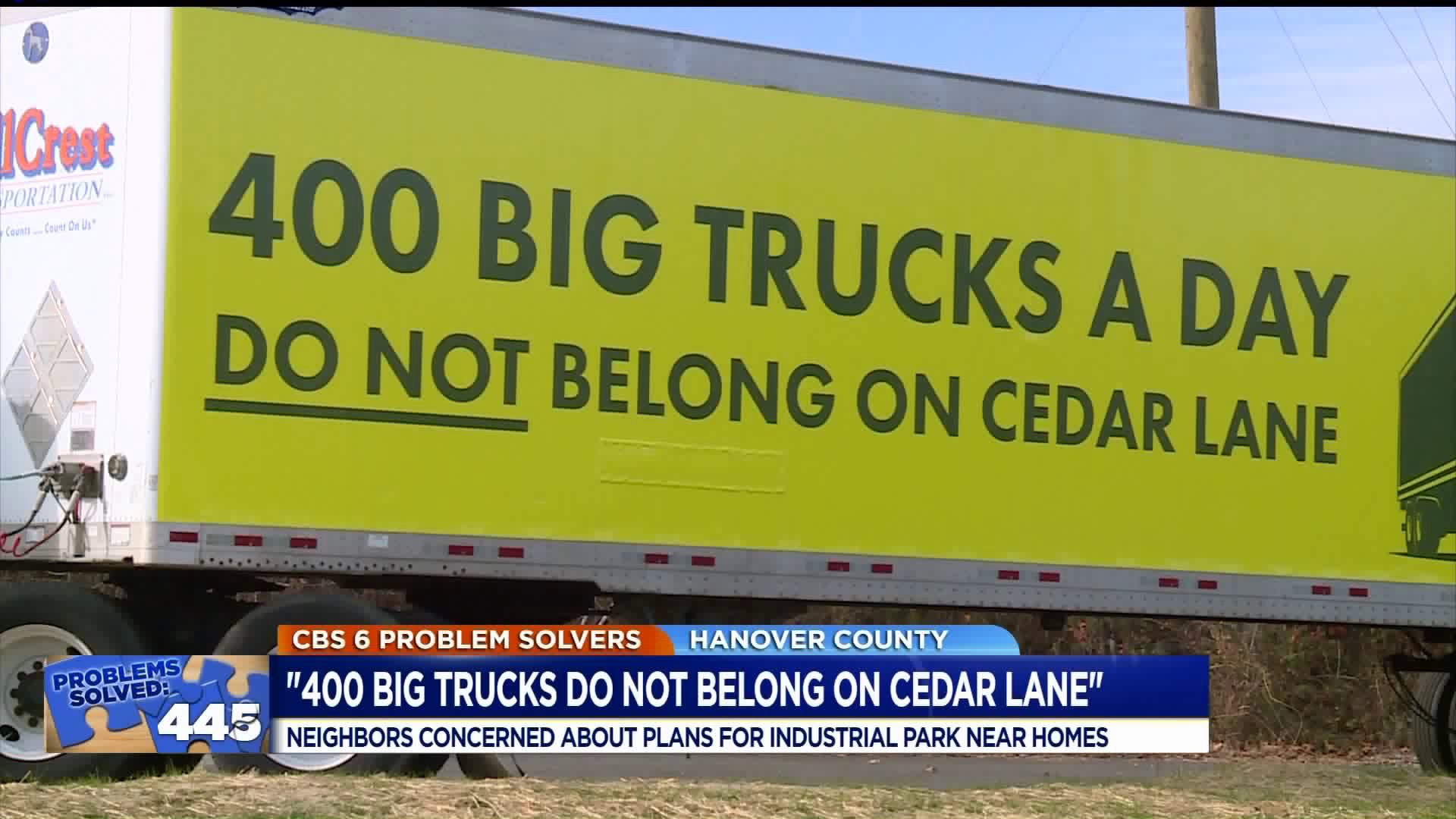 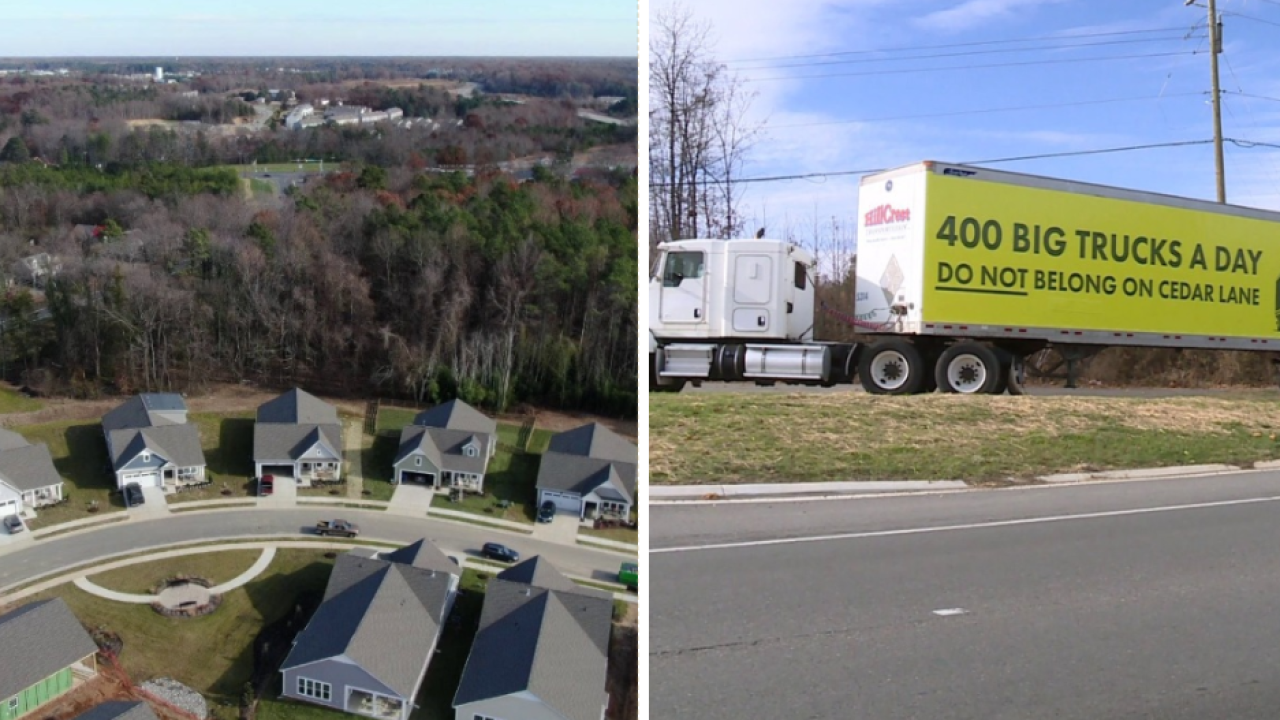 HANOVER, Va -  In Hanover, a big rig wrapped with bright letters has been placed near the intersection with Cedar Lane as both a billboard and an example for the thousands of vehicles rolling down Route 1.

A group of homeowners who live off the two-lane road are upset with the proposed entrance/exit design of a soon to be built industrial park.

The project, known as the Cedar Lane Industrial park, is being developed as a speculative commercial distribution center, project managers said. A tenant for the property has not been identified.

A site plan for the property from 2015, when it was zoned for industrial use, shows four potential entrance/exit points. Cedar Lane owners and real estate developers began to voice opposition when a construction plan for phase 1 of the project included only one access point, which was on Cedar Lane and not Route 1, which the property borders.

“Anybody who’s spent anytime driving up and down Cedar Lane knows it sometimes feels like it’s not even appropriate for cars to be driving on, let alone big rigs,” said Rick Albee, who lives in Chickahominy Falls, an age-restricted community positioned across the street from the potential park entrance. "I don’t think people understand what it means to say hundreds of trucks until you see, oh, hundreds of those.”

“Cedar Lane is a sleepy, country road. It’s not designed to carry this kind of industrial traffic,” said Anna Kotas, who lives in the Cedar Le Park Subdivision. "I believe this has something to do with getting this done quickly and getting this done cheap.”

David Maloney, the Planning Director for Hanover County, said the plans were vetted years ago through the public-facing zoning process established by the county. Maloney said he believes some community members misinterpreted the 2015 site plans as the final renderings.

Maloney said the zoning for the industrial park was approved before Chickahominy Falls was built. That neighborhood and its developer are spearheading the big rig protest.

Northern Virginia based Scannell Properties purchased the development rights to the land and submitted the construction plans in question. A company official said they commissioned a traffic study that was approved by VDOT that showed Cedar Lane could adequately maintain the amount of expected industrial traffic.

The representative said the could add extra access points once other phases of the project come online, but said no such plans are being considered currently.

Multiple homeowners groups are appealing the newest plans to the Hanover Board of Supervisors, asking them to review the access point issues. A hearing on the appeal is scheduled for next Wednesday night.

“I’m hoping to reach straight to the heart of some of these people. They’re probably regular folks, moms and dads, sitting on that Board of Supervisors just doing their jobs,” Kotas said. "I think there is very little consideration to how these plans are being developed on the well being of the citizens, to the good of this district, and especially the people living on Cedar Lane.”

“The people would be behind it if the entrance was moved to Route 1, which is the obvious place to put it,” said Robert Mahone, who lives in Chickahominy Falls.

Wayne Hazzard, who represents the South Anna District on the Hanover Board, said he and his colleagues would evaluate the merits of this appeal at the hearing.

Maloney said the Hanover Planning Department will defend their decision to sign off on the project in its current formation.