Be prepared for road closures during the Dominion Energy Christmas Parade 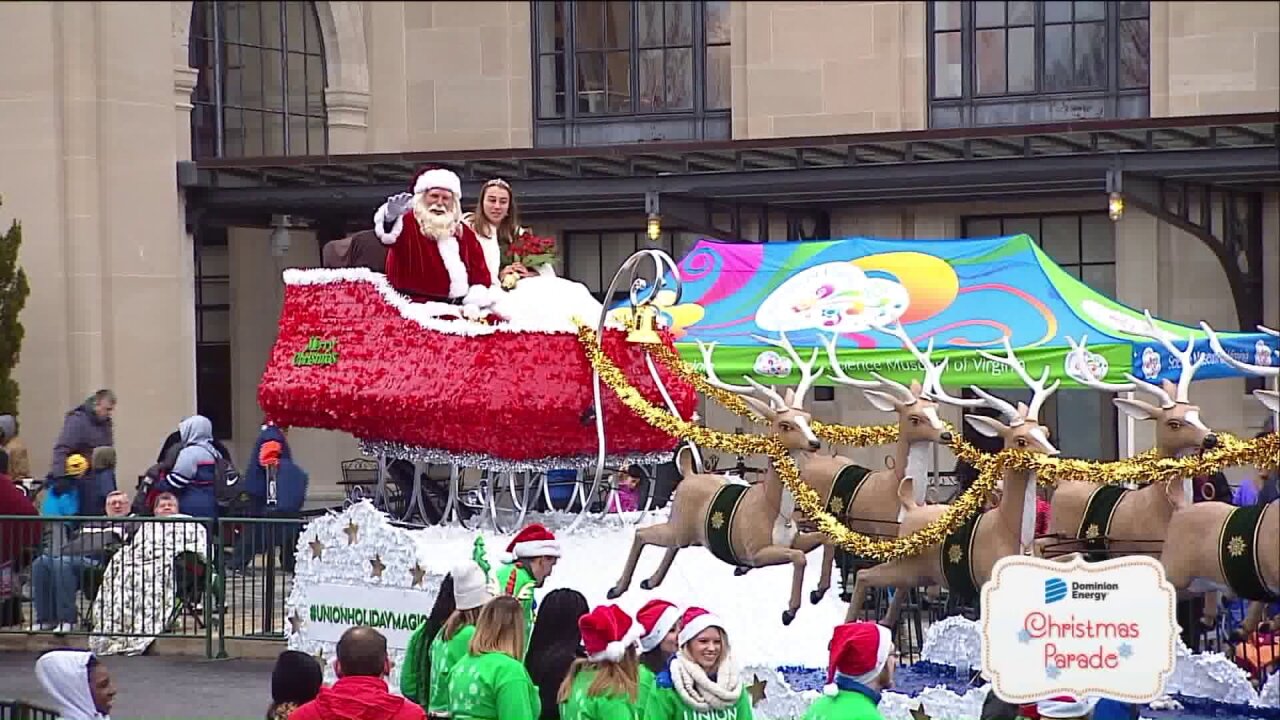 RICHMOND, Va. — While floats, balloons, and marching bands parade along West Broad Street on Saturday for the Dominion Energy Christmas Parade, several roads in the area will be closed to traffic.

The following roads will be closed beginning at 7 a.m. Saturday and remain in effect until 2 p.m.

“Major city thoroughfares such as Broad Street and Leigh Street will be affected,” a Richmond Police spokesperson warned. “No Parking zones along the route will go into effect beginning at 5 a.m. on Saturday, Dec. 7 until 3 p.m.”

If you cannot make it to the parade route in person, who can watch the parade on CBS 6 or stream it live on WTVR.com.