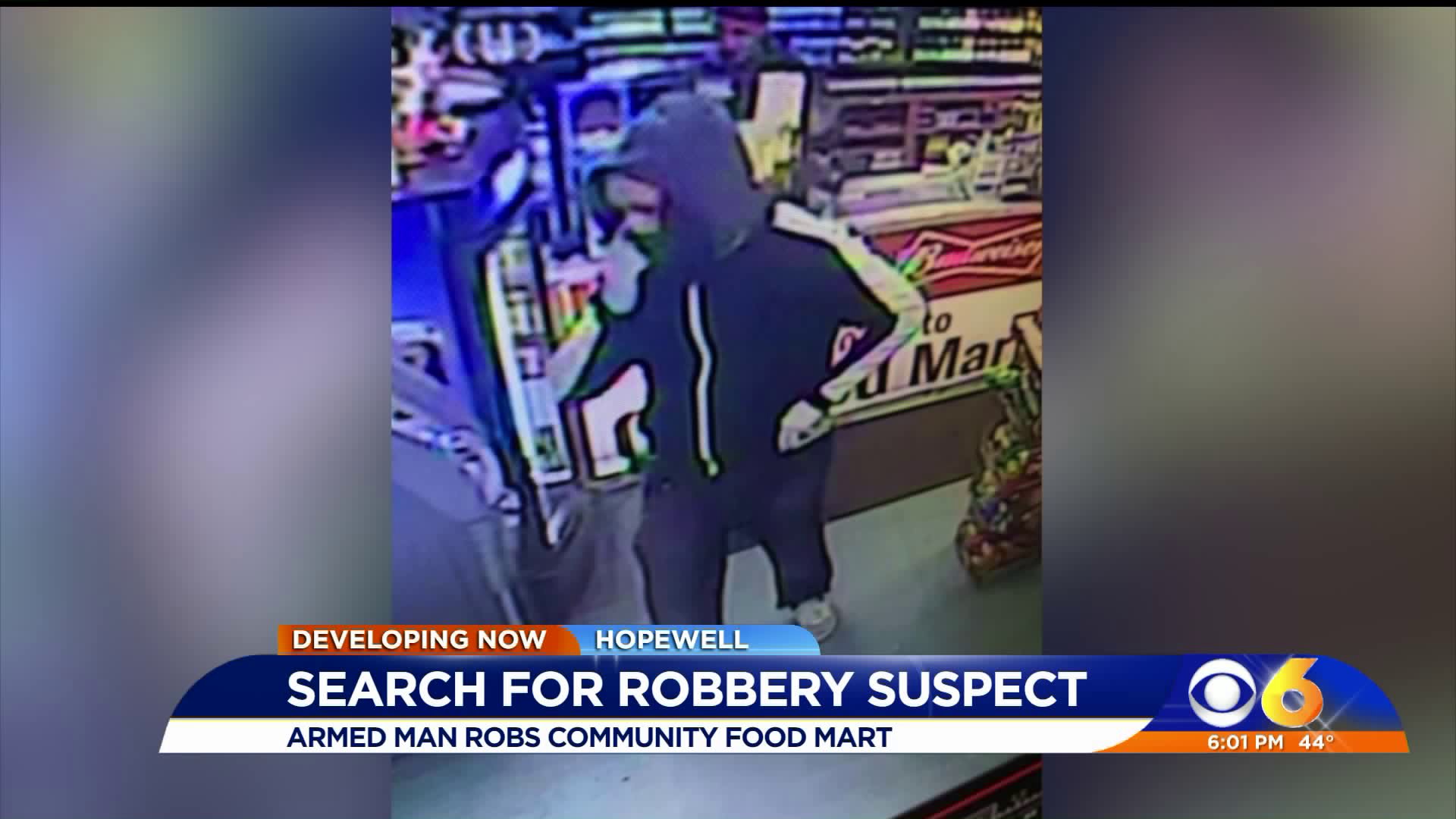 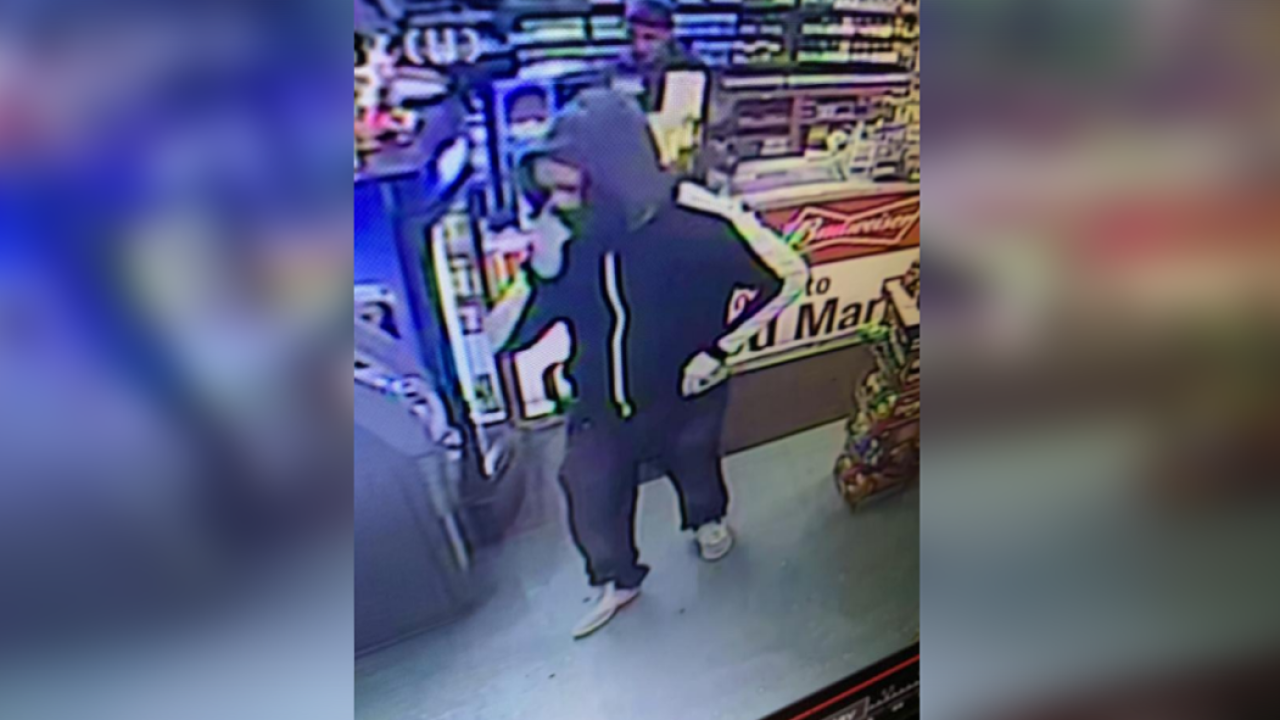 HOPEWELL, Va. -- Hopewell Police are asking the public's help in identifying the man who robbed a Hopewell convenience store on Monday.

Around 7:17 PM, officers responded to the Community Food Mart at 325 S. Mesa Drive for an armed robbery that had just occurred.

Police say that a man entered the business while armed with a gun and demanded money from the clerk.

He was last seen wearing gloves, a black jacket with white stripes down the sleeves, a hood and a half mask to cover his face.

The Hopewell Police Department is requesting that any person(s) who may have information regarding this crime or who may have been traveling in and/or around the area at the time or have any information to provide, to contact Lead Detective Benjamin Ransom of the Hopewell Criminal Investigations Unit at (804) 541-2284. Persons with information on this crime and who wish to remain anonymous may contact the Hopewell Prince George Crimesolvers hotline in Hopewell at (804) 541-2202 or provide their tip using the P3tips mobile app.