Richmond woman fed up with not having hot water: ‘It’s so back and forth’ 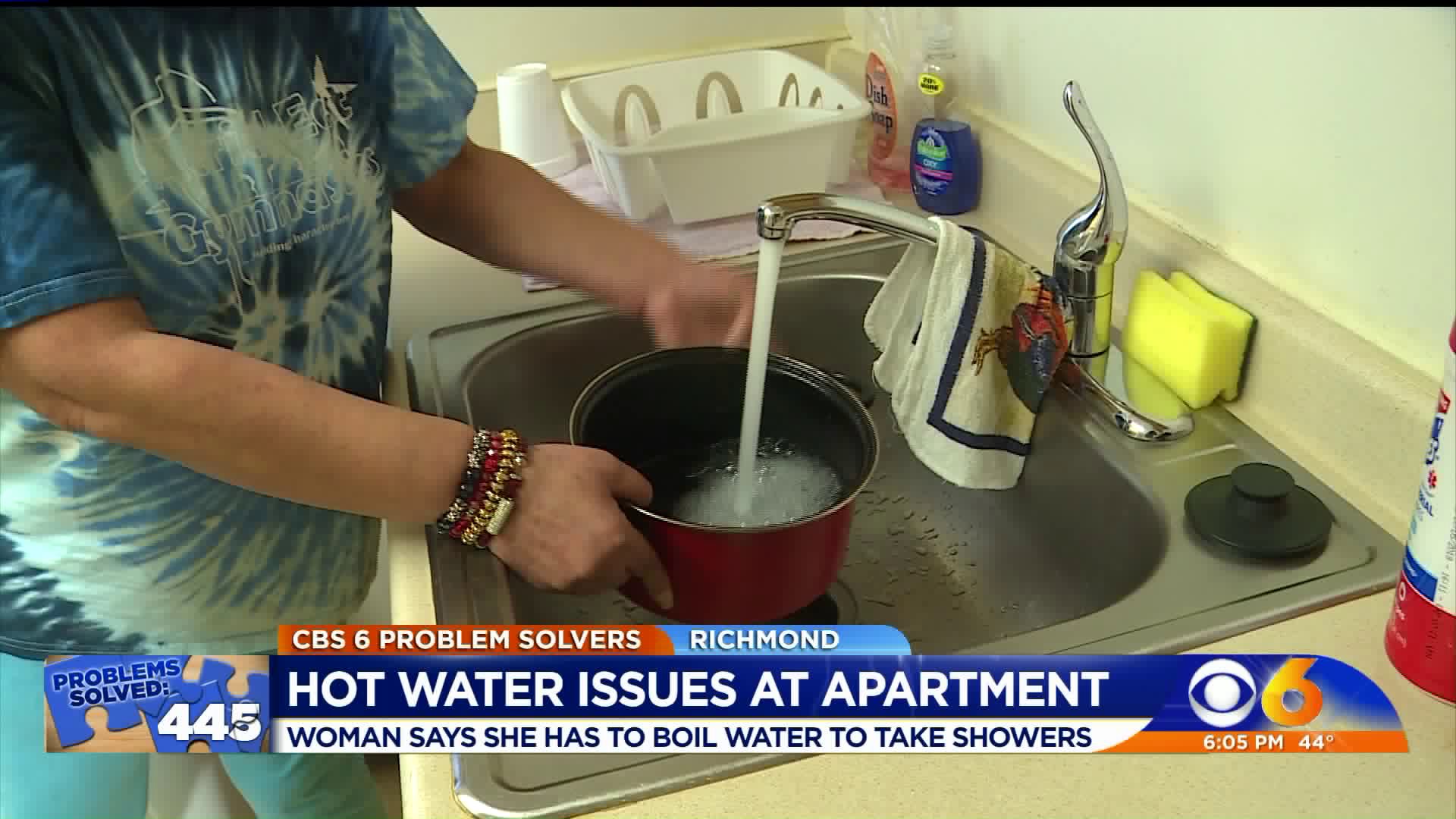 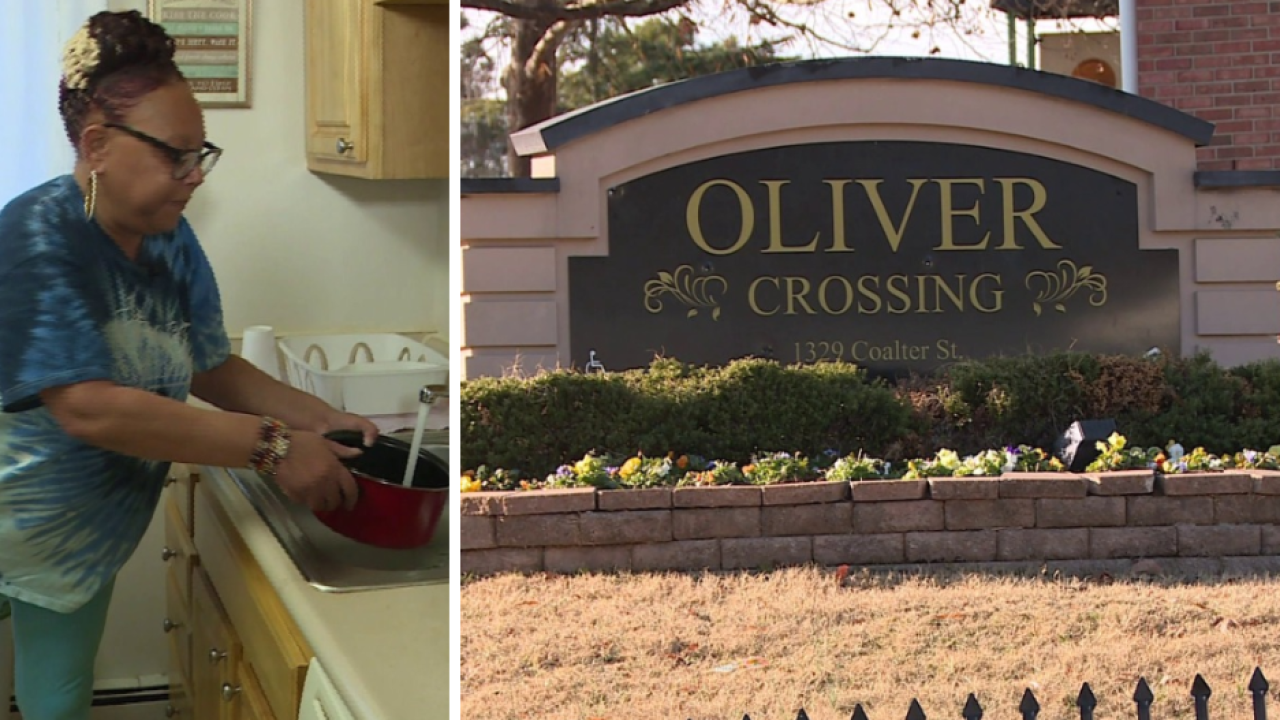 RICHMOND, Va. -- A Richmond woman fed up with not having hot water in her apartment contacted the CBS 6 Problem Solvers for help.

Anna Claiborne has been living in the Oliver Crossing apartment for about 18 months. She says she contacted her rental office about a dozen times to address the "constant hot water outages."

Claiborne says it got so frustrating, that on multiple occasions she would travel from Richmond to Chesterfield to take a shower at a relative’s home.

Gathering several pots on her stove and a bucket from her bathroom, a frustrated Claiborne demonstrates the lengths she has to go to each time her hot water goes out in her apartment.

To her, it’s no small issue. She says in the past eighteen months, she has repeatedly turned on the hot water faucet only to be met with ice-cold water. When it’s addressed, Claiborne says the fix doesn’t last long.

“It’s so back and forth. It’ll be down for 2 or 3 days and then it comes back on for up to two hours. Then, it’s back cold again” Claiborne said. Her frustration prompted her to call CBS 6 Problem Solvers. The last straw? A few days ago when she had to make it through the Thanksgiving holiday with no hot water.

“It’s very inconvenient. Can’t wash dishes in cold water. Can’t run the dishwasher. You have to boil the water and then tote it to the bathroom to take a bath. It’s very unacceptable” Claiborne said.

Upset at how she thinks her complex is handling this, Claiborne asked CBS 6 Problem Solvers to shine a light on the situation. She says she’s not just speaking up for herself.

“I was told the boiler heats three different buildings” she added.

A spokesperson for Oliver Crossing, Ed Cafasso, told CBS 6 Problem Solvers that Tuesday afternoon a maintenance crew fixed her hot water issue. He acknowledged that the system controlling the hot water in her building is likely thirty to forty years old. He says they plan to keep a closer eye on Claiborne’s apartment. Cafasso says they’re still weighing whether future repairs or if a system replacement is the best option.

Though grateful for the fix, Claiborne admits she’s still worried that it’ll only be temporary.

HUD spokesperson Lisa Wolfe tells us since it’s a privately owned complex, they’ve been in touch with Oliver Crossing management.

Wolfe said that HUD plans to have someone reach out to Claiborne about the ongoing issues. Cafasso encourages tenants to continue to report any maintenance issues to their complex hotline or rental office.

She also said that if tenants feel like their concerns are falling on deaf ears, they can use the services of a company called Navigate—an advocate for tenants and that that information should be posted on a bulletin board in their building. Tenants can always reach out to HUD’s Richmond office as well.