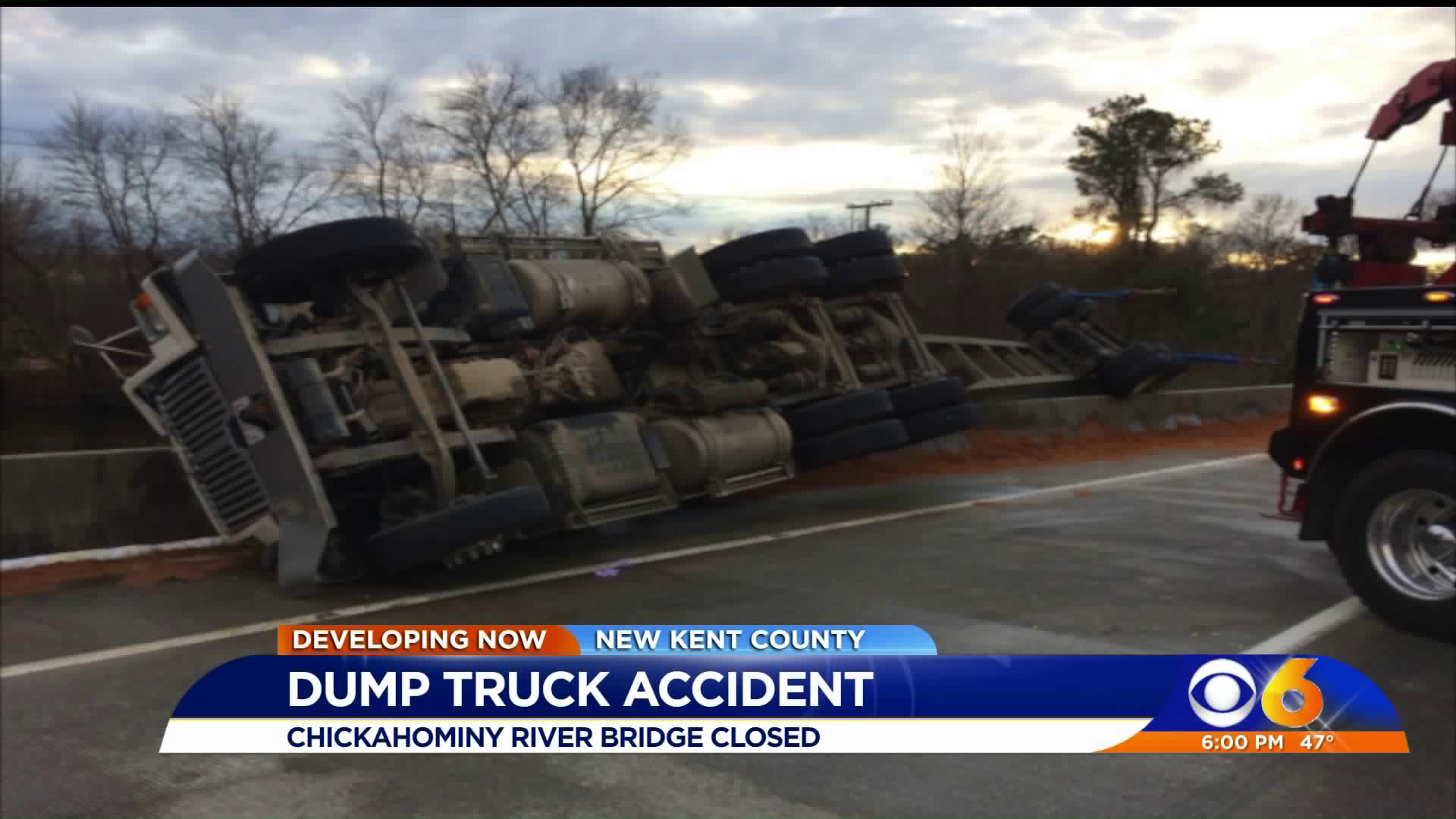 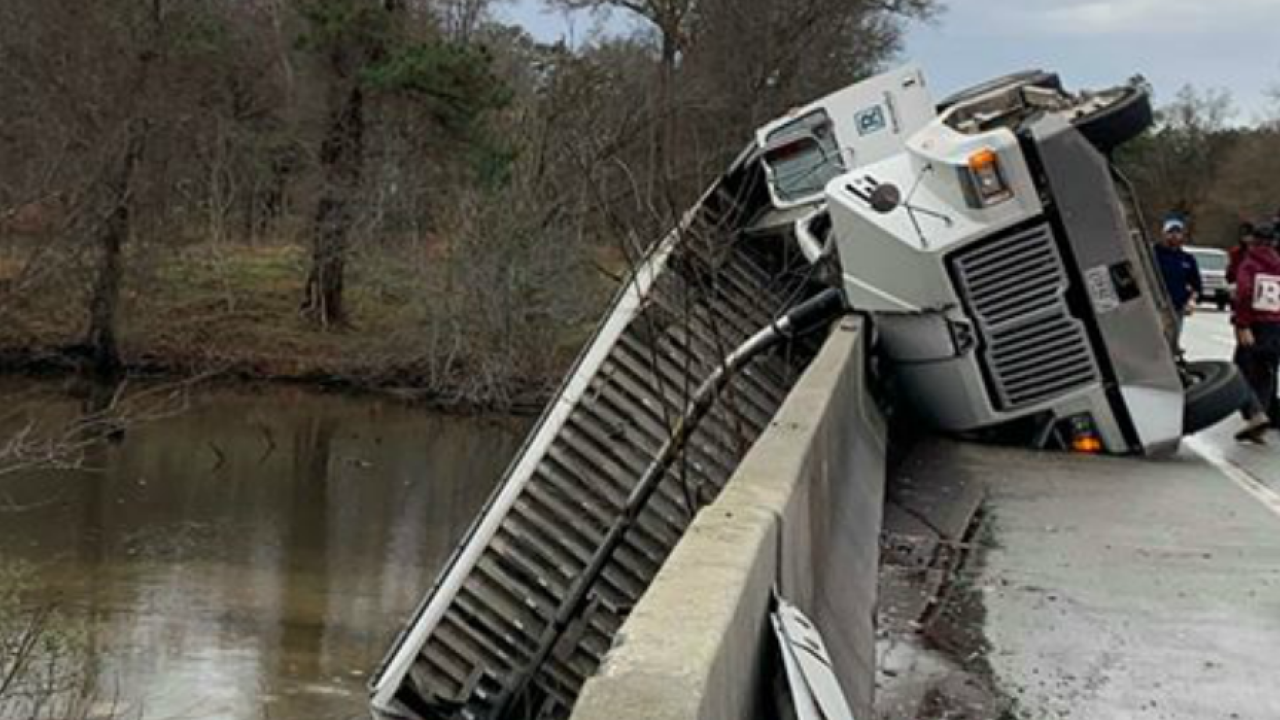 NEW KENT, Va. -- A dump truck was left dangling over the Chickahominy River Bridge following a crash on Monday.

A 2018 Western Star dump truck driven by, Andrew Gurley, 20 of Charles City, Va., was traveling eastbound Route 60 with the bed of the truck raised.

The truck proceeded in the right lane across the Chickahominy River Bridge overturning on the passenger side with the truck leaning over the jersey wall. 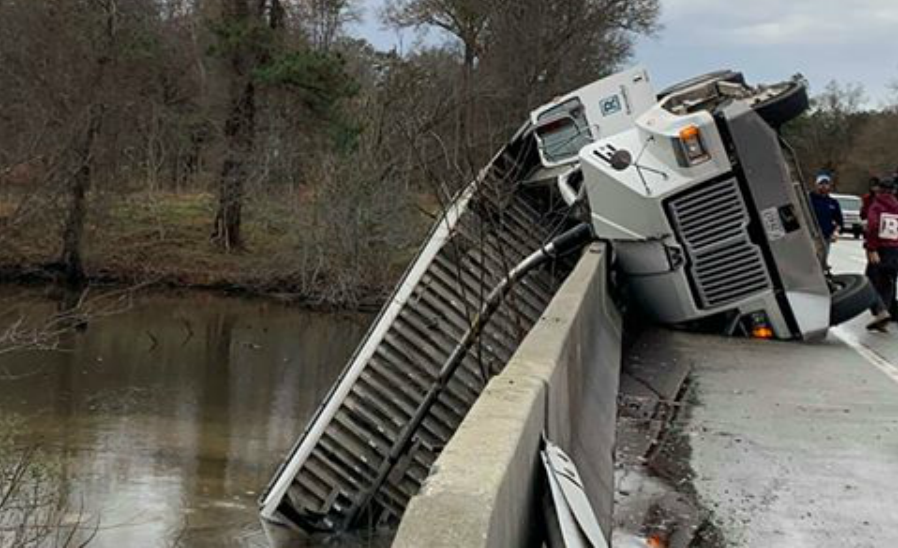 Witnesses say the driver walked away from the crash. Police say he was transported to the hospital for treatment of minor injuries.

An entire load of approximately 23,000 pounds of agriculture lime was lost. Power lines were also damaged on the Henrico side of the bridge.

New Kent Sheriff's Office, New Kent Fire and Rescue, Henrico Police Department, and VDOT are all assisting at the scene of the crash with road closure, which will remain for an extended period of time.

The crash remains under investigation and charges are pending at this time.