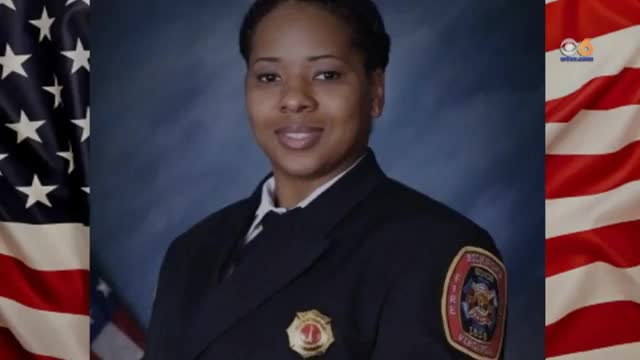 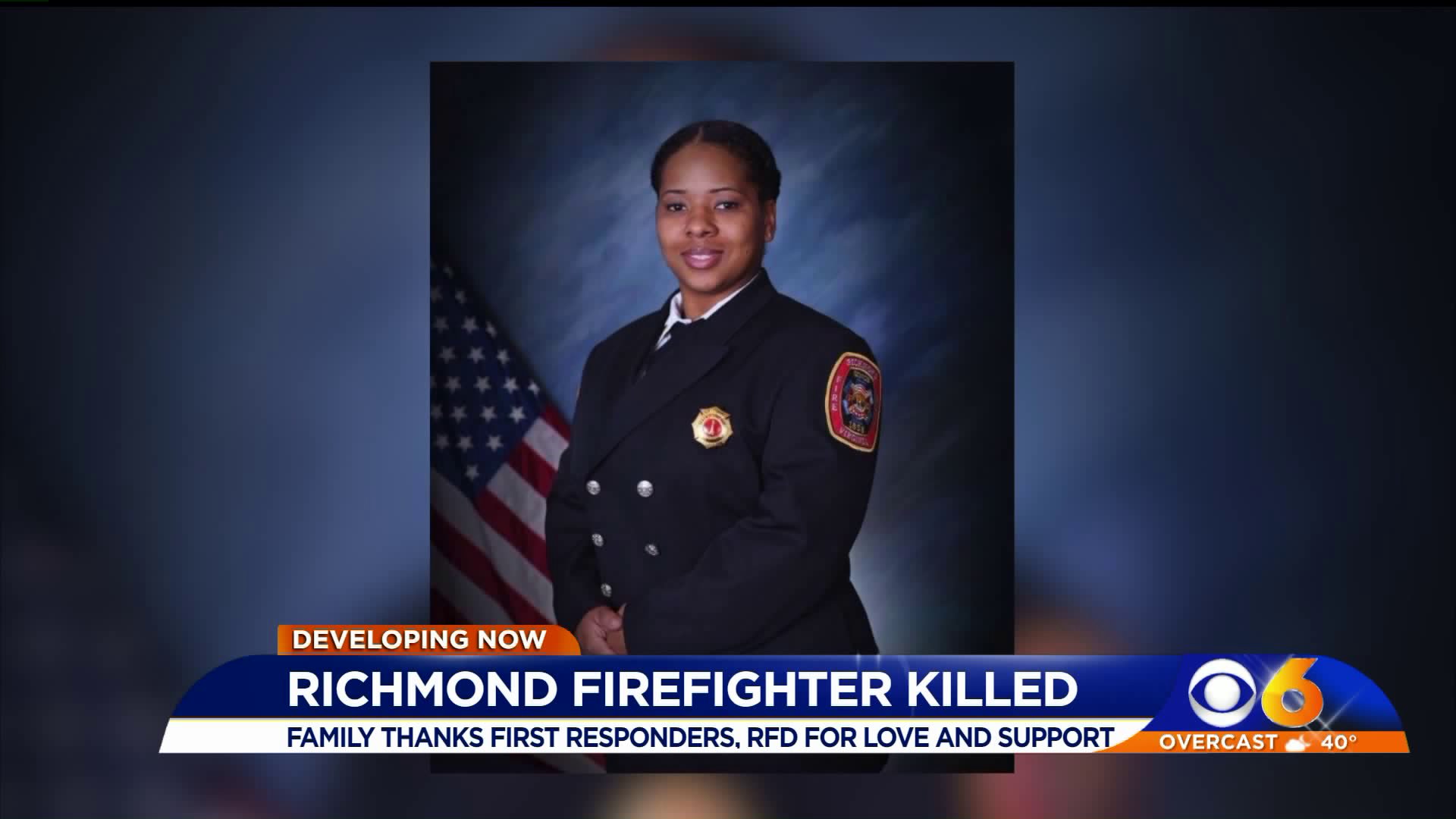 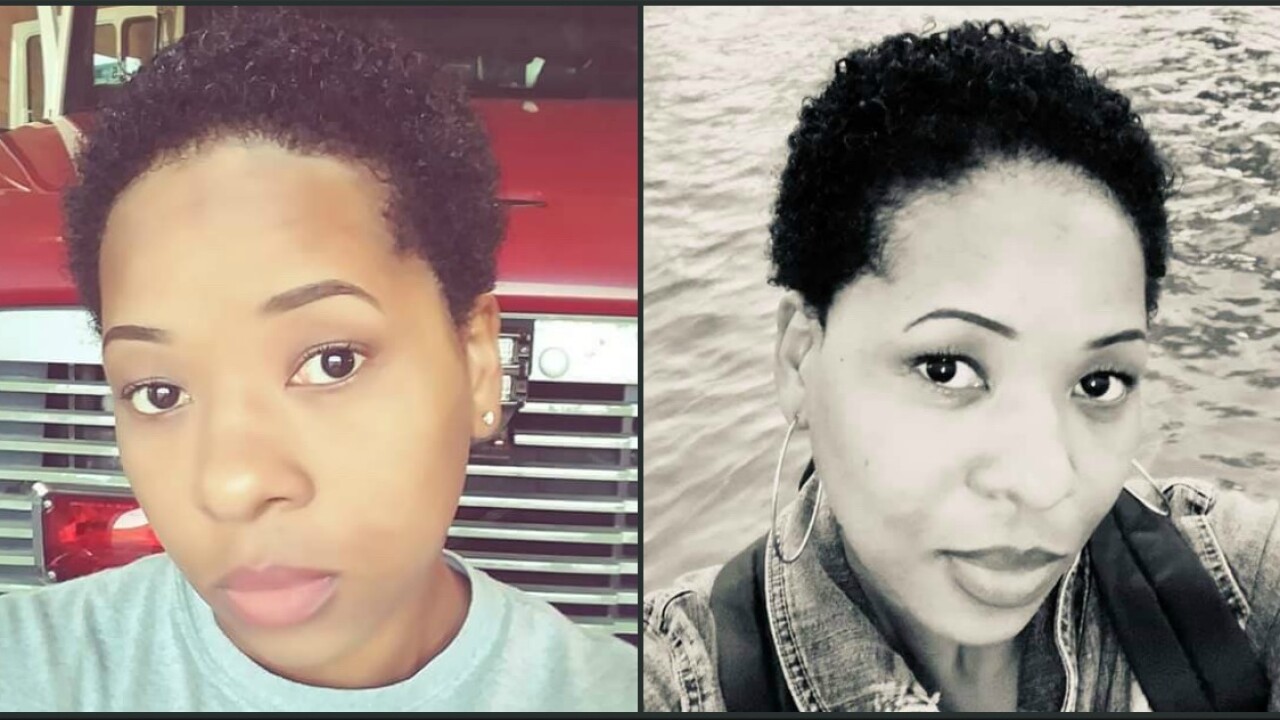 RICHMOND, Va. -- The family of Ashley Nicole Berry, the veteran Richmond firefighter and mother of three who was killed in a shooting in Hopewell on Thanksgiving, released a statement Saturday morning.

"The family of Lieutenant Ashley Nicole Berry wishes to thank all who have shown love and support during this very difficult time. Please continue to keep us in your thoughts and prayers," the family's statement reads. "The family is very appreciative of the First Responders of the City of Hopewell, John Randolph Medical Center, VCU Medical Center in responding to this unfortunate and tragic situation. We are also forever grateful to the City of Richmond Fire and Emergency Services Department for their continued love and support during this trying time."

Berry's family also included the scripture they said the 33-year-old lived her life by: Matthew 17:20-21.

20) So Jesus said to them, “Because of your unbelief; for assuredly, I say to you, if you have faith as a mustard seed, you will say to this mountain, ‘Move from here to there,’ and it will move, and nothing will be impossible for you. 21) However, this kind does not go out except by prayer and fasting.

Funeral arrangements have not yet been announced.

Hopewell Police were called to the 1000 block of Sunnyside Avenue for "shots fired and an individual who had been shot" just before 11:40 p.m. Thursday.

Police said a silver or gold SUV was spotted leaving the shooting scene at "a high rate of speed."

No arrests have been made in the case.

Police urged anyone who witnessed the shooting or was traveling in the area at the time to call Lead Detective Mark Polumbo of the Hopewell Criminal Investigations Unit at 804-541-2284. Anonymous tips can be made to the Hopewell Prince George Crimesolvers hotline in Hopewell at 804-541-2202 or using the P3tips mobile app.

Fire officials: Mother of 3 'will be missed but never forgotten'

"Lt. Berry was a valued member of our Fire Department family and the community as she served proudly since January 29, 2011," Richmond Fire officials posted on the department's Facebook page. ... She leaves behind three children. Please keep Lt. Berry's family in your thoughts and prayers during this difficult time. She will be missed but never forgotten."

News of Lt. Berry’s death prompted condolences from firefighters and law enforcement from across Central Virginia.

"Another one of our young members taken too soon," officials with the Professional Firefighters Assoc. IAFF Local 995 posted on Twitter. "She cared about the job and tried to do it the right way."

We are at a loss for words. Another one of our young members taken too soon. Sister Berry was an E Board member of Local 995. She cared about the job and tried to do it the right way. She was a single mother of three and loved them unconditionally. Prayers please. @RFDVA pic.twitter.com/59ANuuPLqn

The Hopewell Police Department stand with our brothers and sisters of the Richmond Fire Department as we mourn the passing of Lieutenant Ashley Berry. Lieutenant Berry passed away on November 29, 2019 in the City of Hopewell, VA. She will be missed, but never forgotten. pic.twitter.com/RbZOgz9DhK

The men & women of the New Kent Sheriff’s Office stand with our brothers & sisters of the Richmond Fire Department as we all mourn the loss of Lt. Ashley Berry. Our condolences go out to Lt. Berry’s family, her agency and the entire community. RIP Lieutenant. pic.twitter.com/oP0FdWfG0w

We are sending our thoughts and prayers to the Richmond Fire Department on their loss of Lieutenant Ashley Nicole Berry. @iaff1286 pic.twitter.com/gyNhljEh32

The @CCPDVa extends our heartfelt condolences to our brothers & sisters at @RFDVA. We join you in mourning the tragic passing of Lt. Ashley Berry. May she Rest In Peace. @ChesterfieldVa

Please keep her family in your prayers, as well as her @RFDVA family.

Our hearts are hurting for our brothers and sisters with the Richmond Fire Department after the death of Lt. Ashley Berry in a senseless tragedy Thanksgiving night. Our thoughts and prayers are with her family and our RFD family! pic.twitter.com/cVvjIwaJc0

The Hopewell Police Department stand with our brothers and sisters of the Richmond Fire Department as we mourn the passing of Lieutenant Ashley Berry. Lieutenant Berry passed away on November 29, 2019 in the City of Hopewell, VA. She will be missed, but never forgotten. pic.twitter.com/nKpteiSLKU

Thank you to her friends and family who shared their loved one who served. our City and it’s residents. #ccprezhttps://t.co/CY6wprpUdy

We send our deepest sympathies and condolences to the @CityRichmondVA Fire Dept, and the family and friends of Lieutenant Ashley Berry. Our prayers and support are with you. https://t.co/9bh0aFDkaW