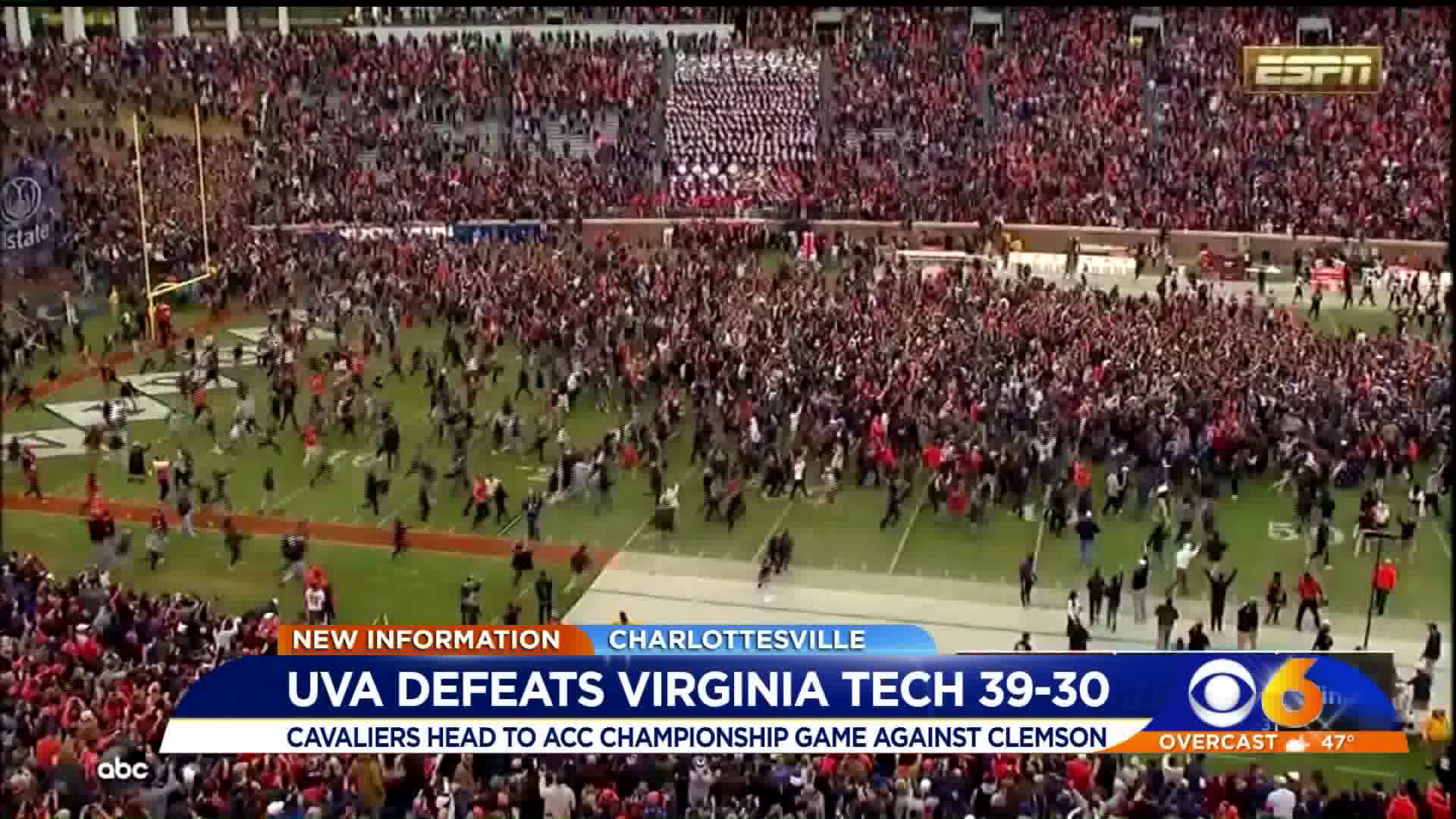 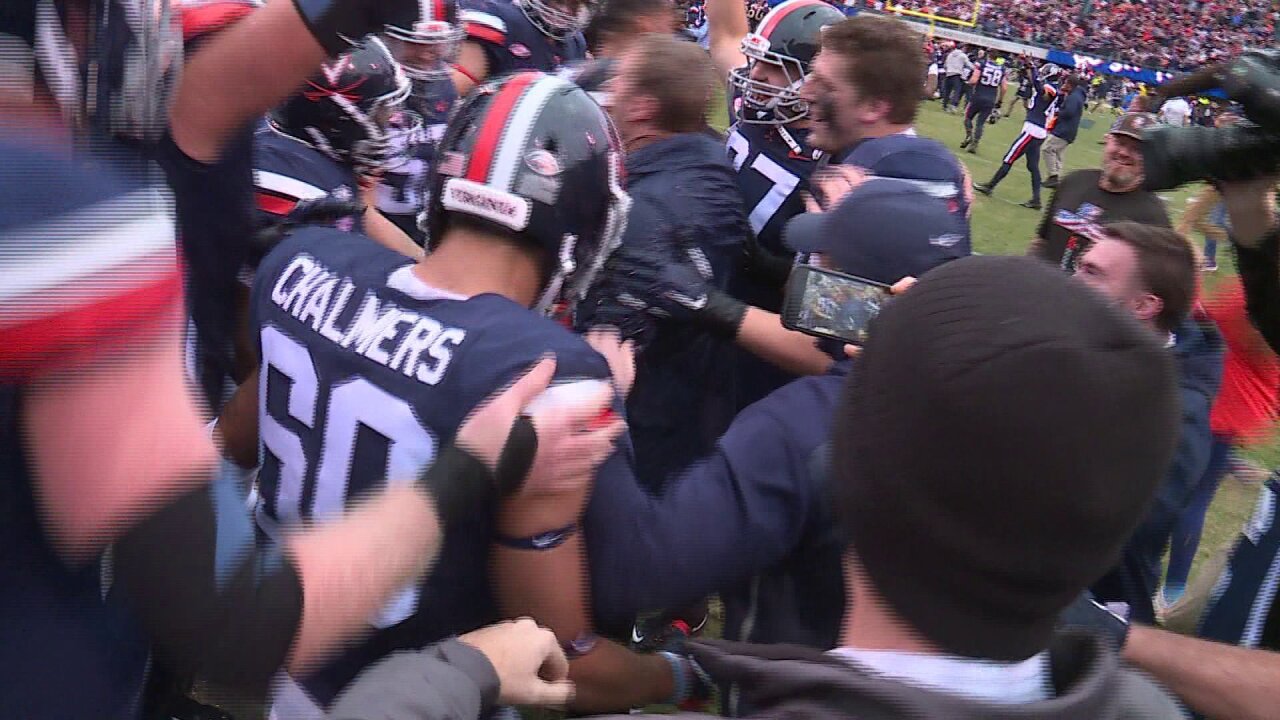 CHARLOTTESVILLE, Va. -- Playing in his final game in Scott Stadium, Bryce Perkins had nearly 500 yards of total offense and three scores as Virginia ended their 15 year losing streak to Virginia Tech by winning the Commonwealth Cup 39-30.

Perkins threw for 311 yards and ran for another 164 including 2 first half touchdowns that boosted the Cavaliers to a 13-6 halftime lead. This came one year after a fumble in overtime cost UVA a chance to end the streak a year earlier.

"I was the last play that ultimately ended up losing us the game. I had to sit with that all year and it hurt, so this game I really wanted to go out there and be aggressive and just give everything I could for the team and not to let them down again," Perkins said.

But it didn't look as promising in the second half. Virginia Tech QB Hendon Hooker also threw for 311 yards as the Hokies outscored the Cavaliers 21-7 in the third quarter to take a 27-20 lead.

With the game deadlocked at 30, Hooker threw his second interception of the day to Noah Taylor which led to a Brian Delaney 48 yard field goal that gave UVA a 33-30 lead. Hooker was unable to mount a late rally, eventually getting sacked and fumbling in his own end zone which was recovered by former Patrick Henry standout Eli Hanback to seal the victory.

"It's hard to describe" said UVA head coach Bronco Mendenhall of ending the losing streak to the Hokies which began in 2003, long before he arrived in Charlottesville. "I saw the beginning from the inside, not from the outside. It's the most challenging thing I've ever taken on."

The game was the last in the series for longtime Hokies defensive coordinator Bud Foster who announced in August this would be his last season with Virginia Tech. His defense gave up 492 yards of total offense, all but 17 of those attributed to Perkins.

"We played hard but we didn't play as sharp as we have the past few weeks" said Foster of his defense which was coming off back-to-back shutouts. "I want to congratulate Virginia. They played extremely hard. They've had a heck of a year."

Virginia was the last team to win the ACC's Coastal Division title and they will now head to Charlotte to face Clemson in next Saturday's ACC title game.

The Hokies have already qualified for a bowl game, extending their streak to 27 straight years with a post season appearance, the longest such streak in the nation.