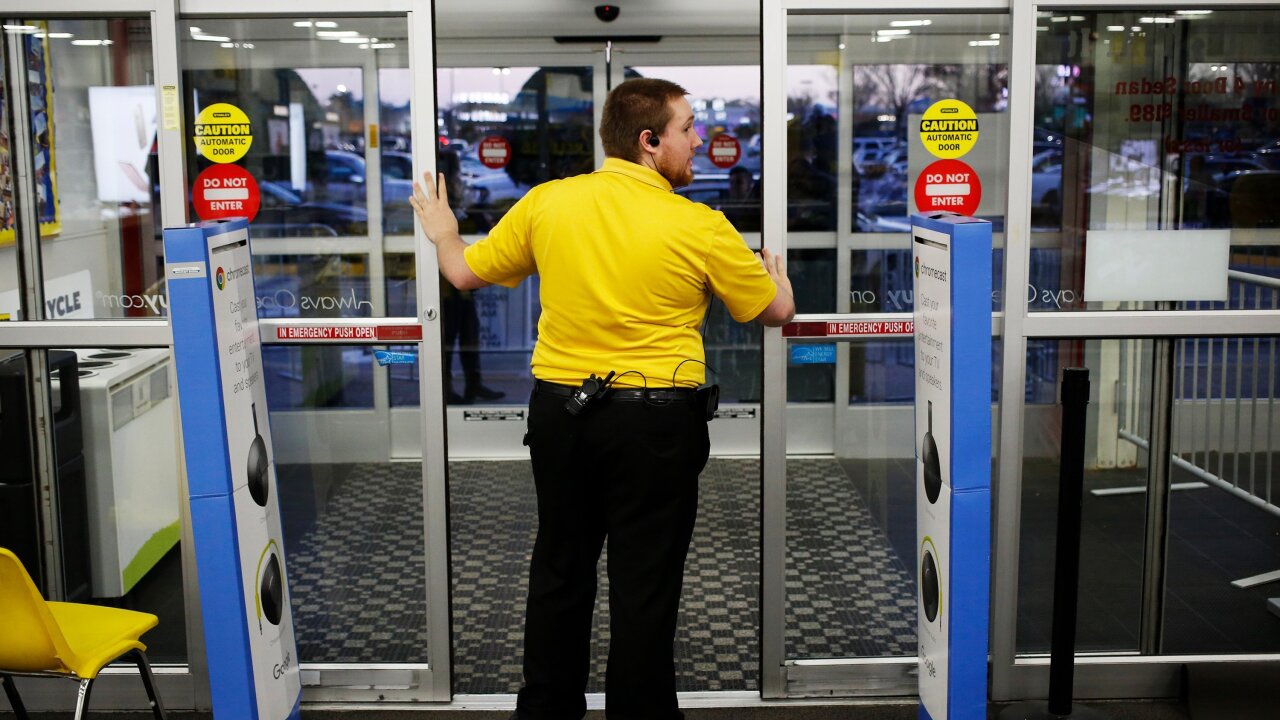 As retailers and malls battle for shoppers during the holiday season, they face a tricky decision: do they keep their doors open on Thanksgiving Day, or close to give their workers the holiday off?

As retailers and malls battle for shoppers during the holiday season, they face a tricky decision: do they keep their doors open on Thanksgiving Day, or close to give their workers the holiday off?

An estimated 165 million people are likely to shop over the five-day stretch, according to a survey by the lobbying group National Retail Federation and Prosper Insights & Analytics, a consulting firm.

And about a quarter of them say they will make their purchases on the holiday itself this week, up from both 2017 and 2018. “We expect the biggest increase in potential shoppers for Thanksgiving Day this year,” said Phil Rist, executive vice president of strategy at Prosper Insights.

“Customers have shown that they want to shop on Thanksgiving evening,” a spokesperson for Best Buy said. “We want to be there to serve those customers and need to be open for that to happen.”

Shopping on the holiday has risen in recent years because so many stores are crammed with customers scrambling to take advantage of Black Friday doorbuster sales, experts say.

“There is definitely a big trend here for more people to be shopping on Thanksgiving Day,” said Mark Mathews, vice president of research development at the National Retail Federation. In addition, he said, “We have seen a shift in emphasis on Black Friday to other days on that weekend.”

Adding to the pressure to start early this year: There are six fewer days between Thanksgiving and Christmas on the calendar than last year. Walmart, Target, Best Buy and others kicked off their promotions before Halloween this year.

“You’ve got to be first to the consumer’s wallet,” said Michael Brown, a partner with A.T. Kearney’s retail practice.

But for the army of low-wage retail workers who staff stores on Thanksgiving, the holidays can be the most grueling stretch of the year.

“America’s retail workers— union and non-union —are the heart of our economy and often the unsung heroes of the holiday season,” said Marc Perrone, president of the United Food and Commercial Workers International Union. Retail workers “sacrifice time away from family so that millions of Americans can spend more time with theirs.”

In the past, critics have targeted retailers like Macy’s and JCPenney for starting Black Friday deals on Thanksgiving Day, arguing that those companies’ employees should be at home enjoying time with their families.

Some states, including Massachusetts, Maine and Rhode Island, have prohibited big-box stores from opening on Thanksgiving. A California legislator proposed a law in 2016 that would have required some companies to pay employees double for working on Thanksgiving, but it did not pass.

Over the last several years, however, public pressure on retailers to close on Thanksgiving has faded. Workers’ rights groups have instead focused on bigger-picture issues such as the minimum wage, benefits and schedules.

And major retailers like Target, Best Buy and Macy’s have mostly kept the same Thanksgiving hours. They are open in the afternoon or evening and also pay their hourly employees a time-and-a-half rate for working on Thanksgiving.

“Thanksgiving is one of the most exciting days in retail and we know that many team members look forward to working on the kickoff of the holiday season,” a Target spokesperson said.

A Walmart spokesperson said the company—the largest grocer in the United States— provides “an important service to customers who need a forgotten ingredient for their family gatherings or a prescription filled” on Thanksgiving.

Walmart, however, pays Thanksgiving day workers like a regular day.

Some stores do close on Thanksgiving, such as Costco, Nordstrom, Home Depot and Neiman Marcus, according to BlackFriday.com, which tracks store hours.

“As an appreciation of all the hard work our employees do over the course of the year, we have always closed on Thanksgiving to give our employees a chance to relax and enjoy time with their families,” a spokesperson for Costco said.

In 2016, mall-owner CBL Properties decided to close its malls on Thanksgiving to give employees the holiday.

“The decision was met with an overwhelming positive response, which is why we have elected to continue this tradition,” a spokesperson for CBL said.