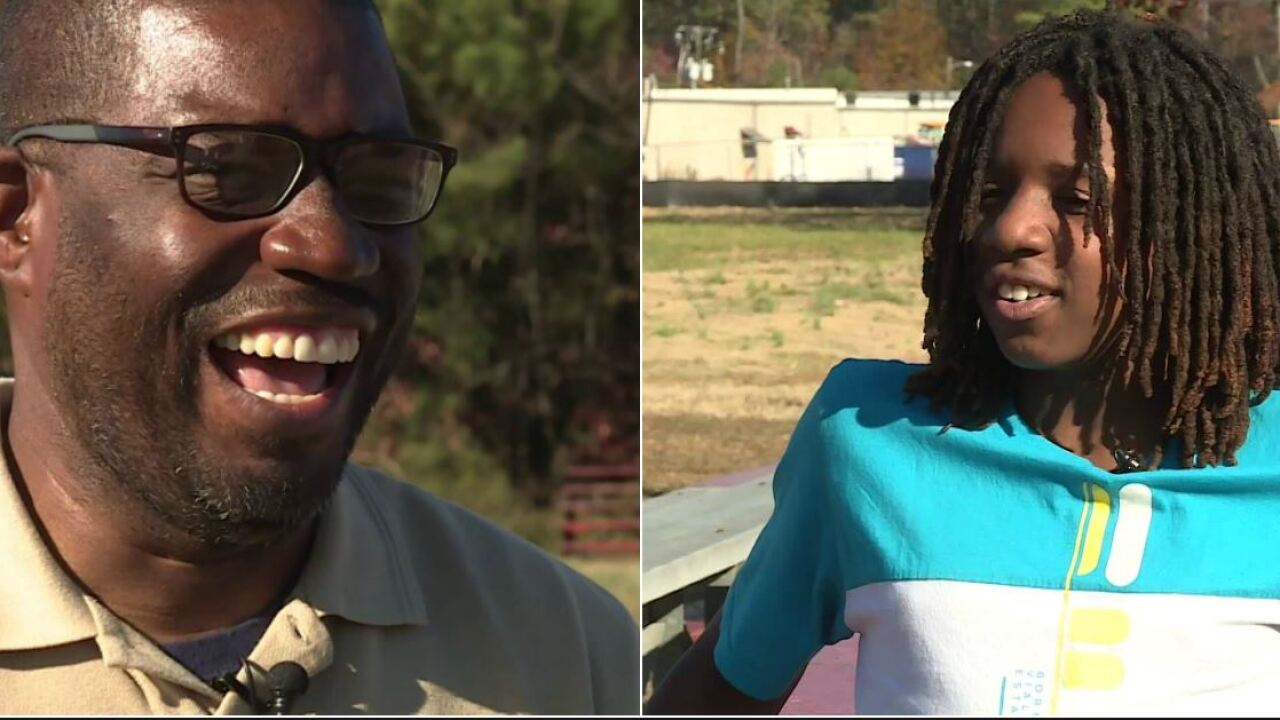 RICHMOND, Va. -- Earl Hughes feels like jumping for joy after a community of givers stepped up and supported the Southside Ducks 12 and under inner-city football team. The team is raising money to cover some expenses for a trip to Los Angeles to play in a tournament hosted by rapper Snoop Dog.

A huge nudge in the form of a substantial donation came from a man who wants to remain anonymous. That donor contacted CBS 6 Problem Solvers after our initial story on the Southside Ducks. The donor stated it was Thanksgiving and he just wanted to help. He asked not to share his name, but said the donation came from someone who cares at Westminister Canterbury.

"Through the community’s support and generosity of an anonymous donor, we reached our goal and we say thank you to him, thanks to the city and thank you to Excel To Excellence Youth Football. Thanks to everyone who has been a big part of this” Hughes added.

Johnnie Washington III said when he heard the news about the donations coming in, he was shocked, happy and extremely grateful. Washington is a quarterback of the Southside Ducks team—which is part of the (E2E) or Excel To Excellence Youth Football League founded and run by former NFL player and Varina High School football star Michael Robinson.

Johnnie's team -- the only city sponsored team to make it -- joins 3 other E2E teams that’ll head to LA. Robinson said that’s a total of 200 players.

Other teams include the Henrico Titans, which has two teams headed to California, as well as the RVA Redskins.

Each team is raising funds, so they can cover food and other expenses while in L.A.

The Henrico Titans have a GoFund Me page . Organizers there said they, too would love community support to give those players an opportunity of a lifetime.

Johnnie said he was looking forward to his first-ever airplane ride and said his teammates would leave their hearts on the field, hoping to make all their donors proud.

“Thank you, thank you. We’re going to win for you,” Washington promised.

Hughes, who supervises the Southside Community Center where Washington and his Southside Ducks teammates practice, says the community support lifts a load off of his mind.

“I was worried six days ago and I wasn’t even sure it was going to happen. To have it happen in 24 hours is a blessing and I’m thankful for it,” Hughes added.

Robinson, who runs the E2E Youth Football League locally, said his organization takes care of the travel costs to and from California, as well as the lodging. Teams and players are responsible for some other expenses. Hughes said the donations will be used to help them with additional attire for the kids and making sure they all have money to eat during their five-day stay, as well as for some sightseeing.

Hughes said they also planned to use some of the donations to help some of the parents who aren’t financially able to go, make the trip. He said those parents will be added chaperones for the team. The E2E Youth Football league teams head out on December 11.

Robinson said in addition to the football games, the children will also take part in some college tours at the University of Southern California and UCLA.