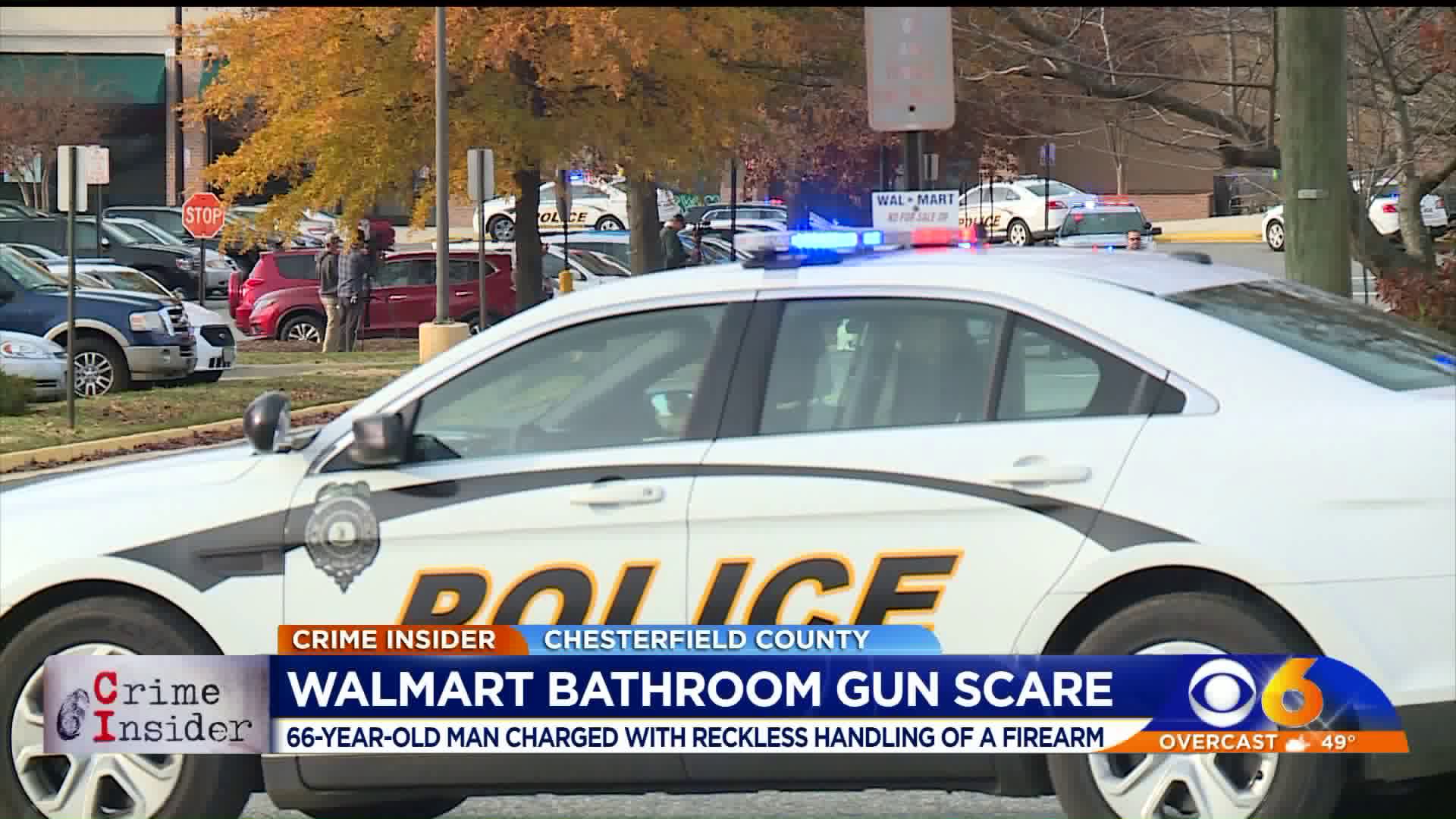 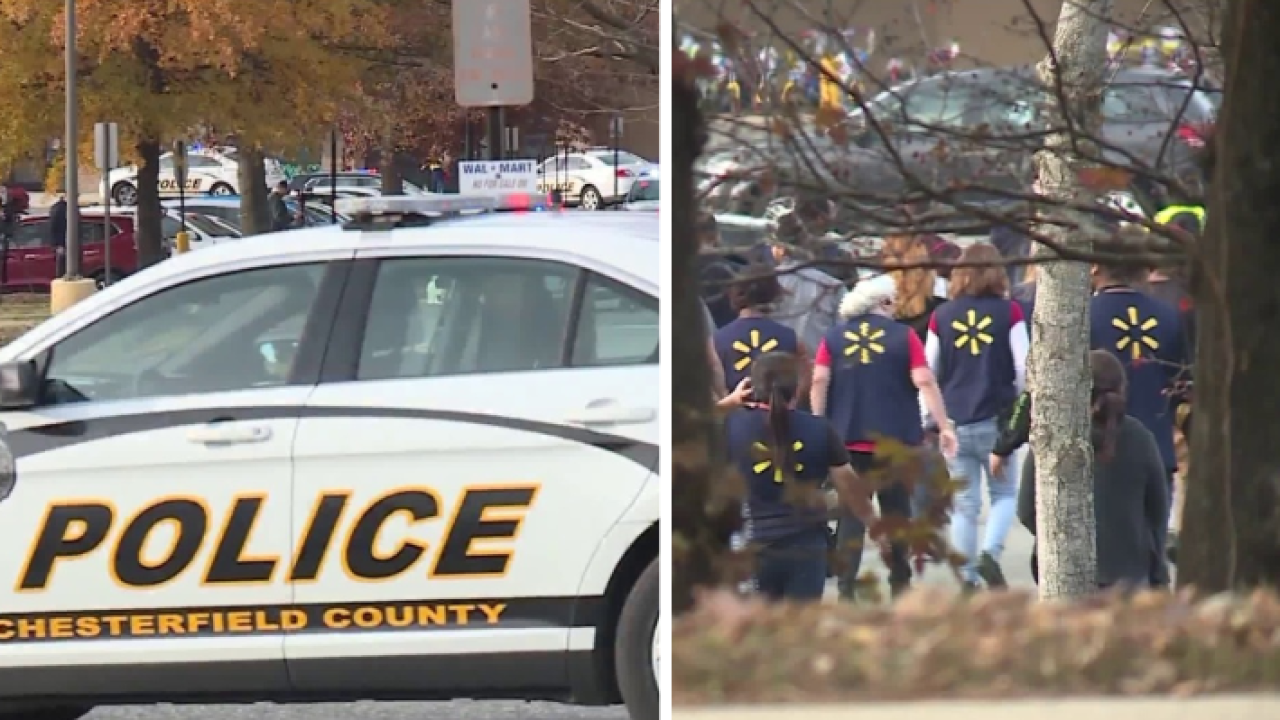 CHESTERFIELD COUNTY, Va. -- A 66-year-old Richmond man has been charged with reckless handling of a firearm following an active shooter scare Tuesday at Walmart on Chattanooga Plaza in Midlothian.

"At about 2:16 p.m. on Tuesday, November 26, 2019, police responded to a report of a shooting at Walmart. On scene, police found that an adult male had accidentally fired a shot in the bathroom of the store," a Chesterfield Police spokesperson said. "No one was hurt in the shooting."

Clifford C. Shook, Jr. was released on a misdemeanor warrant. He will appear in court December 9.

Employees and customers exiting the Walmart

A large police presence in and around the store prompted fears of an active shooter, but that was not the case.

ALERT: Police are investigating a report of a shot fired at the Walmart on Chattanooga Plaza.
No one was shot. No shooter was located. The investigation indicates a firearm was discharged accidentally in a restroom.