Ropes course opens tucked away in the woods of Powhatan 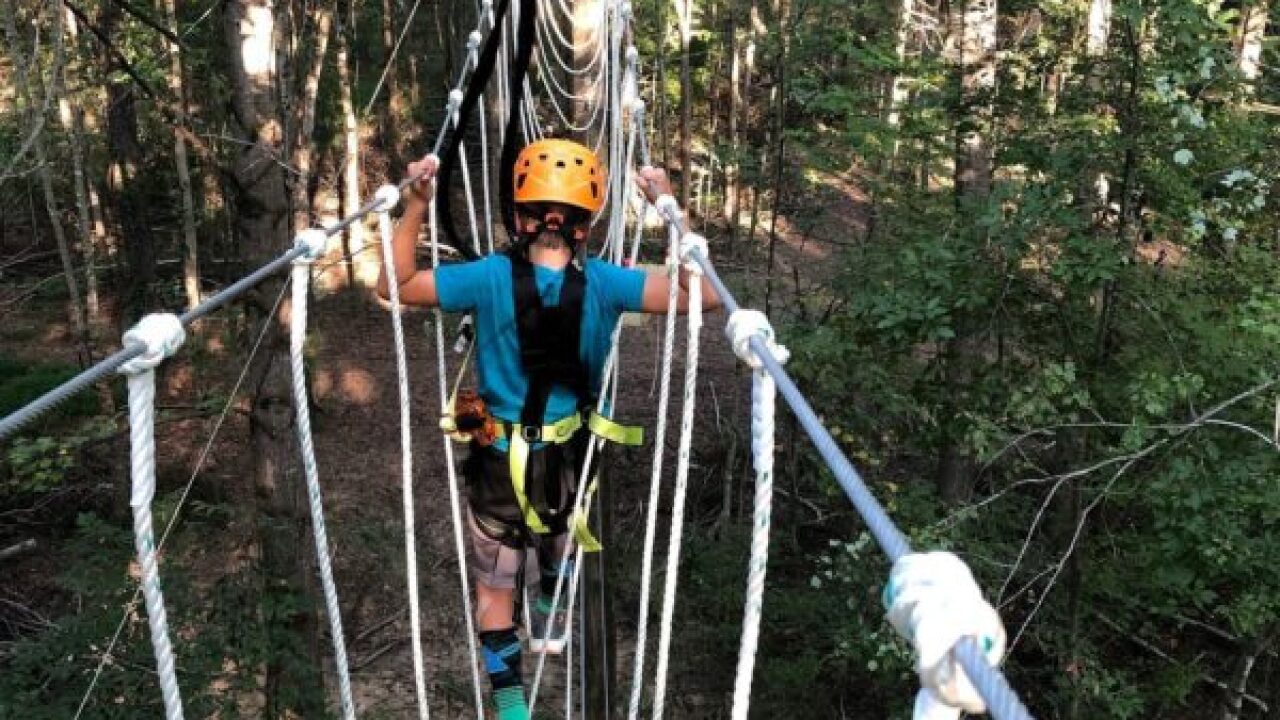 POWHATAN COUNTY, Va. — Bringing to life an idea they had on a road trip last year, Alex Van Ness and Matt Klaman have opened Canopy Adventure Park, a ropes course tucked away in the woods of Powhatan just beyond the boundaries of a local golf club.

The course, which opened in late October, covers a 300-by-200-foot area on the outskirts of Independence Golf Club.

Strung upon existing trees and newly installed poles, the park offers four courses – two sets stacked atop one another –varying in difficulty and some climbing as high as 45 feet. The park spreads out across the woods, featuring 38 elements such as bridges, ladders, floating platforms and tightropes. It eventually crosses over and above a quiet creek. Once climbers reach the end, they fly back to the start on a 250-foot zip line.

The park is currently open only on weekends and by reservation only, allowing Klaman and Van Ness to keep staffing costs down during the colder months.