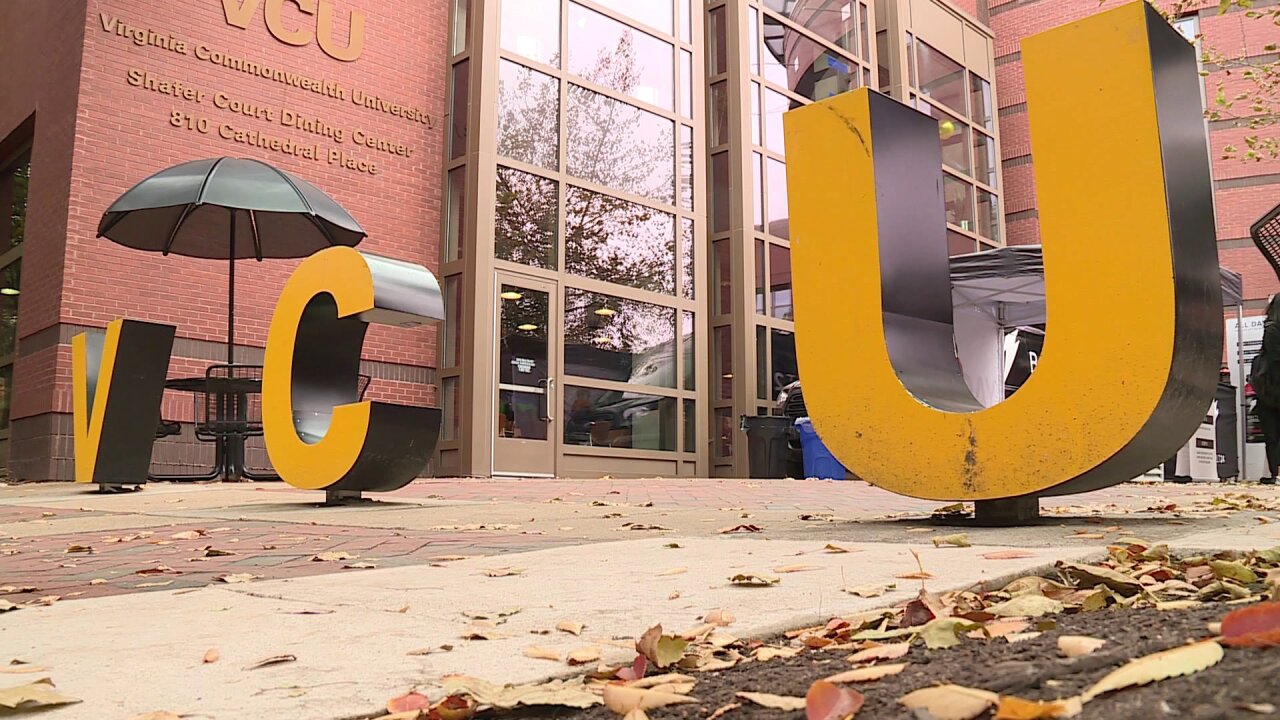 RICHMOND, Va. — Crime at Virginia Commonwealth University has dropped in recent years, but the crime rate, especially for thefts, is still higher than at most schools in Virginia and most large universities nationwide.

In 2018, VCU recorded 1,275 crimes, according to the Virginia State Police. Most of those offenses were property crimes, but the total also includes “crimes against persons,” such as assaults, and “crimes against society,” like drug violations.

Last year’s total represented a 5% decrease from 2017 and an 8% decrease since 2016. VCU has seen drops in the number of assaults, thefts from buildings, incidents of credit card and ATM fraud, and drug and weapon-law violations, for example.

Even so, VCU’s crime rate — the number of offenses per 1,000 students — is higher than at most colleges and universities in the commonwealth, according to an analysis of the State Police data.

In 2018, VCU had 41 crimes for every 1,000 students, based on State Police statistics. The overall rate for the 27 Virginia schools that have police departments was about 18 crimes per 1,000 students.

Geographically, VCU faces challenges that many other schools don’t. Its two campuses — the Monroe Park Campus and the MCV Campus — are in the heart of Richmond, whereas many other schools are in less populous areas. The VCU Police Department serves not only the student population but also local residents who may be on or near university property.

“When comparing VCU to other big schools like Virginia Tech, we have a city surrounding us,” said Riley Chapple, a senior criminal justice major at VCU who also works as a sheriff’s deputy in Henrico County. “There are multiple communities interacting and overlapping. In Blacksburg and many other schools, the main population is the student body, and the campus is very spread out.”

As a result, the VCU Police Department must investigate more crimes committed by nonstudents.

“While a lot of crimes on campus are committed by staff and students, there is almost an equal percentage of crimes committed on campus by people not affiliated with VCU at all,” Pulliam said. “One of the things that makes VCU great is that VCU has strived to immerse itself in the culture of Richmond.”

Besides responding to crime, the VCU Police Department is active in promoting crime prevention and safety.

“Departments are striving to become more positively in touch with the community by actively supporting and meeting with community leaders to help solve issues before they become crimes,” Pulliam said. “The idea is to be the friends of the community so when the community needs you, they feel safe and trust you to help without causing problems.”

Like the Virginia State Police, the FBI also compiles data on crimes at colleges and universities. The FBI’s data set covers institutions of higher education throughout the United States.

According to data released this fall by the FBI, VCU recorded 505 crimes in 2018. The vast majority (486) were property crimes.

Still, the crime rate at VCU is higher than at most other large-enrollment schools, according to an analysis of the FBI data.

Many VCU students say that they feel safe and that they have confidence in the VCU Police Department.

“I think they are doing the best they can,” sophomore psychology major Catherine Hotsenpiller said. “It is hard managing who is on campus and who is not, or who is supposed to be there. Being in a city, I expect to have at least some reports of robberies, and I occasionally get those emails.”