Bivona, Sicily, is the latest Italian town selling homes for $1 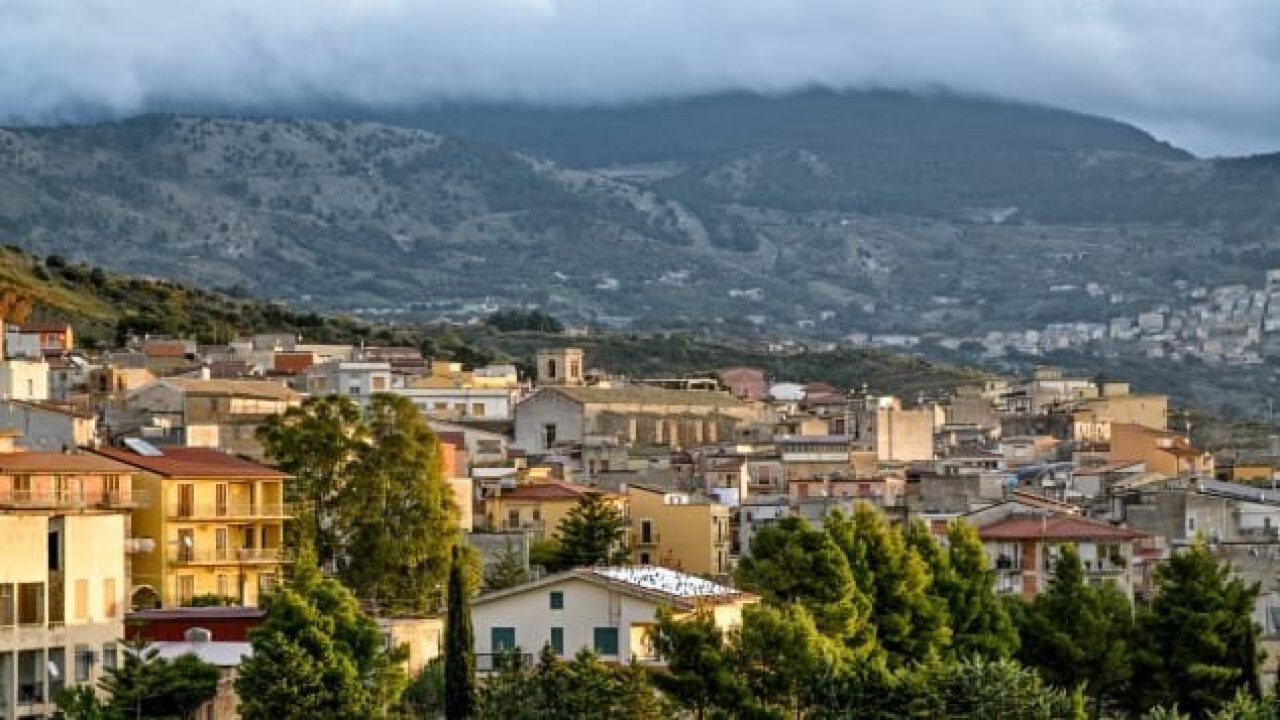 Bivona is set in a natural amphitheater.

Bivona is set in a natural amphitheater.

So many towns in Italy are now competing to offload old houses for less than the price of an espresso that some are trying to sweeten the deal further to lure buyers away from their rivals.

The latest destination on the scene is Bivona, a small town deep in the heart of the southern island of Sicily, which is easing restrictions and offering tax bonuses to anyone who wants to pay just over a dollar to buy one of a dozen empty and dilapidated properties.

As in other Italian towns and villages offering properties for next to nothing, Bivona’s young people have been deserting their home in pursuit of better opportunities in big cities, leaving it depopulated and in danger of dying completely.

“In the last 40 years, our population has halved. Today we’re down to just 3,800 residents,” says Angela Cannizzaro, Bivona’s culture councilor. The plan, she adds, is to restore the town to its 16th-century heyday.

“We want to recover the lost grandeur of our greatest time in history, back in the Renaissance, when 8,000 people lived in Bivona and it was a flourishing feudal duchy blessed by Emperor Charles V.”

As is usual with these deals, buyers are expected to invest in repairing and restoring the property. Bivona’s tax incentives are for buyers who choose to also take up residency..

With other Italian communities from the snow-capped mountains of the north to the sun-kissed valleys of the south also selling off their old homes for a song, why should anyone choose this newcomer?

The chief reason, apart from the bucolic appeal of its remote location, is — according to Cannizzaro — because it’ll be much cheaper and easier in the long run.

Other towns, including the Sicilian communities of Mussomeli and Cammarata, have required buyers of homes on the market for $1 to stump up $5,500 (€5,000) as a deposit, refundable if the new owner starts renovations within three years.

Bivona is supposedly a bit more laid back. It’s asking for a bond of just $2,750 and is stretching the mandatory renovation period to four years.

“Renovation can begin one year after all building permits are granted and must be completed within the following three. Also, there will be appealing tax bonuses for those who decide to take up residency and actually move here,” says Cannizzaro.

Bivona isn’t the only destination layering on the incentives. In Italy’s Molise region, local officials have been offering up to $27,000 to anyone willing to move there and open up a business.

Other places have set up websites, pledging help with cutting through the red tape or even promising cash to couples who move in and start families.

And, with experiences shared by some of the early buyers suggesting that snapping up these bargain homes is a relatively smooth process, the offers really could be a win-win.

In Bivona, some of the houses on offer are in a bad state with just stone walls standing. Others need only minimal work.

There are potentially dozens more empty houses to be sold for €1, or just over a dollar. To speed things up, the town hall plans to expropriate all empty dwellings if nobody comes forward to claim the properties.

Cannizzaro says initial sales should prompt more owners of dilapidated homes to come forward and offer them up for sale. In some cases, she says, they’ve long since fled the town in search of an escape from rural poverty and hunger in years gone by.

Those interested in buying one of the homes will, she says, find a pretty and friendly town.

“Despite so many empty buildings, Bivona’s old center is still vibrant, packed with history and very welcoming,” she says. “We need to breathe new life into it.”

Set inside a rocky amphitheater in the heart of the Sicani Hills park, Bivona lives up to the Latin origins of its name. It’s derived from “Bis-bona,” meaning twice good or twice beautiful — referring to the fertility of its soil and unspoilt nature.

“The fresh mountain air, the abundance of pristine rivers and stream water, the dense forests full of healing herbs and the colorful fruit orchards make it prosperous and healthy,” says Mayor Milko Cinà. “Life quality is good, it’s an optimal place to detox.

“There’s no smog, no noise, just pure nature and a great panorama. A couple of Americans from Minneapolis recently visited. They were so fascinated by the place and the bucolic setting that they didn’t want to leave.”

Green valleys are dotted with olive and orange groves, almond plantations and bright pink patches of white peach trees that produce a prime variety worshiped by locals each year during the Peach Festival.

Trekking, biking and horseback riding tours are held along old hermit and shepherd routes that cut into the wilderness and across weirdly shaped rock peaks.

On clear days the view stretches all the way to the sea. The closest coastal resorts, 40 minutes away by car, are Ribera, Sciacca and the famous Turk’s Staircase, a natural pyramid of white rock.

Bivona was built during the Middle Ages on top of an older Arab settlement. The Saracen heritage survives in the architecture, local dialect, cuisine and in the names of streets and districts.

The old center where the abandoned houses are located spreads across Arabic-sounding neighborhoods — Garitani, Savùcu, Nàdaru.

Its Xirba district is a maze of Arabic-style courtyards and exotic gardens with orange and fruit trees divided by dry stone walls, once irrigated by constant water flows.

Bivona is the only Sicilian city with old Saracen passageways known as xanèa — small arched tunnels that connect houses and separate districts. In the past the xanèa were shut with metal doors to keep invaders at bay.

Among the €1 homes on offer are 18th-century former farmer and shepherd dwellings with wooden doors, tiled roofs (in some cases) and thick stone walls. Some even come with panoramic terraces.

Winding cobblestone alleys lead to an overhanging, crumbling castle and an Arab-Norman portal. Gargoyles, angels and monsters adorn balconies and the many fountains.

The town has a “crazy fountain,” supposedly revered by residents as an oracle.

“If it rains heavily and the fountain spills over, that means it will not be a year of drought and farmers rejoice,” says Cannizzaro. “Water is sacred here. Bivona’s coat of arms proudly shows a river crab.”

During the picturesque St. Joseph celebrations on March 19, food altars are set up to honor the saint. These lavish banquet tables are covered in laurels and decorated with bread, oranges, froscia omelets with aromatic herbs, asparagus, fennel and ricotta, fruit-shaped almond pastries and pyramid-like pignolata cakes made of tiny honey-coated fried dough balls.

“Families and neighbors set up around five of these altars across town, it’s a great party, says local Salvatore Giallombardo. “The food isn’t eaten straight away; the next day it is gifted to selected children or young people in need.”

Bivona’s signature dishes are made with local, seasonal products with zero food miles.

La sfinge (the sphinx) is a fried flour cake. Pasta ‘ncasciata is made with broccoli, tomato sauce, pecorin cheese and lard.

Faccia da vecchia is a bubbly pizza said to resemble the wrinkled face of an elderly woman.

Pasta alla Milanisa, made with anchovies, tomato sauce, and sugar-toasted bread, is a sweet-and-sour exotic dish of Arabic influence.

Visitors who come to Bivona looking for a cheap house are promised a free tasting session of the town’s recipes, accompanied by glasses of local Nero D’Avola red wine and bruschetta dipped in extra virgin olive oil.

“Whoever comes to visit us will be royally treated,” says Cinà.

Some of the €1 houses on sale have two floors and range between 50 and 120 square meters. Often, the ground floors were formerly animal stables, while the upper floors were living quarters for families.

The mayor’s office has also listed for sale other two-story abandoned dwellings that come at a higher price but are in better shape.

“We understand that sometimes it can be a problem getting a crumbling house, even if it’s for free,” says Cannizzaro.”That’s why for people who are interested, upper-scale houses can be bought from €1,000 up to €5,000.”

New owners are free to use any purchased building as they choose: a home, hotel, B&B, restaurant or shop.

Bivona’s town hall is also working at a parallel project to lure foreign business people and hoteliers. A bunch of empty buildings has been purchased by authorities and completely refurbished with the goal to open a so-called “diffuse resort” with rooms, reception and a dining area scattered across the village.

“We’re looking for managers to run this new business, even foreigners are welcome to apply. The diffuse hotel allows tourists to mingle with locals and live the real village life,” says Cannizzaro.

The €1 houses will be posted in the coming days on Bivona’s website (www.comune.bivona.ag.it) together with maps, details and photos. Potential buyers can register their interest at: casea1euro@gmail.com