Flying Squirrels to bring in outfield walls at The Diamond 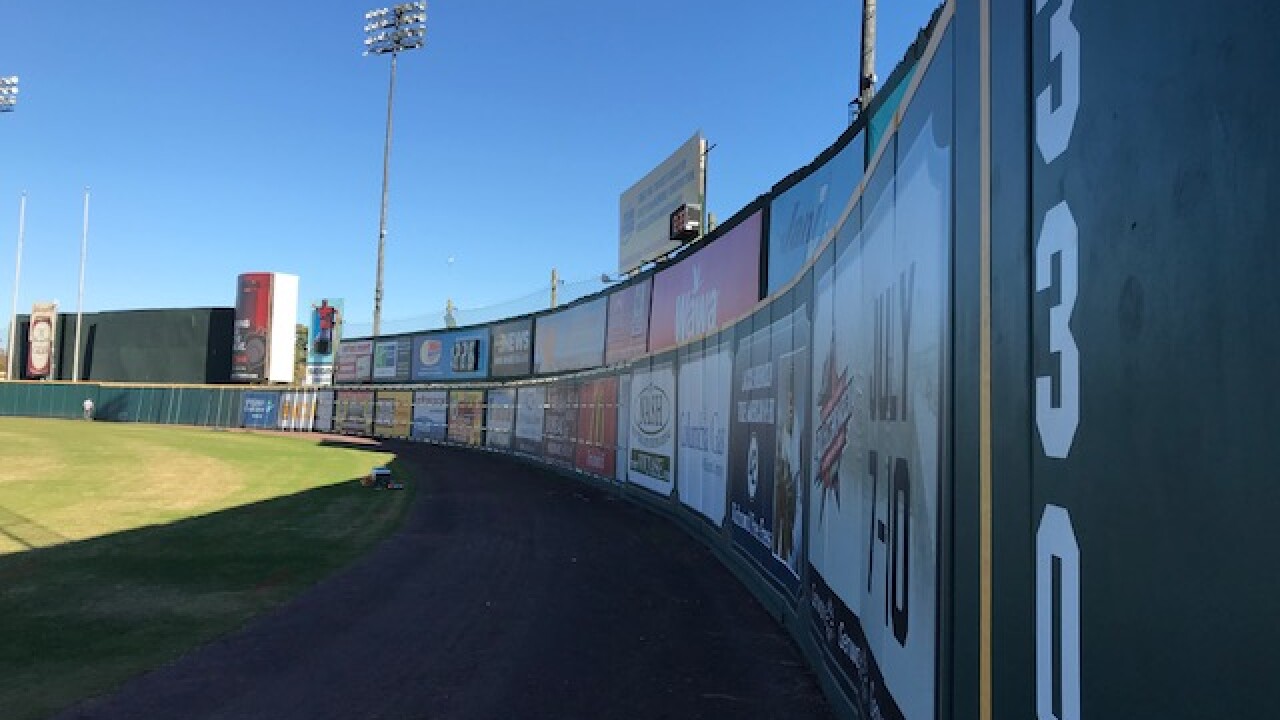 Richmond, Va. – Ask any player who has never played at The Diamond what they know about the ballpark on the Boulevard and they will likely all tell you the same thing.

The ball has never traveled well at the Flying Squirrels home field, not even when the Richmond Braves called it home beginning in 1985. Part of that is because of the humid summer air that sits over the Mid-Atlantic for much of the baseball season, but the cavernous dimensions of the Diamond don’t help.

The Squirrels are doing something about that.

In consultation with the San Francisco Giants, the Squirrels parent club, and VCU baseball, the Diamond’s other tennant, the Flying Squirrels are moving the outfield walls in anywhere from 8 to 10 feet from left center field around to right center field.

“This is a tough place to hit” said Todd “Parney” Parnell, the Squirrels Chief Operating Officer. “This will help the Giants from a player development aspect. It will make it a little more fair for the hitters while still keeping it a pitcher’s ballpark.”

The Diamond’s fences are 330 feet from home plate down each foul line. That extends to around 375 feet in what’s known as the “power alleys” in left and right center field, to 407 feet in straight away center. Those dimensions make it one of the biggest parks in all of minor league baseball, and the numbers prove it.

Over the last 10 seasons that the Squirrels have called the Diamond home, the park ranks last in runs per game, hits per game, and home runs per game. It’s also next to last in combined batting average.

“This will just make some of those long fly balls that die at the wall turn into doubles off the wall or home runs” Parnell explained. “I think that’s what the Giants were looking for for a whole variety of reasons.”

The move will also give the Squirrels a chance to work on some other issues that have come up in the last couple of seasons. Richmond lost games last year due to poor drainage in some outfield areas. Moving the fences in will give them a chance to address that at the same time.

“A lot more than you would think goes into this” Parnell continued. “The warning track will come in and we will have to adjust some of our irrigation. That will give us a chance to address our drainage problems as well.”

The project is already underway and will be ready in time for VCU to being their winter practices.