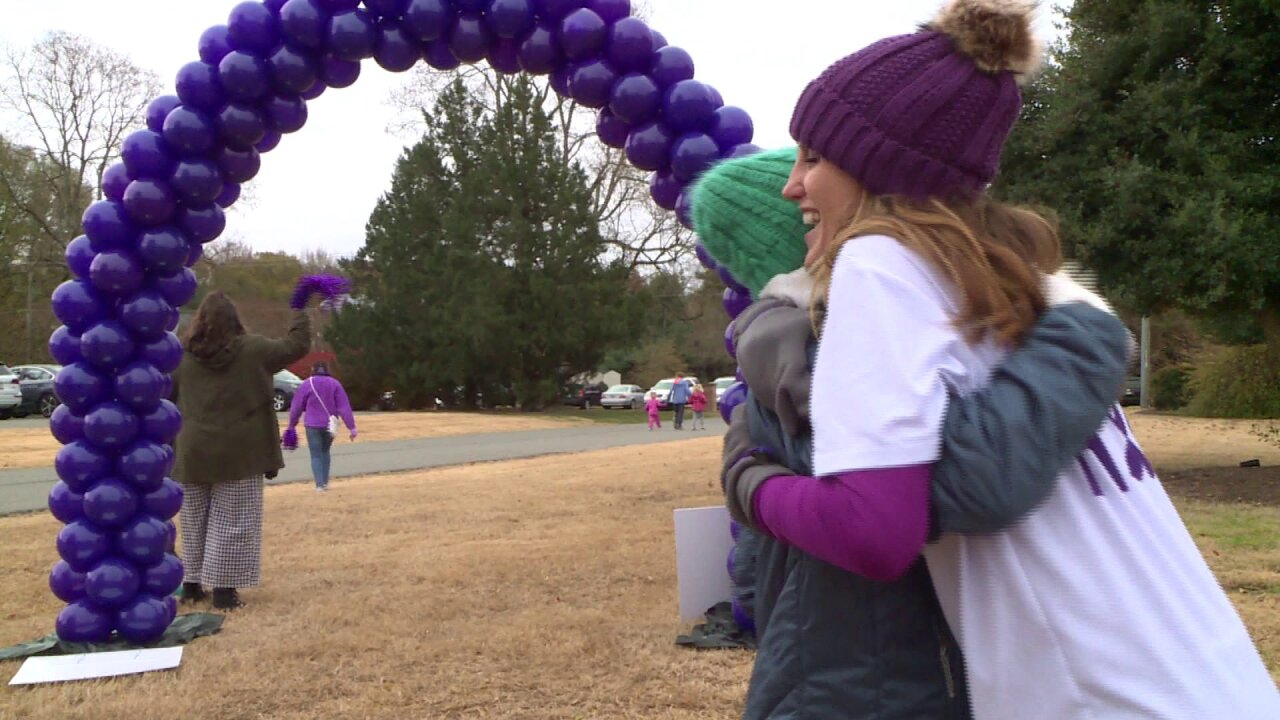 CHESTERFIELD COUNTY, Va. -- More than 700 people took part in the second annual Walk/Run for Pancreatic Cancer in Salisbury in honor of Emily Koski.

The beloved wife and mother of five who passed away two weeks ago after a long and courageous battle with pancreatic cancer.

The 49-year-old, who was known for raising awareness about pancreatic cancer, started the event after she was diagnosed with stage four pancreatic cancer. The same disease that suddenly took her older sister's life just one year earlier.

"Emily's driveway is part of the walk today. It's called Emily's Rainbow of Hope,” event organizer Laura Fletcher said. “It's the shape of a rainbow, and you walk under rainbows. And it has the names of all the people we're honoring today.”

Organizers said triple the number of participants took part in this year's event.

While there are only 55,000 cases each year, pancreatic cancer is among the leading causes of cancer death in the United States.

Participants raised more than $31,000, which will be donated to the Pancreatic Cancer Action Network.