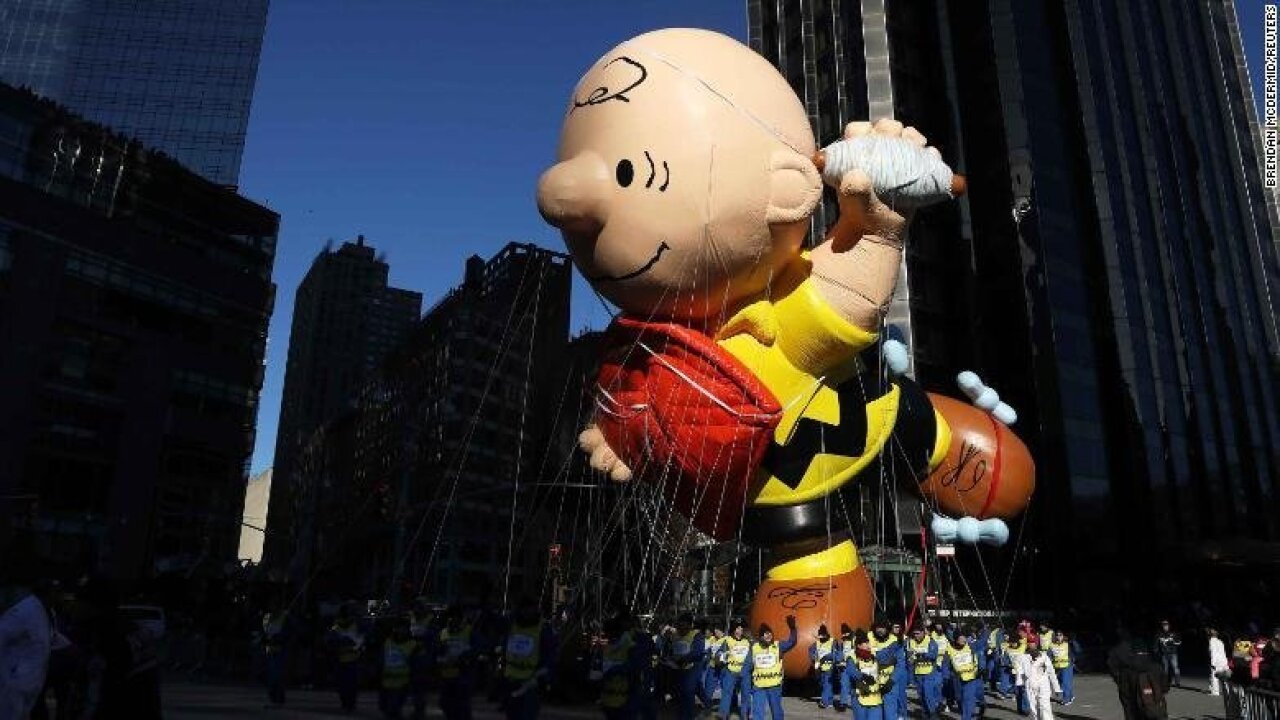 A giant Charlie Brown balloon hovers above the crowd during the Macy’s Thanksgiving Day Parade in New York, on November 22, 2018.

It’s a time-honored tradition for many to watch the Macy’s Thanksgiving Day Parade, but this year it could be missing a key element: its 16 giant character balloons.

Officials in New York City may have to ground the iconic balloons due to windy conditions. They cannot be flown when sustained winds exceed 23 mph and gusts exceed 34 mph, per city regulations.

In 1997, the iconic Cat in the Hat balloon injured four people after being overtaken by strong winds. The following year, city officials instituted new regulations for grounding the giant balloons.

A giant Charlie Brown balloon hovers above the crowd during the Macy’s Thanksgiving Day Parade in New York, on November 22, 2018.

The National Weather Service is currently forecasting sustained winds of 22 mph and wind gusts of 39 mph during the parade. The sustained winds do not exceed the regulations, but the gusts do. Officials will have to monitor wind conditions and decide whether to allow the balloons to be flown.

They’ll likely have to make that call on Thursday, as wind conditions can quickly change. The last time the parade’s balloons were grounded due to inclement weather was 1971, according to the New York Times.

The good news is this year will be much warmer than last year’s parade. The National Weather Service confirmed a low of 19°F that morning, which made it the second-coldest Thanksgiving Day in the city’s history. This year, it’s forecast to be 44-47°F.