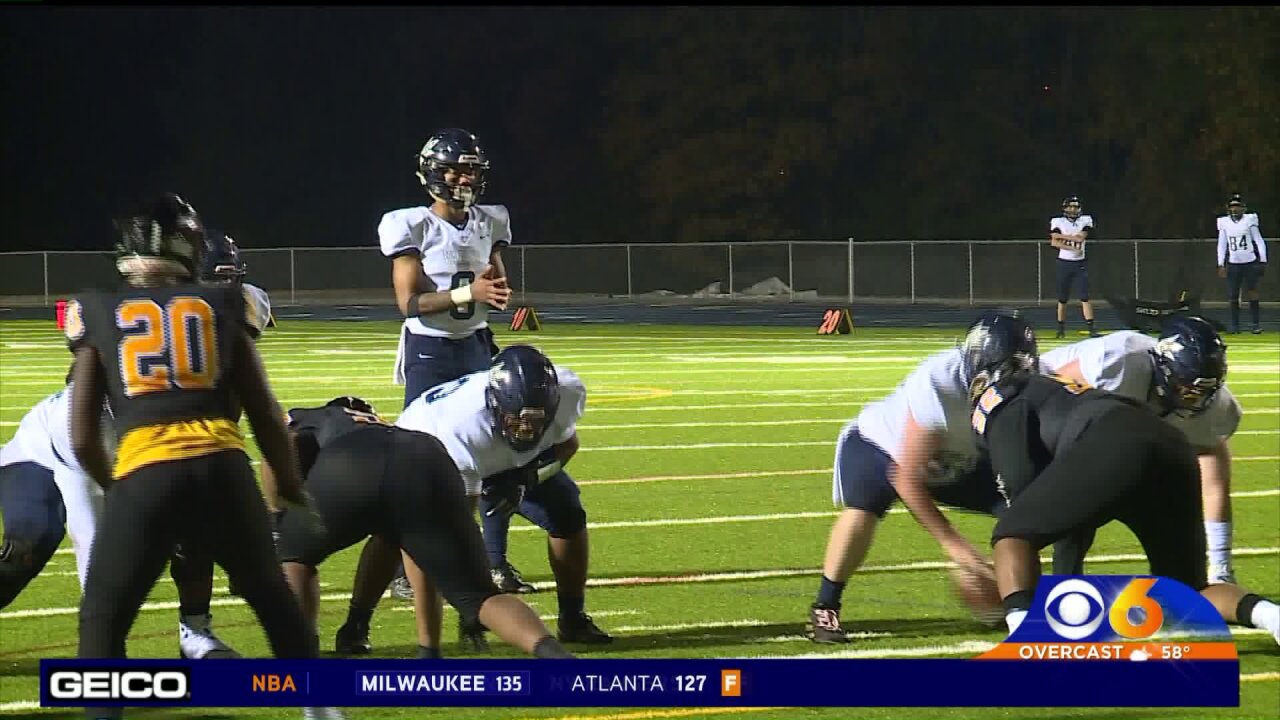 Henrico, VA - There's a saying that all good things must come to an end.  Highland Springs had won 40 straight games, to include the postseason and four straight Class 5 State Titles.  But there will not be a fifth State Championship in Class Five after Varina defeated the Springers 27-21.

Barry Hill had the game of all games as he had four interceptions along with a touchdown to snap the Blue Devils seven game losing streak to Highland Springs and advance to a Region Final for the first time since 2012.

"It's where we suppose to be," said an excited Varina Head Coach Stu Brown. "For 15 years, we were in 11 Region Finals and won seven of them things."

For Highland Springs, it came down to turnovers, similar to how Varina lost the regular season finale.  The Springers had six turnovers, four int's which led to their first loss since August of 2017.

"I think we have four interceptions, two fumbles," explained Highland Springs Head Coach Loren Johnson.  "You can't win a game in the second round of the playoffs like that."