Romaine lettuce E. coli outbreak: Do not ‘eat or use the romaine,’ officials warn 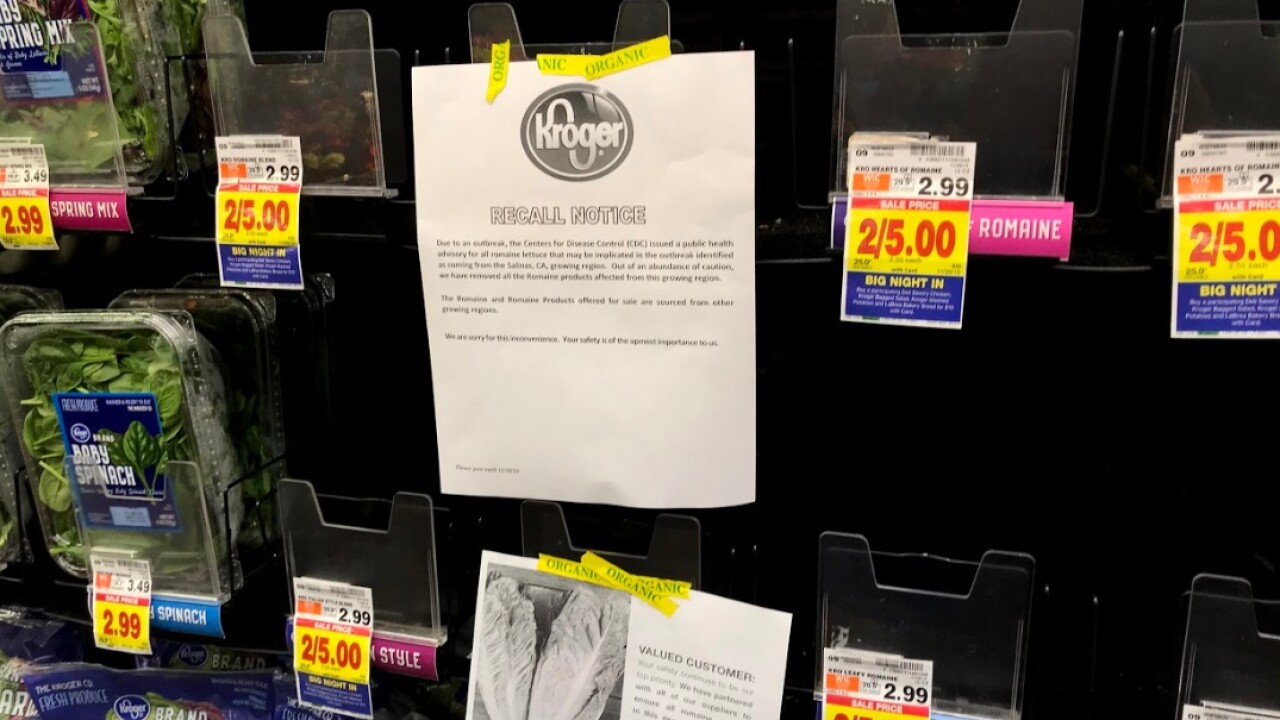 A total of 40 people in 16 states have fallen ill due to an E. coli outbreak in romaine lettuce, according to a report from the Centers for Disease Control and US Food and Drug Administration.

The agencies warn consumers, retailers and restaurants not to purchase or sell romaine lettuce harvested in Salinas, California, about 59 miles south of San Jose. The warning includes all types of romaine lettuce, according to a CDC tweet.

So far, 28 people were hospitalized, though no deaths were reported, according to the FDA. Wisconsin has had 10 cases, the most reported from the 16 states, the CDC said.

“If romaine lettuce does not have labeling information for its growing area or the source cannot be confirmed, consumers should not eat or use the romaine,” said Frank Yiannas, FDA’s deputy commissioner for food policy and response. “Restaurants and retailers should not serve or sell romaine lettuce if they cannot confirm it is from outside Salinas.”

Many grocery store shelves are bare because of the romaine lettuce recall.

This outbreak was caused by the same E. coli strain that caused outbreaks in 2017 and 2018, according to Yiannas and the CDC.

“Heading into the Thanksgiving holiday, it is critically important to avoid buying or eating romaine lettuce from the Salinas growing area so you can protect yourself and your family,” said Robert Tauxe, CDC’s director of the division of foodborne, waterborne and environmental diseases.

This strain is known as the Shiga toxin-producing E. coli, which can cause three to four days of sickness after swallowing the germ, the CDC says. Most people who swallow this strain experience possible bloody diarrhea, severe stomach cramps and vomiting, the CDC says.

Recovery usually takes about a week, but the CDC says the strain can lead to longer and more severe illness.