Tesla’s Cybertruck has become the butt of every internet joke 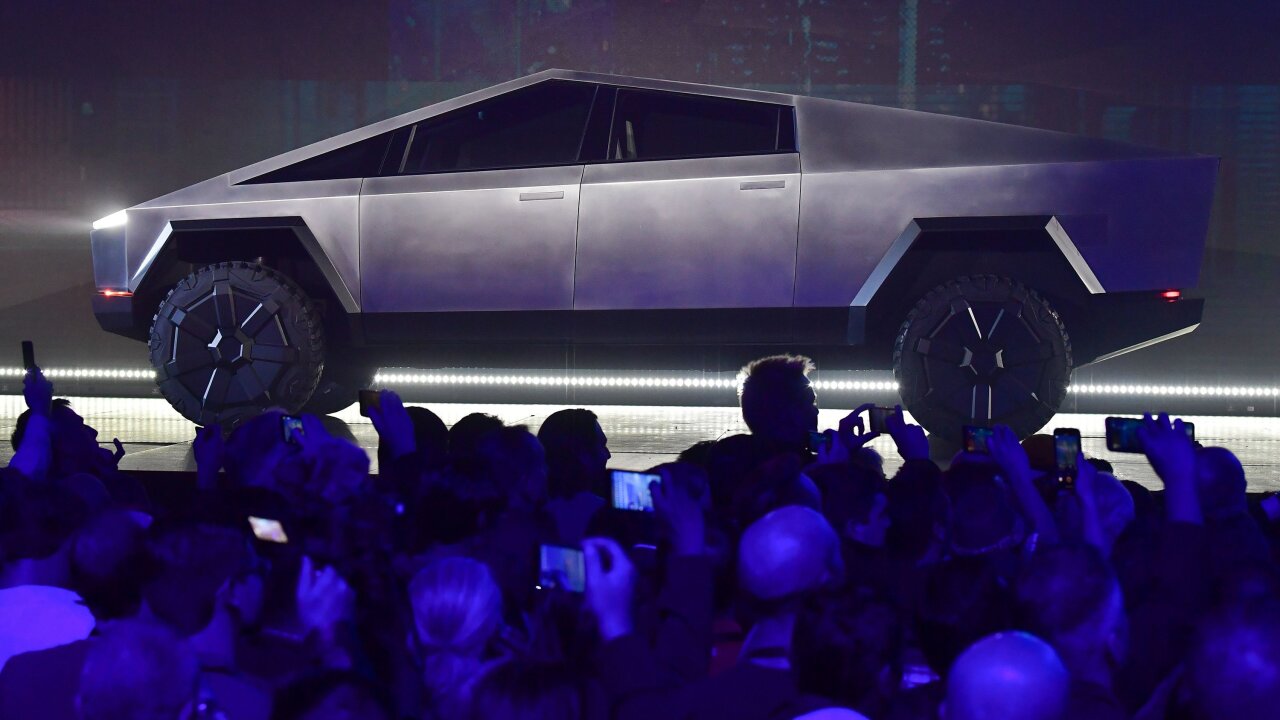 Just when it seemed like things couldn’t get worse for Tesla after the botched unveiling of its Cybertruck, the internet weighed in. Full credit: Frederic J. Brown/AFP via Getty Images

Just when it seemed like things couldn’t get worse for Tesla after the botched unveiling of its Cybertruck, the internet weighed in.

Tesla had already been embarrassed when two of the truck’s windows broke during a demonstration meant to show how strong the glass was. That proved to be the least of the indignities suffered by Tesla’s newest vehicle.

Broken windows aside, the Cybertruck’s distinct design has inspired far-ranging, creative barbs. Tesla, the company that made electric cars cool and sleek, may have misfired on its pickup.

The angular style has been compared to everything from a doorstop or an old Apple Mouse to the SpongeBob Squarepants character Flats the Flounder, or a triangle on wheels.

Others likened the Cybertruck to “The Homer,” an overwrought, ugly station wagon that Homer Simpson designed on the long-running sitcom, The Simpsons. The vehicle bankrupt Simpson’s brother. Some even described the Cybertruck as the lovechild of a DeLorean, of “Back to the Future” fame, and an El Camino.

Bottom line, those sharp contours on the Cybertruck are making people cringe.

“I cut my eyes just looking at the new cybertruck,” said one Twitter user.

There are plenty of questions about whether pickup truck buyers will have any interest in the latest Tesla.

James Cobb, a retired University of Georgia history professor who has studied southern culture and grew up hauling cotton in a pickup truck, said it’ll take time to potentially win over truck owners.

“There’s a certain level of boldness and self-confidence required to really be that person,” Cobb said. “When you go for one of these, you’re making a statement that you’re either moving on from that culture or trying to one up it.”

Cobb has watched pickups evolve from practical, utilitarian vehicles, to a way for owners to make a statement about themselves. As people moved from rural to suburban settings, he said embracing pickups was a way to chafe at suburban conformity, and feel an affinity for one’s country roots.

The Cybertruck’s design may actually distract from its major selling point: It’s electric. But there are other challenges too. Established competitors including Ford and GM are developing electric trucks, and already have legions of loyal pickup owners. GM said this week it plans to sell its first all-electric truck in the fall of 2021.

Musk started talking publicly about a pickup truck in 2013. Tesla hasn’t said when deliveries will start, but that production will near in late 2021. Prices start at $39,900 and can exceed $70,000, with certain options such as a larger battery and Autopilot.

Berk Talay, a marketing professor at the University of Massachusetts Lowell, believes it’s too early to tell how consumers will ultimately react to the truck.

“We might expect, just as with any radical innovation in the tech industry, to see some super fans and super skeptics,” Talay said.

So far, the skeptics are speaking loudest.