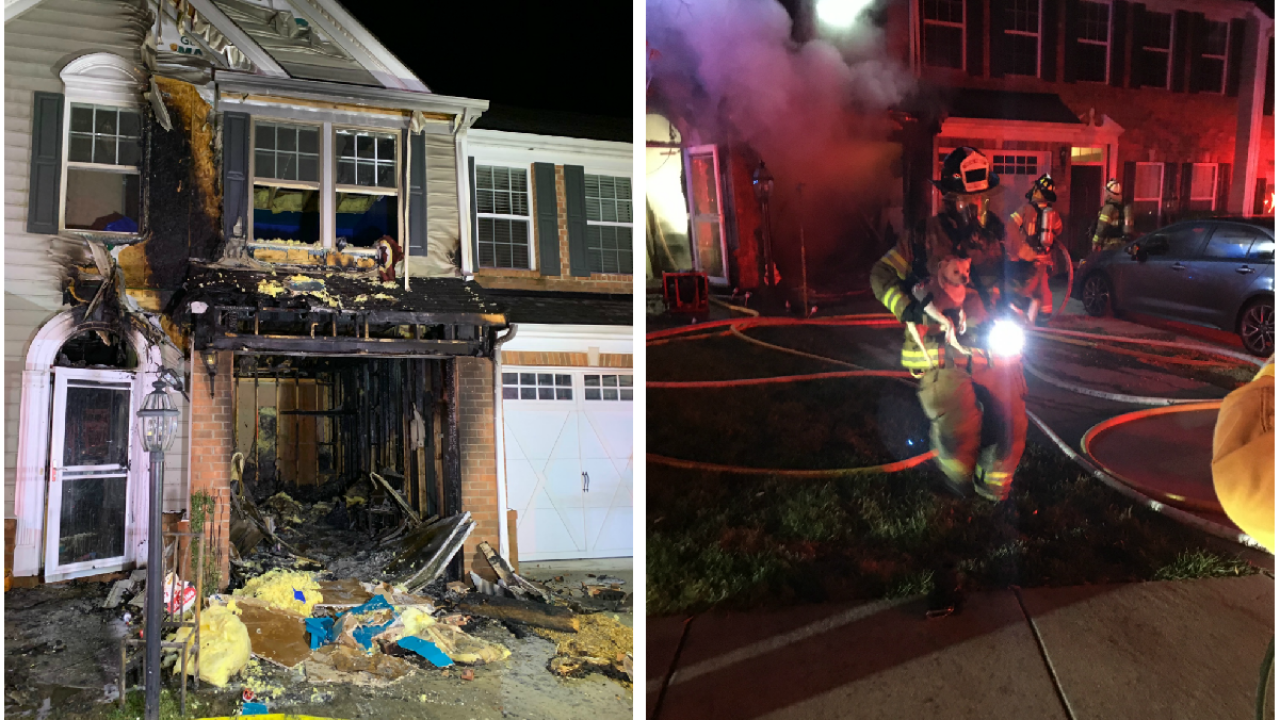 NEW KENT COUNTY, Va. – A family has been displaced and several pets were rescued after a townhouse fire in the Providence Forge area of New Kent County Thursday night.

New Kent Fire-Rescue responded to a townhouse fire in the 10000 block of Carolina Cherry Circle in the Oakmont Villas subdivision at approximately 10:51 p.m.

The homeowners escaped the home prior to units arriving, however, two dogs and a cat were still inside of the home.

When crews arrived at the scene, they were met with heavy fire from the garage extending to the second floor.

Crews were able to rescue two dogs and one cat from the residence. They are being treated for smoke inhalation and are expected to recover.

Officials say the fire caused significant smoke and fire damage throughout the townhouse. No other townhomes were damaged.

The New Kent County Fire Marshal’s office has determined that the fire was accidental and caused by paper products in close proximity to a space heater.