Finding the missing pieces: How you can help this Richmond woman find her birth parents 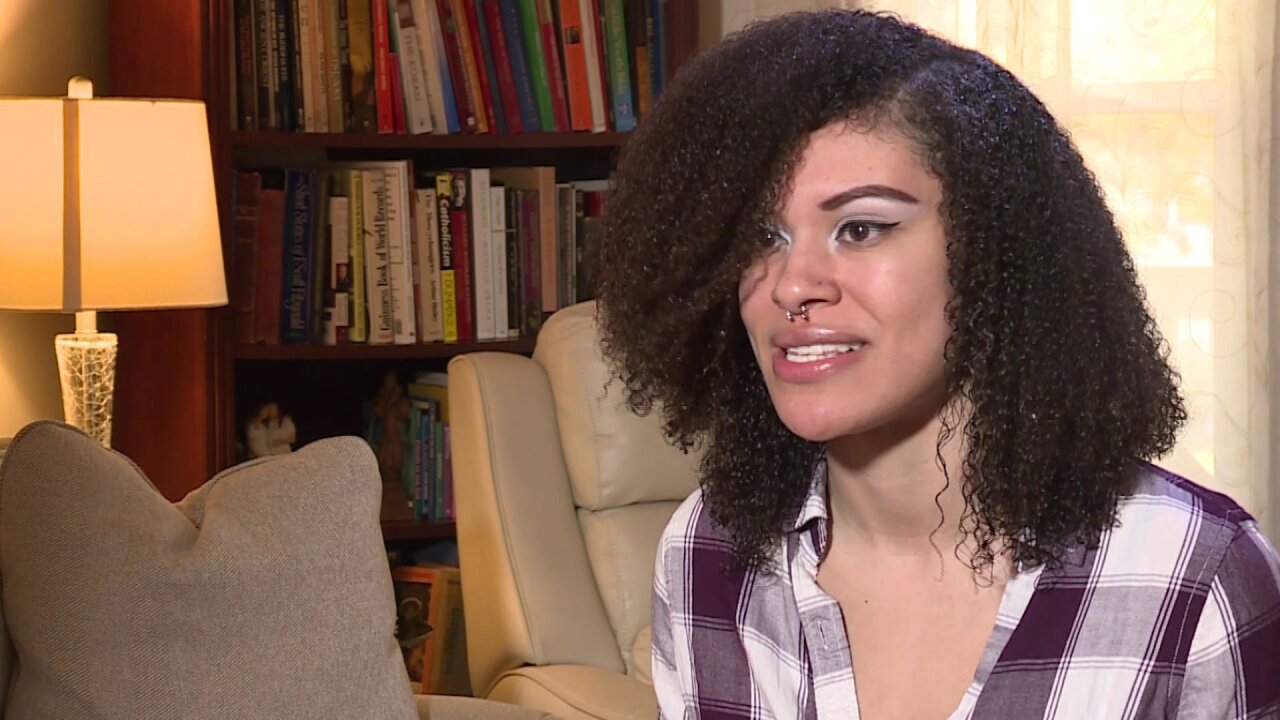 RICHMOND, Va. -- It’s been 18 years since Alex Goin last saw her birth mom after being adopted into a new family.

"Her birth mother would send usually a birthday card and a Christmas card with a gift. She always sent a gift; it wasn’t just a card. So, yea there was quite a bit going back and forth in the beginning.," said Alex’s adoptive mom Virginia Goin.

But now at 23, Alex is looking into her past to find her birth parents.

At five and a half years old Alex, then Starr Moonlight Angel was adopted. A moment her mother says she'll never forget.

“After meeting her we got in the car and we hadn’t even pulled out the car before the boys, Charles and I were like, ‘ok, this is a go, right?"

So many new things happened during that first year for Alex, from Girl Scouts to going to school for the first time.

She had transitioned well during that time and was happy, but her mother, Virginia always knew something was missing for her. Something she knew Alex would one day realize as she got older.

Years later the Goin family reached out to Jewish Family Services, the adoption agency that brought them together, hoping they could help in filling in the blanks.

"Her original birth certificate but everything is blacked out because there is no identifying information," said Virginia.

Alex's adoption was a closed case. Her mother originally wanted it to be open but says it was suggested during the process that it be closed.

"I didn’t realize what closed meant for later on down the road, unfortunately," said Virginia.

They are unable to get the birth names and dates of Alex's birth parents due to the law.

"An adoption in which the identity of the adoptive parents and birth parents are kept confidential during the process of adoption and records are sealed upon finalization of the adoption, as prescribed by law."

But the adoption agency continued in their efforts to help by searching for them and after a 90-day process, they found social media accounts of both parents who were last known to be in the Richmond area.

So, they sent them messages online, but have not yet received a response.

"Because... I know there was an intent to meet her, to see her, to reconnect with her," said Virginia.

She's also writing a book on her life.

"It would be nice if I could end the book on a happy note, saying that I found them, that I graduated college. Here I am. To see the progression."

She is optimistic that sharing her story will lead to that long-awaited reunion.

"So, I am hoping that if it is on the news and they see the story possible or if someone that knows me by my birth pictures… that you know they will reach out," said Alex. "She said that she would love to meet me again and this is not the last time we would be meeting."

If you recognize Alex or can help find her birth parents, click here.