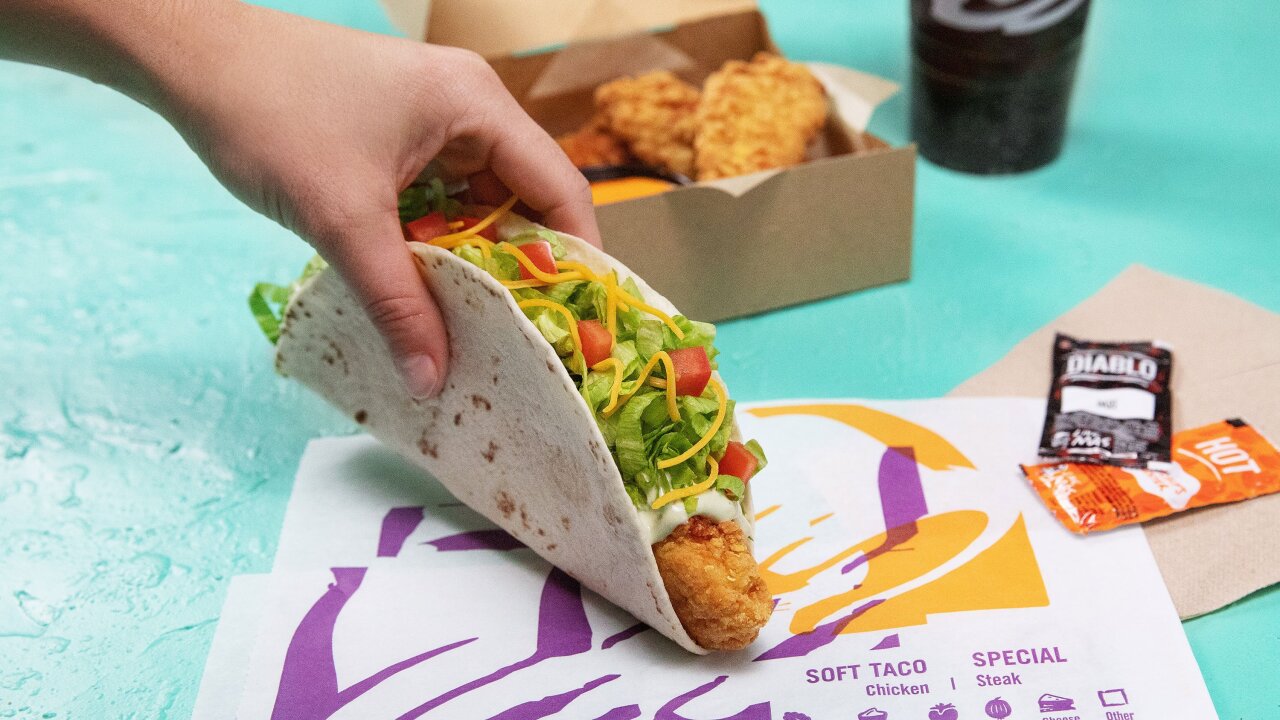 The Texmex chain’s fried, spicy Crispy Tortilla Chicken isn’t enjoyed between two buns, but it can be rolled up in a taco.

Have we reached crispy chicken sandwich fatigue yet? Because Taco Bell wants in, even though its entry into the fast food wars isn’t really a sandwich at all.

The house of Doritos Locos Tacos and the mystifying Crunchwrap Supreme is scaling back the theatrics with Crispy Tortilla Chicken — aka, chicken strips breaded with jalapeno buttermilk and tortilla chips. By Taco Bell standards, this dish might even be considered pedestrian.

Notably one of the few menu items without “supreme” in the title, the strips can be enjoyed rolled up in a soft taco or dunked heartily into some dip, the chain says. You won’t find any buttered brioche buns at this establishment.

The spicy strips may not pose an immediate threat to Popeyes’ now legendary chicken sandwich.

They’re rolling out at Taco Bells in Dayton, Ohio, and Houston before declaring worldwide domination.

Will Crispy Tortilla Chicken inspire the same fanfare as its chicken sandwich competitors? It’s too soon to say. But with a starting price of $1.99 for the taco version, at least any long waits in line won’t cost much.