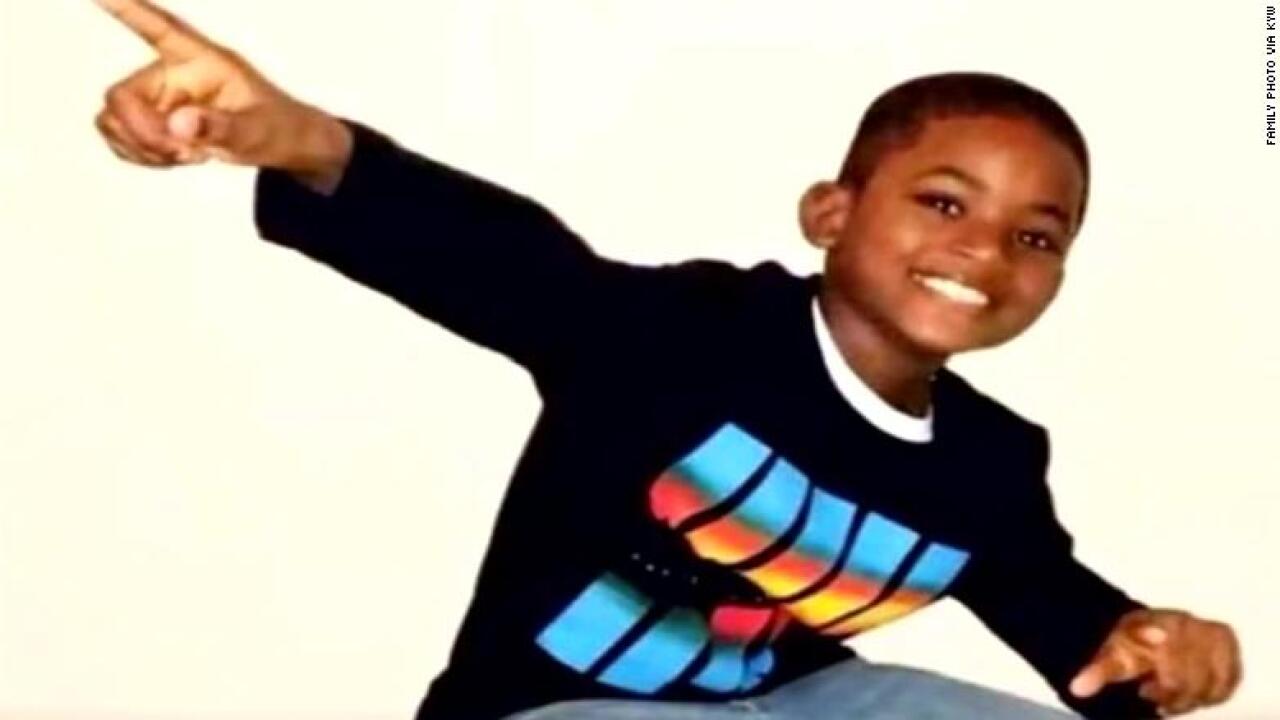 Micah Tennant, a 10-year-old who was injured in the shooting at a New Jersey high school football game, has died.

Micah Tennant, a 10-year-old who was injured in the shooting at a New Jersey high school football game, has died.

Hours after 10-year-old Micah Tennant died from gunshot injuries he suffered at a New Jersey high school football game last week, both teams locked arms to remember him in a moment of silence.

Micah was one of three people injured in the shooting Friday night in Pleasantville, about an hour outside of Philadelphia, at the end of the third quarter of the game between Camden and Pleasantville high schools, authorities said.

A 27-year-old-man and a 15-year-old boy were also hurt. The injured adult male had a gun at the game and faces weapons charges, police said.

The Philadelphia Eagles offered to host the end of the suspended playoff game at Lincoln Financial Field, and the teams gathered Wednesday to make up the last 17 minutes of play.

Before the national anthem played, the announcer told the crowd Micah had died of his injuries. The teams observed a moment of silence.

“Words at this time seem so insufficient to portray the anger and outrage that our community feels,” Tyner said in the release. “However, his spirit will live on in so many people that he inspired.”

Some athletes chose to display the number 10 on their uniforms, the announcer said.

“Our thoughts are with his family, loved ones and all impacted by this news,” the announcer said. “Today, we join with Micah’s family and this community to demonstrate that acts of violence do not win.”

Our thoughts are with Micah Tennant and his loved ones. pic.twitter.com/QE2lC2pgTg

Micah was also known as, “Dew,” according to a GoFundMe page that had raised more than $26,000 by Wednesday.

Tyner said charges against 31-year-old Alvin Wyatt, one of five men charged in connection with the shooting, were upgraded to murder. CNN is trying to determine whether he has an attorney.

Four other men who attended the game were charged with unlawful possession of a weapon and another weapons charge, Tyner said in an earlier statement.

Video from CNN affiliate WPVI showed football players and attendees scrambling after the shots were fired last Friday. People were seen hopping fences, diving under bleachers and lying down on the field as the chaos unfolded.

Some things are bigger than football.

Thank you to everyone who helped make today's game possible. pic.twitter.com/ZpBYVpR8QP

Pleasantville senior Ernest Howard returned to the Pleasantivlle field Wednesday morning. He said he sat in the stands where Micah sat “wondering why, why it happened to him,” CNN affiliate KYW reported. Howard changed his number to 10 to honor Micah.

At the stadium, the players met members of the Eagles, KYW reported. Eagles quarterback Carson Wentz said the team wanted to bring the high school athletes joy and hope and “put a smile on their face.”

With just 5:53 remaining in the game, Camden scored a touchdown and a 2-point conversion to take a 14-0 lead over Pleasantville. In the end, Camden won, 22-0, the New Jersey State Interscholastic Athletic Association, the governing body for New Jersey’s high school sports, said in a tweet.

“Some things are bigger than football,” the Eagles said in a tweet. “Thank you to everyone who helped make today’s game possible.”