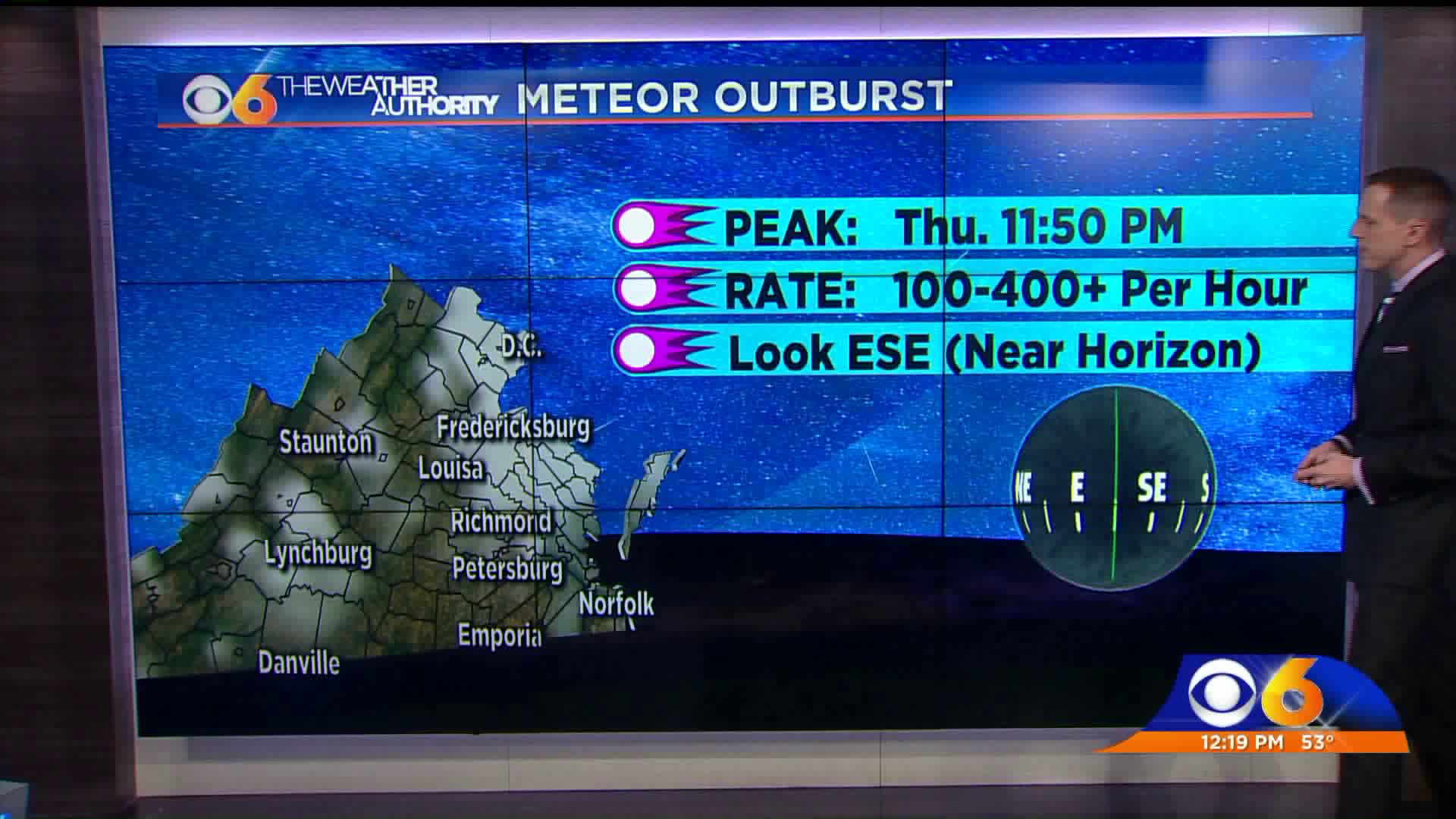 Dry weather is expected, but there will be some clouds around 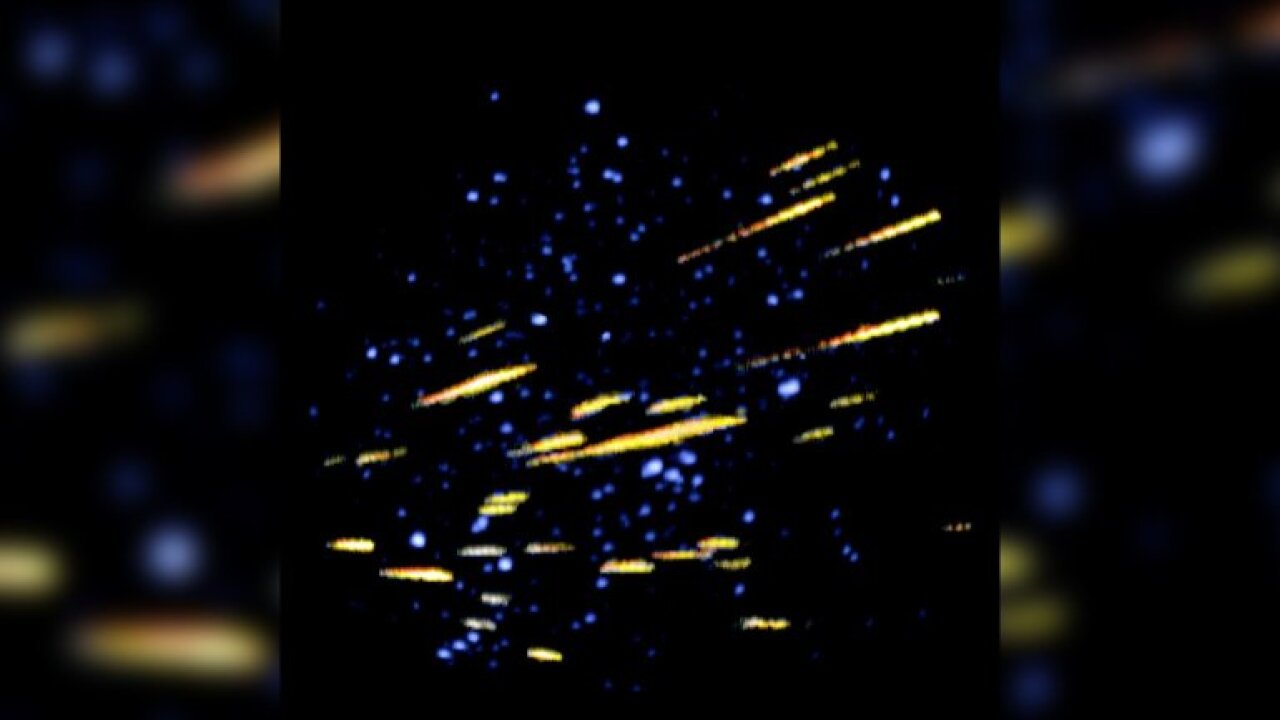 Two meteor scientists, Peter Jenniskens and Esko Lyytinen, shared their prediction for an outburst by the alpha Monocertoid meteor shower on November 21.

Prepare to set your watch so you don't miss the potential for a very limited and rare dazzling display in the night sky that could include up to 400 meteors.

The exact time of the outburst has been calculated to 11:50 pm ET.  It will likely only last for a short time, with the peak of the outburst lasting for about 15 minutes and the entire shower clocking in at 40 minutes. The brightness of the moon isn't expected to interfere since it will be waning.

The best views will be in South America, eastern North America, western Europe and northwestern Africa. The radiant point of the meteors is in the Monoceros, the Unicorn constellation, near Orion the Hunter.  In Virginia, cloud cover could hamper viewing.

So why is this such a big deal? The alpha Monocertoid meteor shower usually happens each year around November 21 to 23, but during a normal shower it only produces a few meteors each night.

The large outbursts of this shower previously occurred in 1925, 1935, 1985 and 1995, with the outburst being a complete surprise for each of those years, except when it was predicted in 1995, according to the American Meteor Society.

The meteor shower comes from the dust trail of an unknown comet, the meteor scientists said. And the stream of meteoroids only intersects Earth's orbit sometimes, which is what makes this potential outburst so rare.

The conditions are lining up the way they did in 1995, so the meteor scientists are hopeful, but remind everyone that this is only a prediction.

During the 1995 outburst, the hourly rate of meteors was around 400. If the prediction is correct and that happens again, skygazers can expect to see around seven meteors streaking across the sky per minute. But the rate could actually mean two to three meteors close together and then another minute before activity picks up again. They'll be moving at about 140,927 miles per hour.

The scientists suggested that people prepare to observe the sky an hour before the predicted time in case the shower begins earlier.

Find an open area away from the city that will afford you a wide view of the sky, and don't forget to bring a blanket or chair and dress for the weather. Allow yourself time for your eyes to adjust to the dark. And you won't need binoculars or telescopes to enjoy the show.