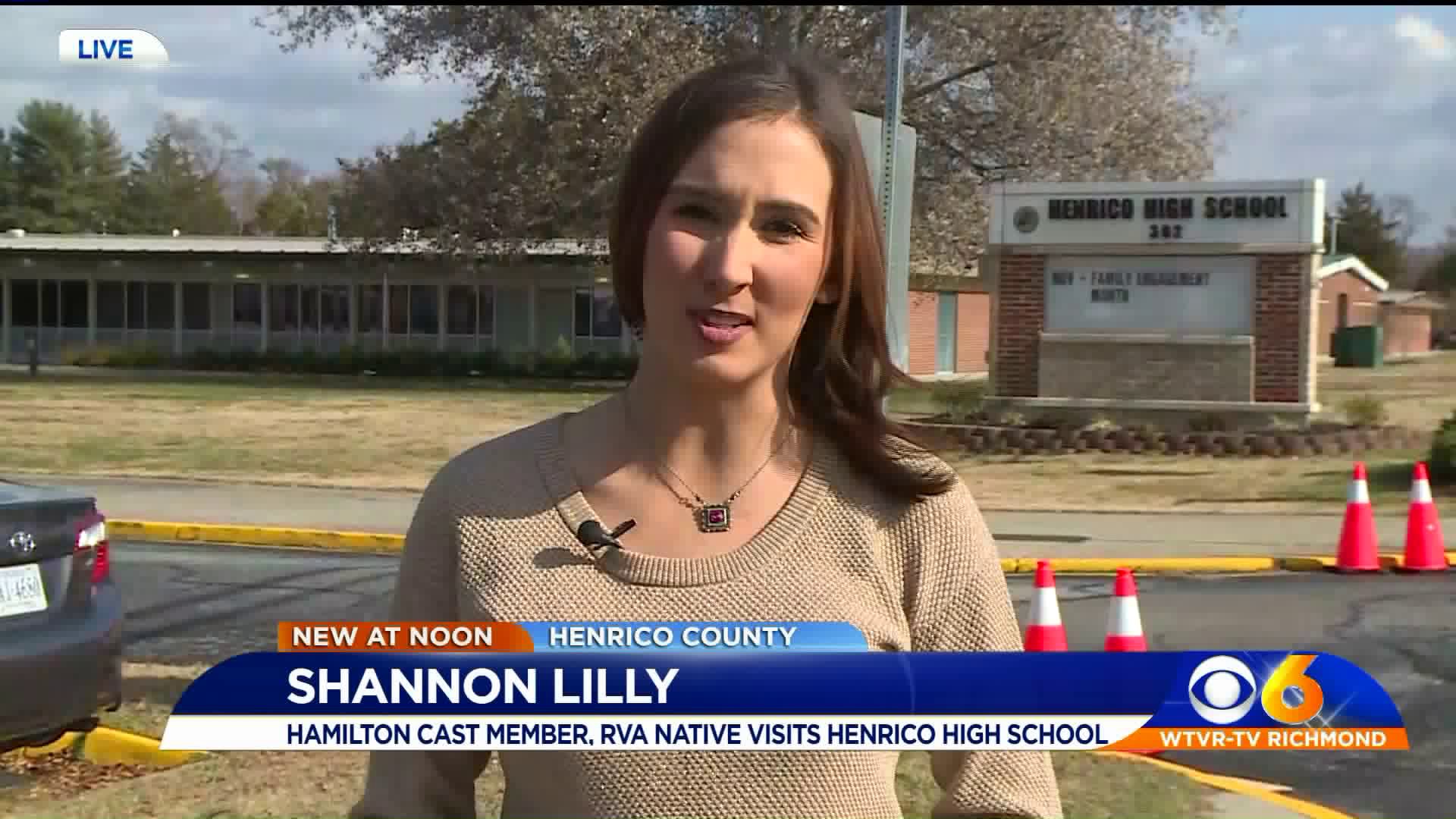 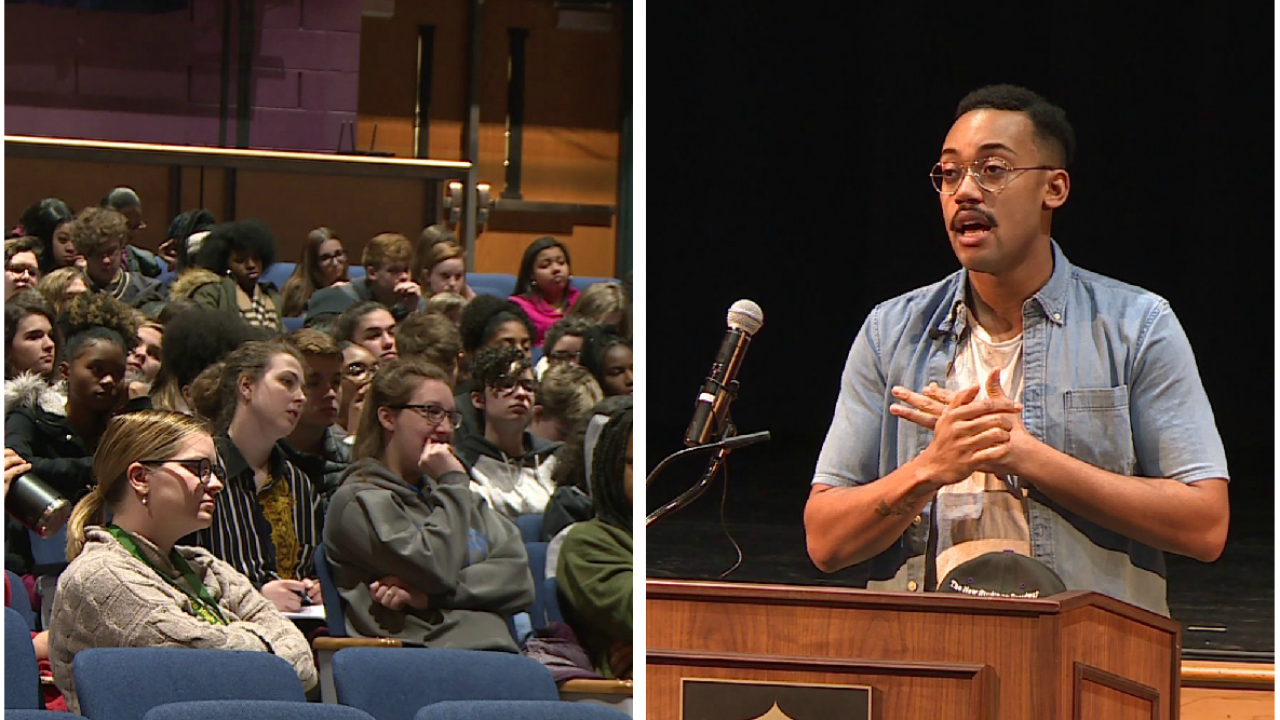 HENRICO COUNTY, Va. -- A cast member in the wildly popular Broadway show 'Hamilton' came to the Center for the Arts at Henrico High School Wednesday morning.

Taylor Daniels is a member of the Hamilton ensemble and a Richmond native who previously studied at the Richmond Ballet.

He spent his morning sharing dance moves and getting students involved in singing some of the show's most popular music -- giving them 'the inside scoop' of what to look for when they see the show.

"I really like his way of explaining every move and having all the dances be so intricate even though they were just like pedestrians as they were saying," said Chelsea Goode, a senior at the school. "He was kind of neurotic, and I was like, 'I like that.'"

Daniels also gave some background on the industry, including the strenuous audition process he had to go through to land the role.

"I was doing shows and touring and auditions for Hamilton for five years before I got it," said Daniels. "If you want something deep enough you have to have the drive for it, and you have to put everything into perspective so you have to know what’s attainable, what you have to push yourself for. But I will tell you after doing the show for a year, it’s hard and it never gets easier, but that’s kind of the beauty in it because it never ceases to amaze me how much fun it is every night."

Dr. Stephanie Poxon, Center for the Arts at Henrico High School Director, said professionals in the field often come speak to students through the school's Guest Artist Program. But she said the opportunity to learn from a Hamilton cast member was one of a kind.

"It’s nice when the students see someone they can look at that person and say 'I can be him, I can do that. I’m doing that. I study at Richmond ballet too. I could do what Taylor’s doing,'" said Poxon.

Center for the Arts also planned to host two other Hamilton guest artists in the afternoon to teach dance workshops.