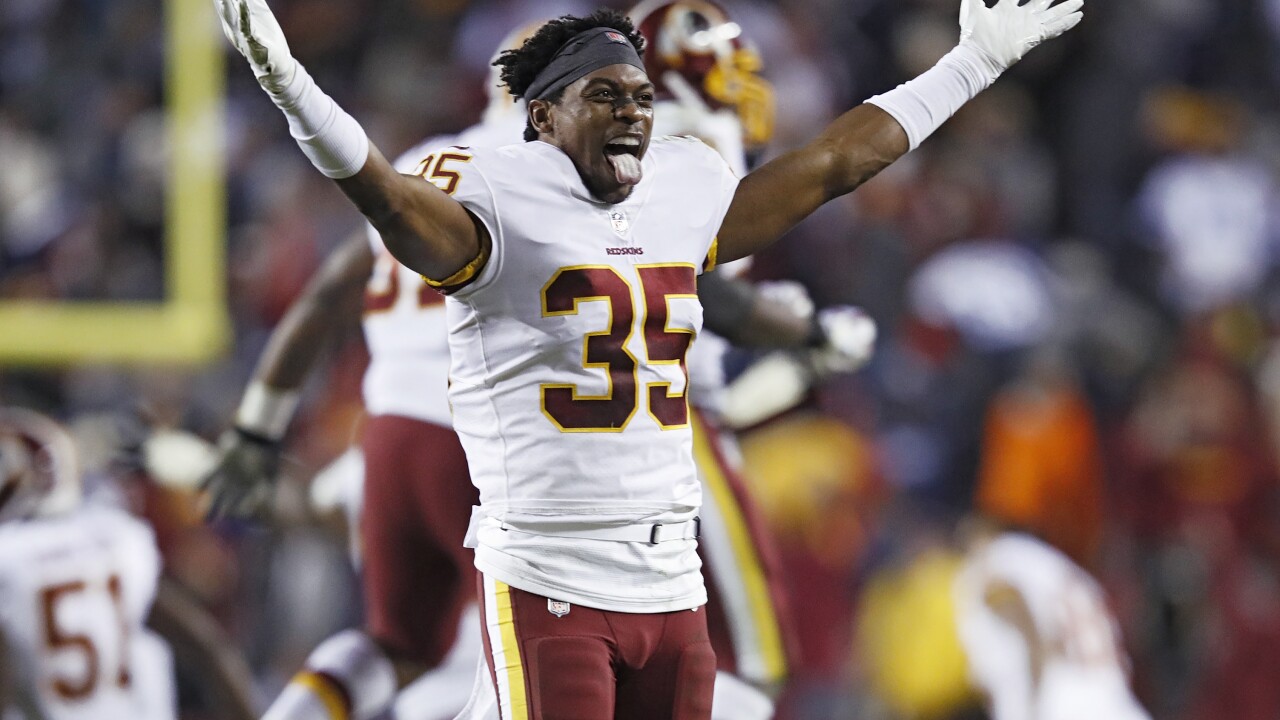 LANDOVER, MD – OCTOBER 21: Montae Nicholson #35 of the Washington Redskins reacts after a missed field goal by the Dallas Cowboys as time expired in the game at FedExField on October 21, 2018 in Landover, Maryland. The Redskins won 20-17. (Photo by Joe Robbins/Getty Images)

LANDOVER, MD – OCTOBER 21: Montae Nicholson #35 of the Washington Redskins reacts after a missed field goal by the Dallas Cowboys as time expired in the game at FedExField on October 21, 2018 in Landover, Maryland. The Redskins won 20-17. (Photo by Joe Robbins/Getty Images)

She arrived at a suburban Washington, DC, hospital around 1:30 a.m. Thursday unconscious and unresponsive. Julia E. Crabbe was suffering from an apparent overdose, authorities said.

She died in the emergency room, the Loudoun County Sheriff’s Office said.

The Washington Post on Tuesday reported that pills, marijuana and foil with some kind of residue were found at the Ashburn home, which belongs to Washington Redskins safety Montae Nicholson. The search warrant, which was made public on Tuesday, does not say who the drugs belonged to or where they were found in Nicholson’s home.

CNN was unable to independently obtain the search warrant on Tuesday.

Authorities are trying to determine Crabbe’s whereabouts before she died. Nicholson is cooperating with the investigation, his attorney told CNN.

“Mr. Nicholson has no knowledge of the narcotics that were found. They would have belonged either to the victim or a guest of the home. Mr. Nicholson did not provide her with narcotics,” Mark Dycio said in a phone interview on Tuesday.

Dycio said the focus shouldn’t be on where Crabbe died but instead on “the drug epidemic ravaging this country.”

Dycio told CNN that Nicholson stayed with Crabbe the entire time she was at the hospital.

Nicholson declined to talk to reporters at the team practice the day after Crabbe’s death.

The Washington Redskins said then the team was “aware of the tragic event,” and had alerted the league office. The team said it is cooperating with authorities.

Days after Crabbe’s death, her family and friends held a vigil to honor her memory.

“Love you, Julia,” they said out loud, holding candles in the air, CNN affiliate WJLA reported.

“It just saddens and breaks my heart that I’m not going to be able to see her get married, and have kids, and live a beautiful life,” Crabbe’s aunt, Kim, told the station. “She was just at the beginning of … the journey of her life.”

Another relative told the station the family is confused about what happened.