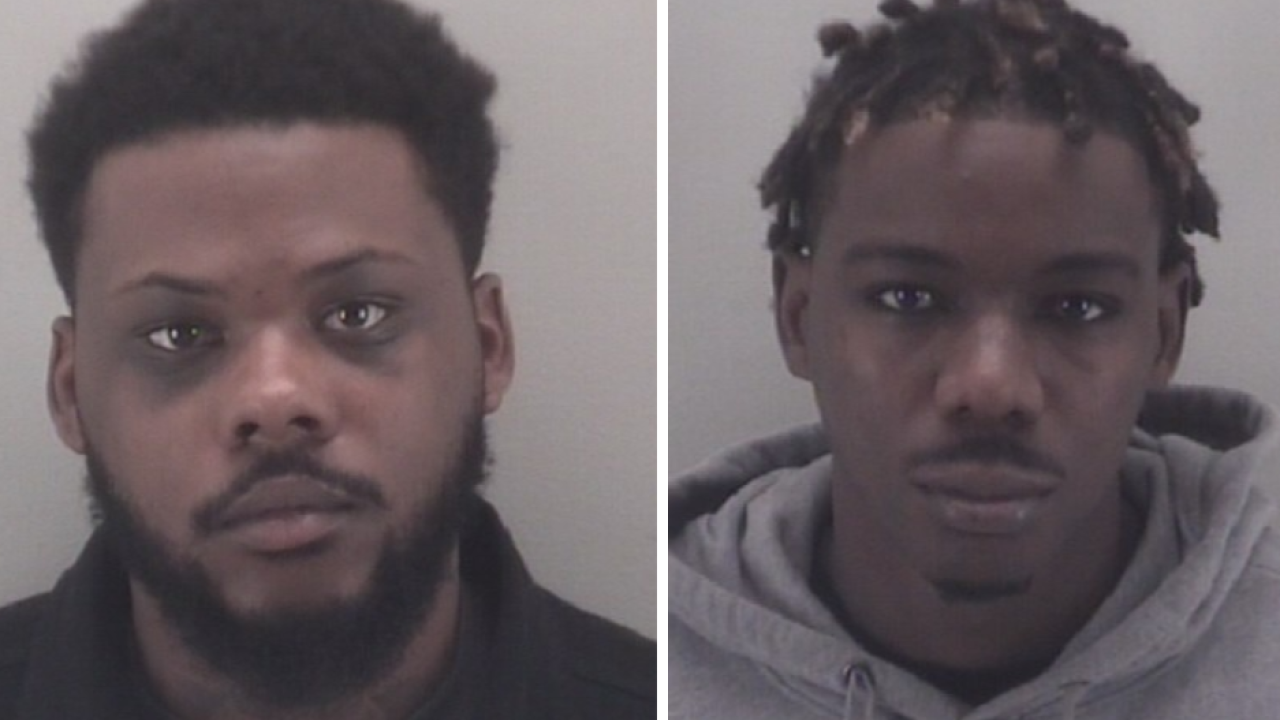 At approximately 2:30 a.m on Sunday, October 6, RPD officers heard gunshots and responded to the 1700 block of East Broad Street for the report of a person shot.

Once on scene, they found Devon A. Lyles, 22, of the 2100 block of Mandalay Drive. He had been shot and was pronounced dead at a local hospital around 30 minutes later. Detectives determined that Lyles was shot in the 200 block of N. 18th Street and ran to the 1700 block of East Broad Street where he collapsed.

Raymond R. Mason, III, 23, of the 3700 block of Autumn Drive, Petersburg and Raeqwon C. Hinton, 23, of the 25000 block of Front Road, Petersburg were arrested without incident this week by the U.S. Marshals Regional Fugitive Task Force.

Anyone with information about this homicide is asked to call Major Crimes Detective A. Darnell at (804) 646-3927 or contact Crime Stoppers at (804) 780-1000 or at www.7801000.com. The P3 Tips Crime Stoppers app for smartphones may also be used. All Crime Stoppers methods are anonymous.