Taco Bell wants you to take its tacos, stick ’em in a blender, and serve them as bisque this Thanksgiving 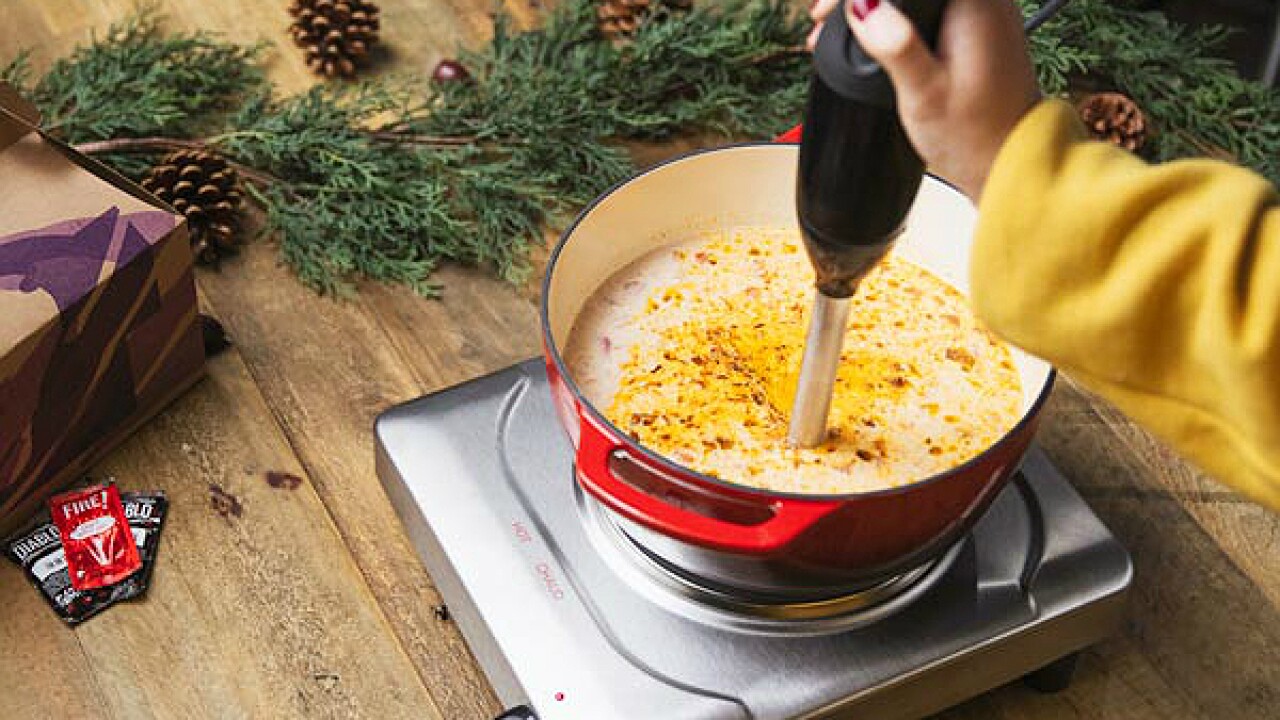 Instead, the food chain wants you to serve blended Taco Bell Rolled Chicken Tacos at your traditional holiday dinner.

And if you can’t imagine anything more delicious then a clump of Diablo sauce butter atop your fluffy bread roll, think again.

Taco Bell has taken your mother’s beloved bisque recipe and turned it into its Rolled Chicken Tacos Bisque.

The food chain has released the recipe to this simultaneously horrifying and thrilling concoction on its blog for all to use.

You’ll need a few more ingredients, including garlic, onion, broth, heavy whipping cream and cilantro. To pull the whole thing together, Taco Bell recommends you use a cast iron stockpot because they apparently don’t play around with those dinky regular pots.

Sauté your onion and garlic. Add a few more items and simmer until it becomes delightfully aromatic, blah, blah blah.

Go ahead and brace yourself for the most important and horrifying step.

Take four Rolled Chicken Tacos (quartered, because you are not an absolute savage) and plop them into your soup mixture.

Reduce the heat and simmer for 10 minutes. While simmering, you should take a moment to reflect on what you’ve just done and how it will impact the rest of your life. (Reflecting is not a step in Taco Bell’s recipe, but it seems like it needs to be included. You will need to simmer.)

You will then take your soup and blend it with a cup of heavy whipping cream like some demented fast-food Julia Child until it becomes a creamy “bisque.”

At this point, you will never be able to reverse what you have done and must garnish it as if everything is fine, and you are fine, and your friends and family will be fine after consuming it. Garnish options include cheese, a lime wedge or cilantro.

But wait. It gets … stranger?

The coup de grâce for your Frankenstein-esque creation is the addition of two tacos on the side. For dipping. You will then be able to dip those tacos in their own weird taco juice and call it a meal.