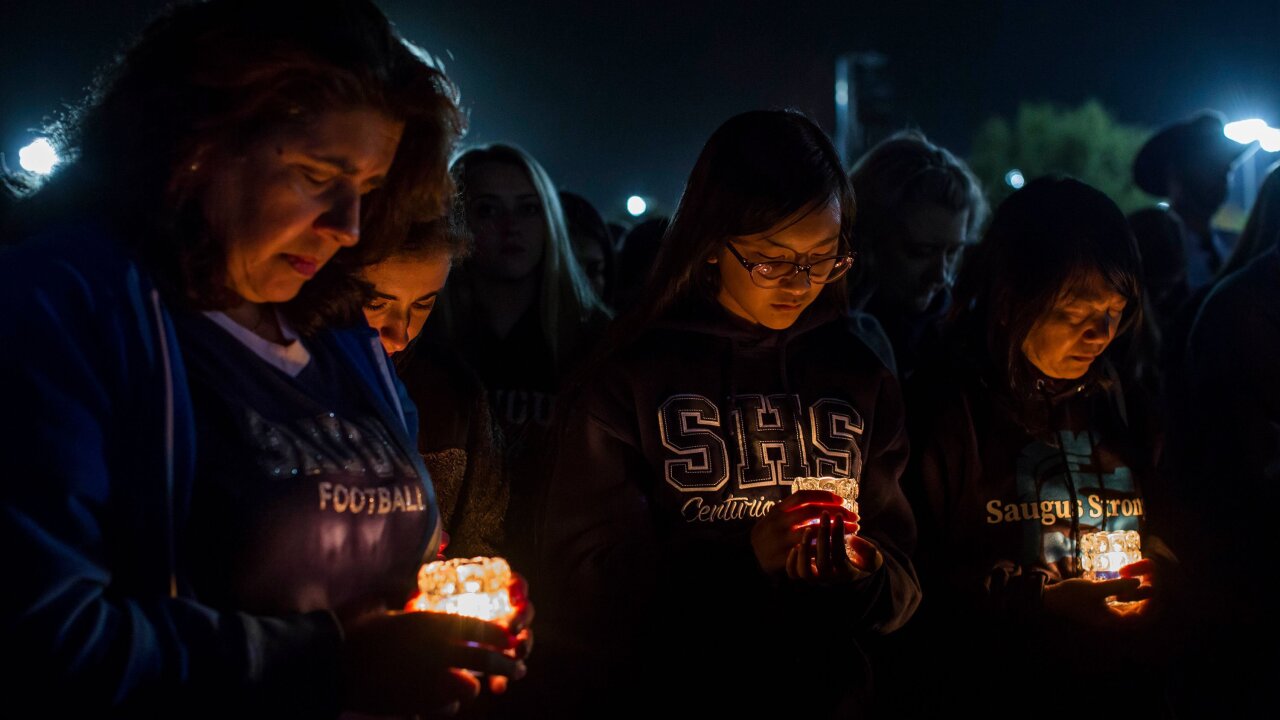 Thousands of Californians united in grief Sunday night to remember the young victims of the Saugus High School shooting.

Many wore matching jerseys that read “S Strong,” a declaration of resilience after the Thursday’s attack that killed Grace Anne Muehlberger, 15, and Dominic Blackwell, 14.

More than 10,000 mourners gathered at the vigil at Central Park in Santa Clarita, the Los Angeles Sheriff’s Department said.

Grace’s brother, Riley Muehlberger, broke down as he told the crowd about his “gorgeous, radiant, angelic, caring, intelligent and energetic” sister.

“I watched you grow more and more every day,” he said.

“My favorite about you, Gracie, was how funny you were. You were always able to put a smile on my face, and that’s one of the things I’ll miss the most,” he said.

“Thank you for being the best sister ever. I wouldn’t want anyone else. Until I see you again, I love you, Gracie.”

Mourners also grieved the death of Dominic, who was a member of the school’s Junior Reserve Officers’ Training Corps (JROTC).

“The school shooter took away one of my friends,” Andrew Gardetto said, according to CNN affiliate KTLA. “He injured me, he injured many people and he traumatized the entire school and community.”

Authorities said the gunman, Nathaniel Berhow, took a .45-caliber pistol from his backpack at the quad area of the high school, about 40 miles northwest of Los Angeles.

Investigators said he appeared to fire at random before shooting himself on his 16th birthday. He died the next day.

The motive for the attack remains a mystery.

“There’s nothing really that stands out (with the suspect). He wasn’t a loner. Wasn’t socially awkward. Was involved in student activities. Student athlete,” Los Angeles County Sheriff Alex Villanueva said.

“This is kind of out of the blue, shocking pretty much everyone who knew him.”

There appears to be no connection between the shooter and the victims other than all were students.

Saugus High School had an active shooter drill just a few weeks ago, the sheriff said. The faculty and students did exactly as they were trained, he said.